If you ask Physics nerds to talk about Physics, chances are they are going to make Physics sound like the bee's knees, the coolest freaking stuff ever. I'm serious, The American Physical Society says: "Physics is crucial to understanding the world around us, the world inside us, and the world beyond us. It is the most basic and fundamental science. Physics challenges our imaginations with concepts like relativity and string theory, and it leads to great discoveries, like computers and lasers, that lead to technologies which change our lives—from healing joints, to curing cancer, to developing sustainable energy solutions."

Okay, yeah, when you put it like that... Physics sounds awesome as heck. But sitting in a Physics class? Most of us are much less enthused by the intricate ins and outs of daily class and most importantly: why on earth do so many physics teachers have monotone voices? It's not okay.

Tumblr user kaijuno, who describes herself as “Astronomer. Photographer. Science Educator. Show Host With the Most,” is currently at college studying Astrophysics, Mathematics, and History. But what nerdiness you don't detect already, prepare yourself for: kaijuno has been sharing wholesome, heartwarming details about their physics professor and quite frankly I don't know a single person who could read this and not think, "I need to take that class, right now." We're finding ourselves especially sold that this is the best professor ever because he has a cat named Pants who eats salami. But it just keeps getting better!

Okay, I can see the point, he has an absolutely adorable smile. Also, it takes a special personality to bring a balloon to a class full of angst-filled college students in an effort to cheer them up. That's dedication. A lot may be an understatement. Two kinds of nerds, one level of appreciation for science. In just a short month, her Tumblr post accumulated almost 140,000 notes from being shared and commented on, it was clear that people on Tumblr adore teachers.

Responses to the original post have continued to roll in, including lighthearted jokes about having a crush on the teacher! 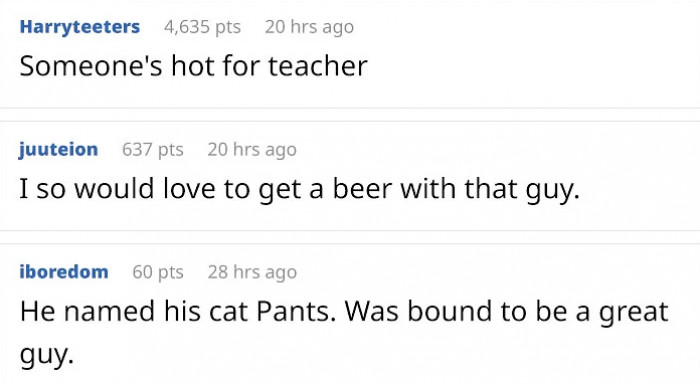 But a lot of people commented to the tune of "good teacher," and that's something you just cannot argue with. The impact a positive-minded teacher has on students is almost unimaginable, but I can guarantee if you talk to anyone who has a fondness for learning or anything that may be socially deemed nerdy, they have a favorite teacher they could tell you stories about. 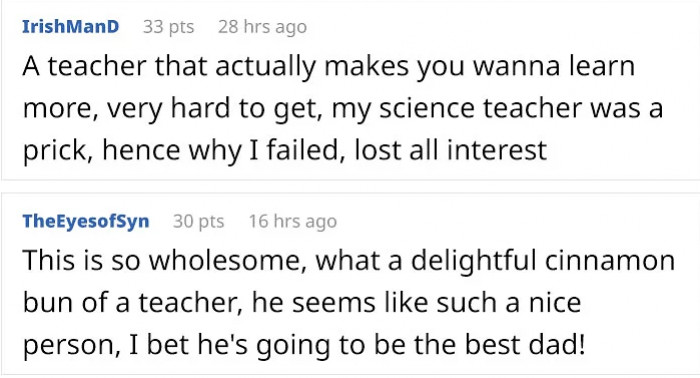 The power of an adorable, wholesome, dedicated educator: priceless. 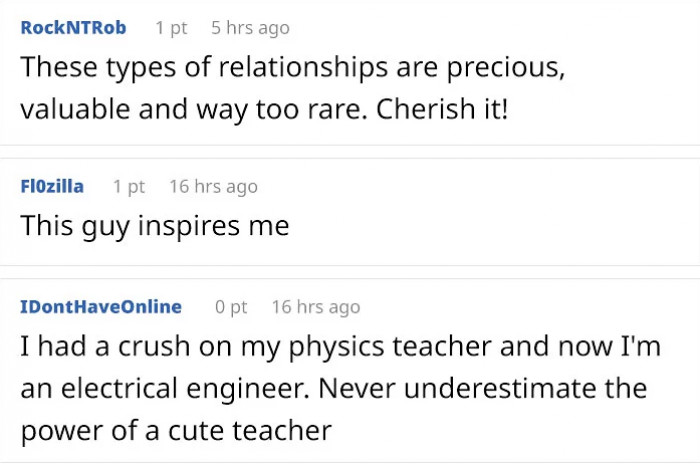