Australia's summer in December 2019, continuing on to today, brought catastrophic events to the continent, and devastatingly enough, they have yet to be diminished. Since it began, more than 100 fires have taken over the surface of the country. By the time December came near, the wildfires had already scorched an area of approximately 10,000 square miles in Australia’s New South Wales territory.

Today they're so minacious that the satellites can detect the severity from outer space. Now scientists and astronauts alike are studying and tracking the situation from the International Space Station.

So much smoke has has generated from these fires across the Australian land, that it has travelled almost 7k miles away to Chile. News reporters have admitted that the typically cloudless skies of Chili have suddenly turned dark and hazy.

In New South Wales alone, the roaring fire has taken more than 1,500 homes and inching to 5 million hectares of land. It's also stolen 20 people's lives and over 1 billion animals' lives. As if this couldn't get any worse, Nasa Goddard Space Flight Centre reported "that the enormous pulse of CO2 from the fires was equivalent to almost half Australia’s annual greenhouse gas footprint.”

The Himawari-8 satellite captures images of the western part of the Earth once every 10 minutes. 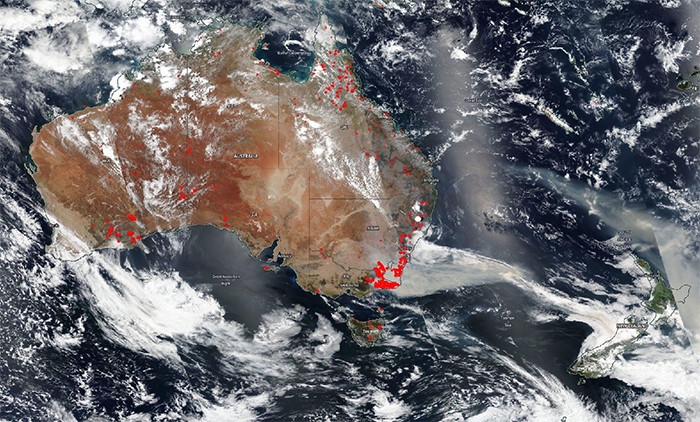 You can clearly see their anxiousness in true form.

Australia has experienced such a monstrous drought, the fires have rapidly spread. 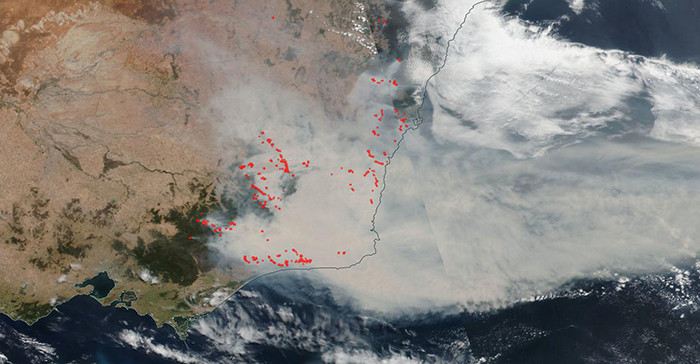 It's unbelievably difficult to grasp just how disheartening the extent of these fires are. 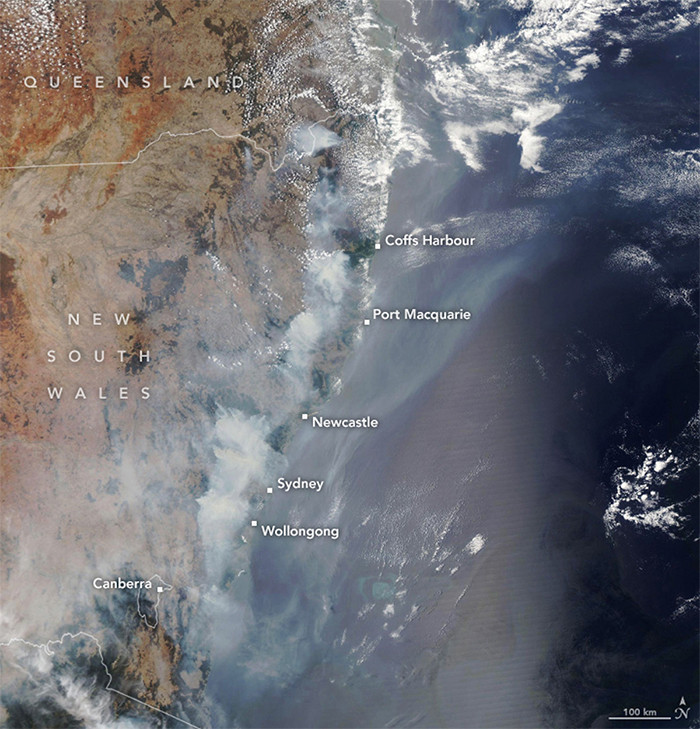 The smoke plume can now be compared to the size of half of Europe. 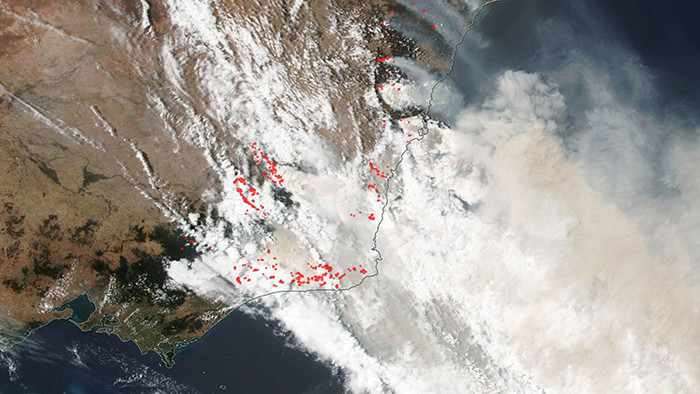 And it continues to lurk, closer and closer to Chili and New Zealand. 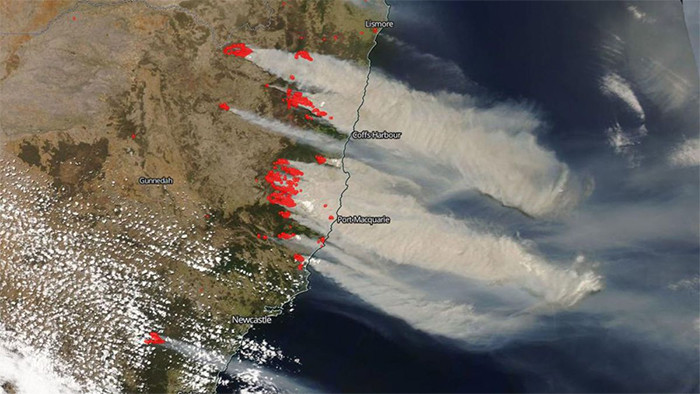 As of January 6th, 69 of 136 fires burning across New South Wales have still not been quenched. 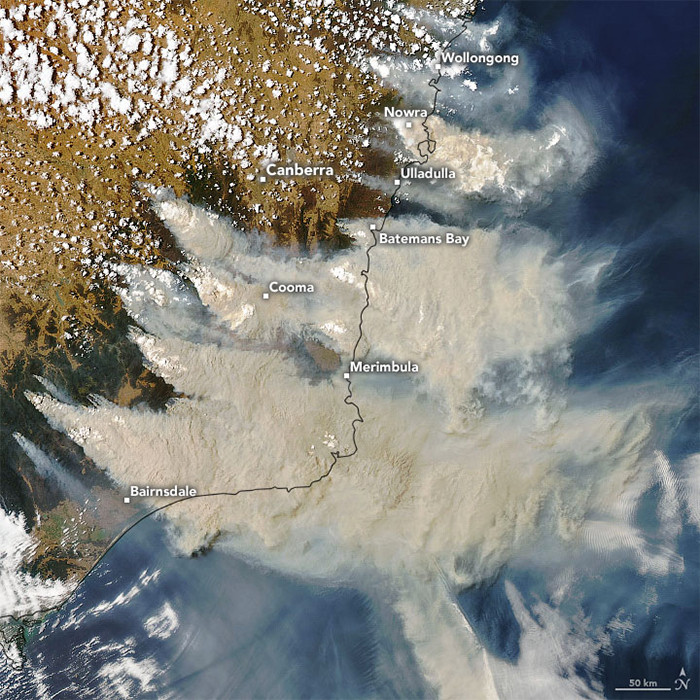 An estimated 23,000 sq miles have been torched. 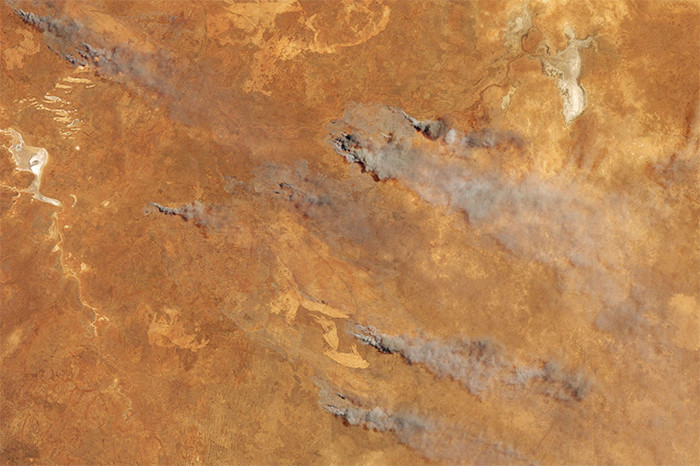 This image from Bateman Bay, Australia was captured on New Year’s Eve 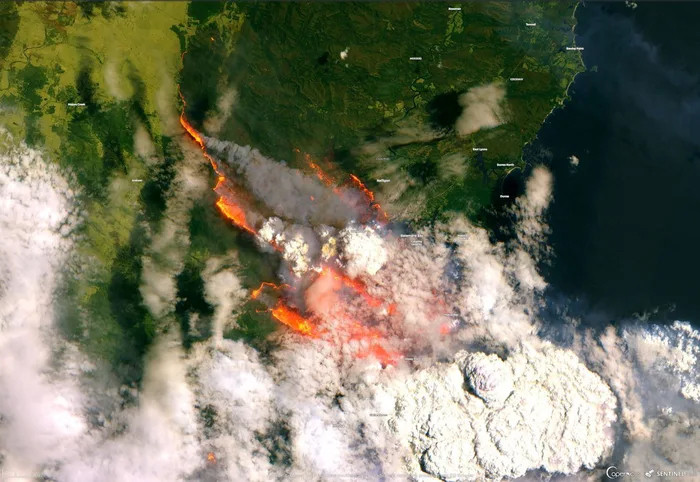 This image is from Himawari-8 satellite’s view was captured on January 2. 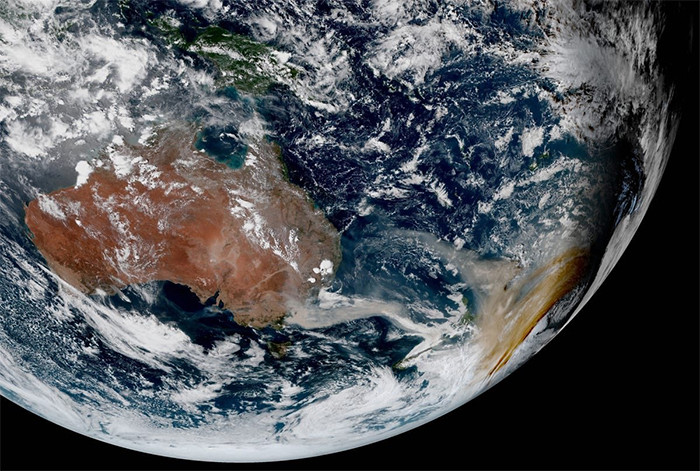 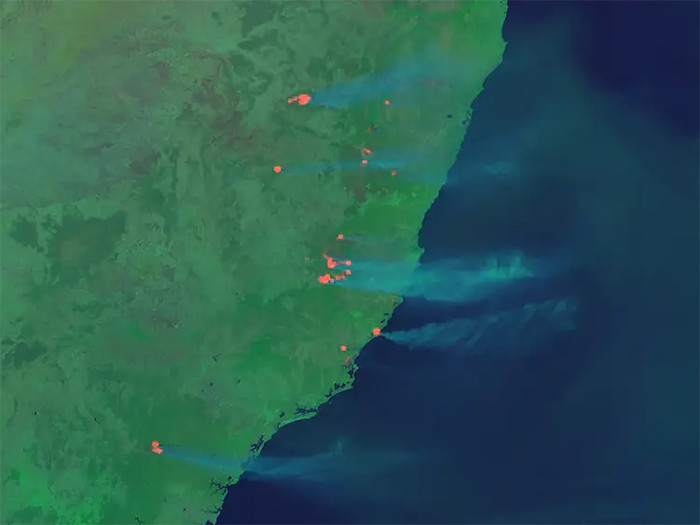 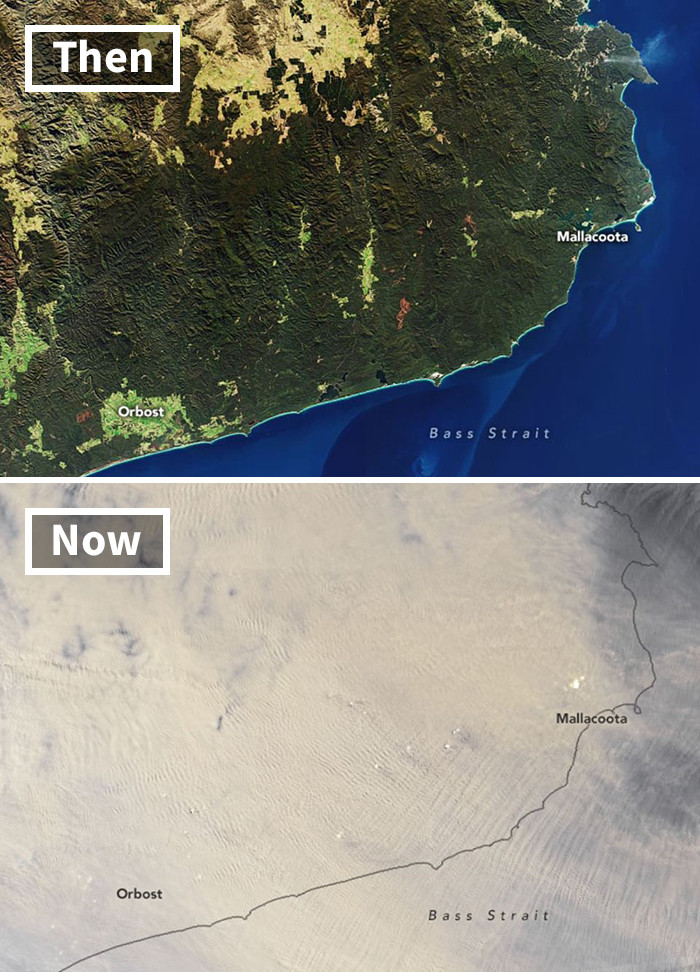 The devastation is so real. Have you personally been affected? Let us know in the comments.