Stock photos serve a lot of multimedia purposes, especially for those of us who need to share images alongside stories! Over the last few years as Internet meme culture has propelled forward and transformed into an unstoppable machine of humor, we've even seen characters, stories, and singular stock photos become iconic memes!

And that's not even where the usefulness of stock photos ends because a new trend has emerged on Twitter and we are so here for it. Using the hashtag #BadStockPhotosOfMyJob, people are searching their job title and sharing stock photos that pop up. The results have been more hilarious than expected, whether you know what their job is or not! 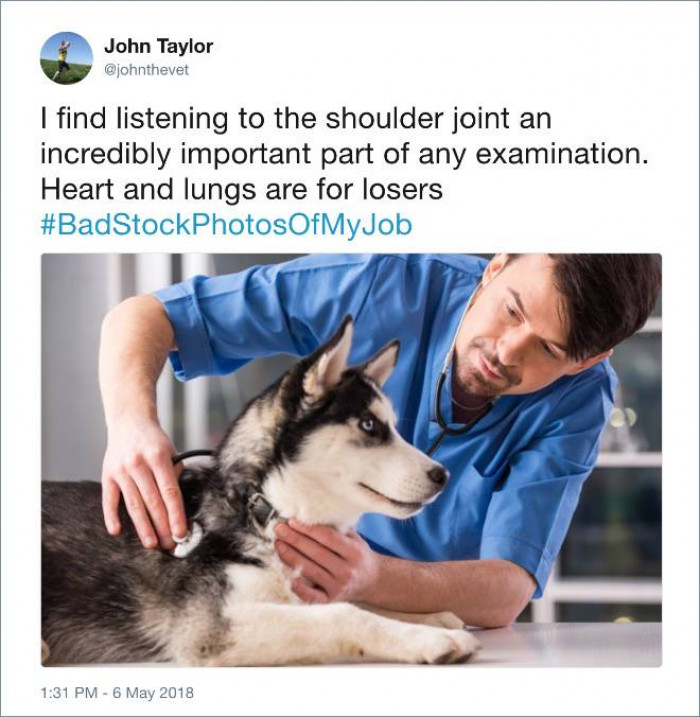 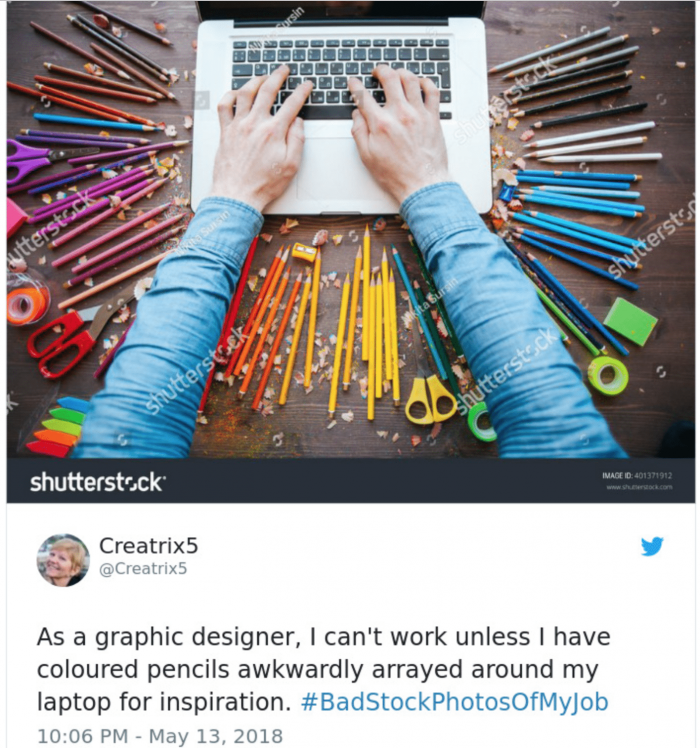 This is very cocky of them, though. 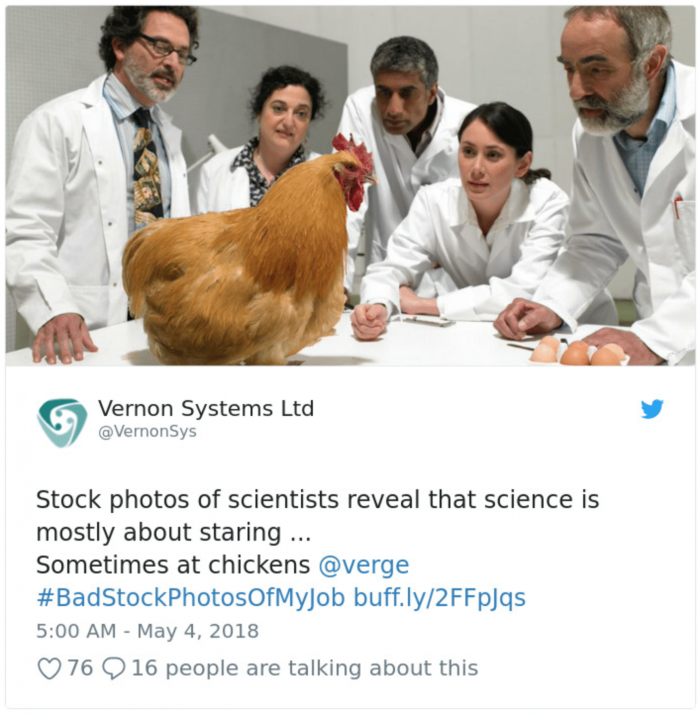 This is not how photogaphy works.

But someone didn't tell the... photographer? Who took the stock photos? Really? 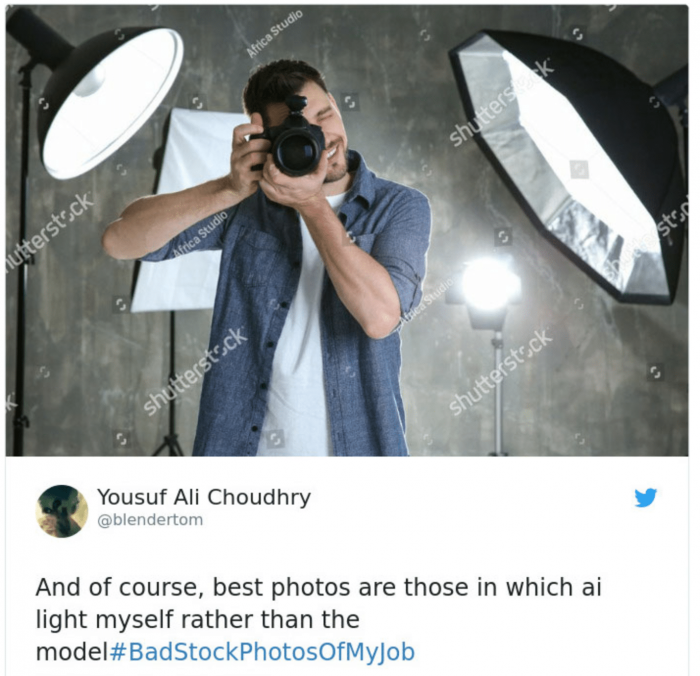 Seriously, who thinks up this stuff? 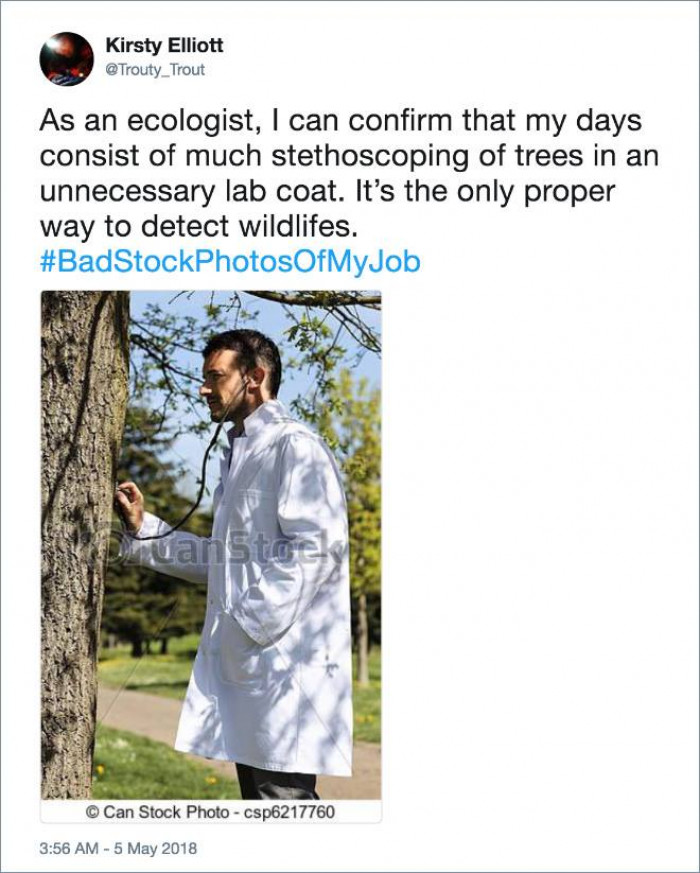 Unless it's a stock photo, then no worries about accurate representation. 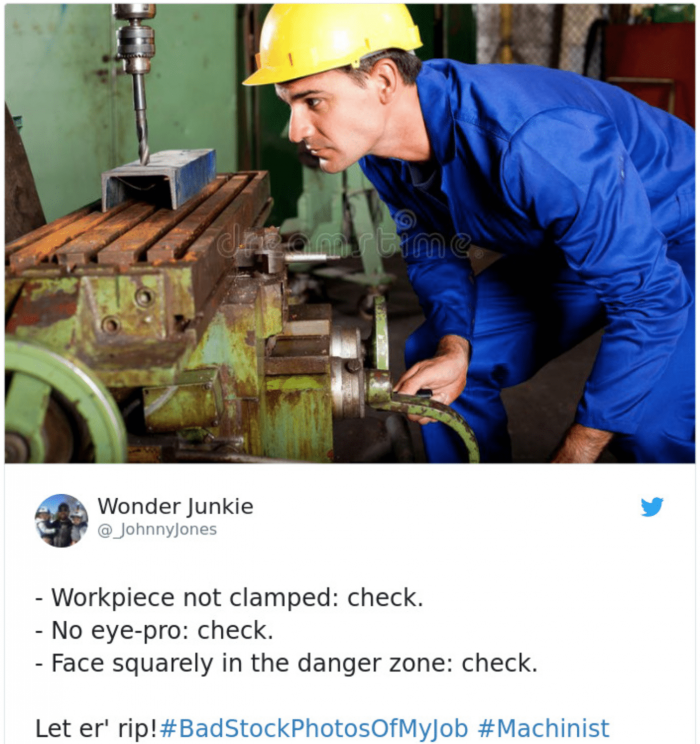 I'm not even an evolutionary biologist (obviously) but...

I can confirm tweezers like this are hard to find. 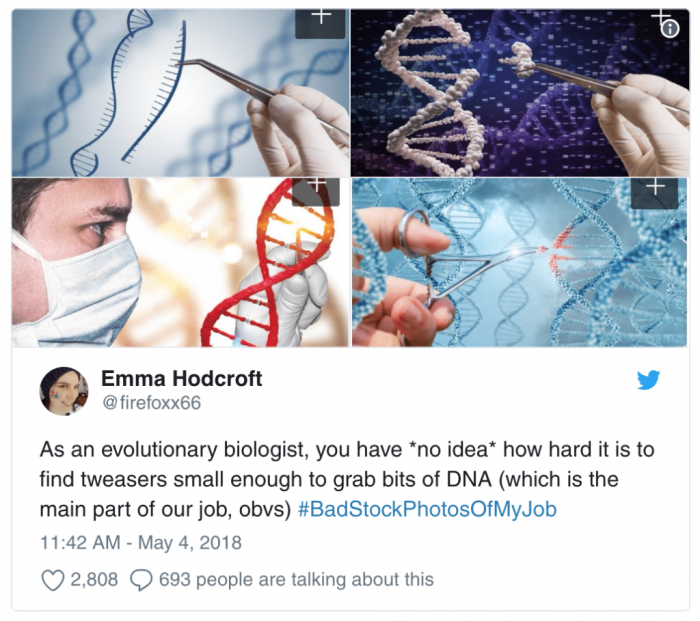 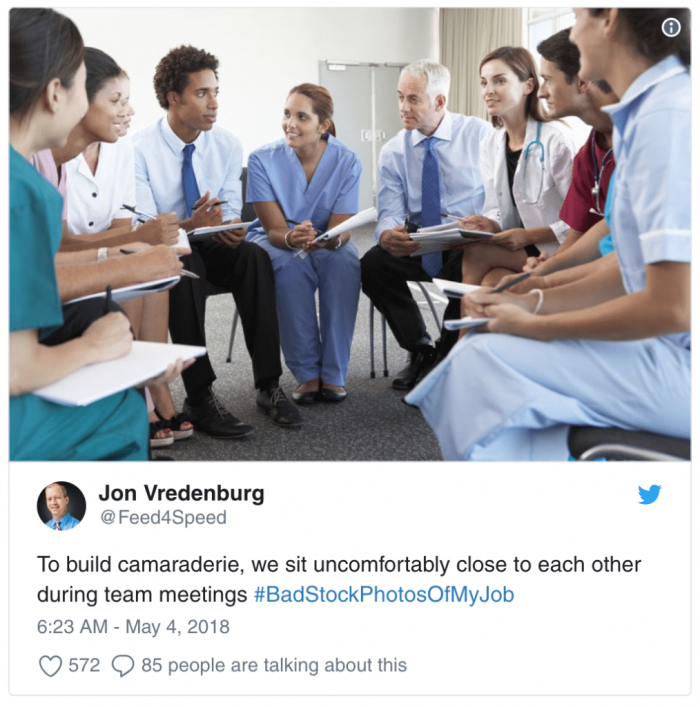 I have so many questions... 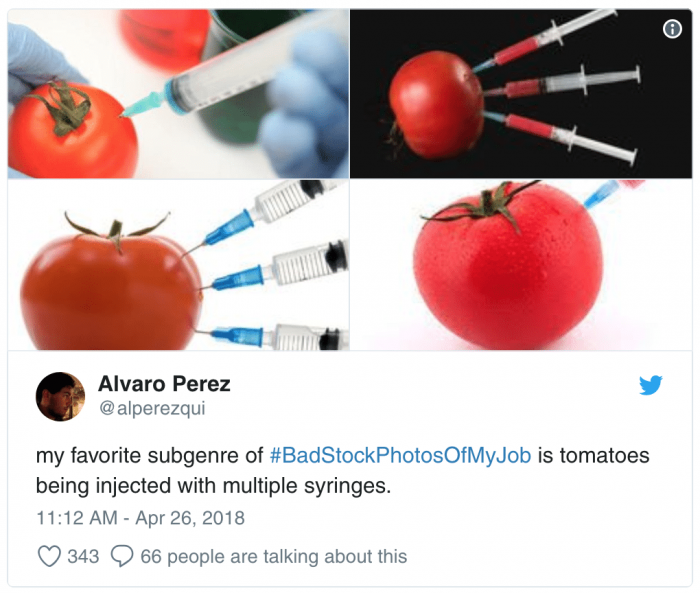 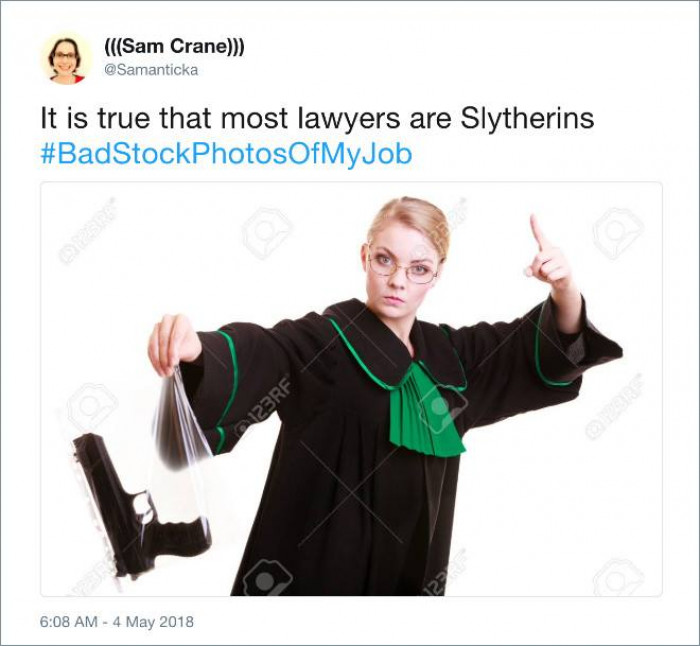 Someone out there doesn't undestand Botany.

Psst, it's the photographer. 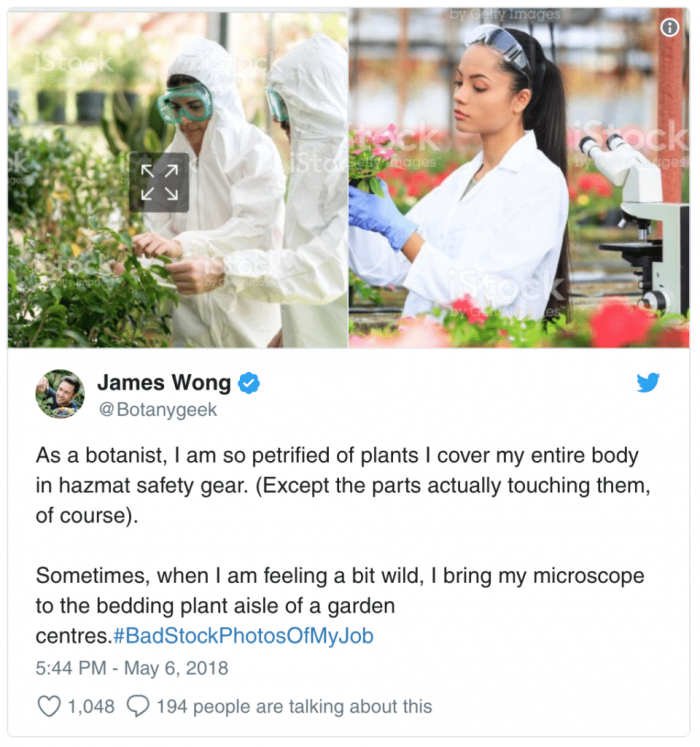 I can't say I blame her. 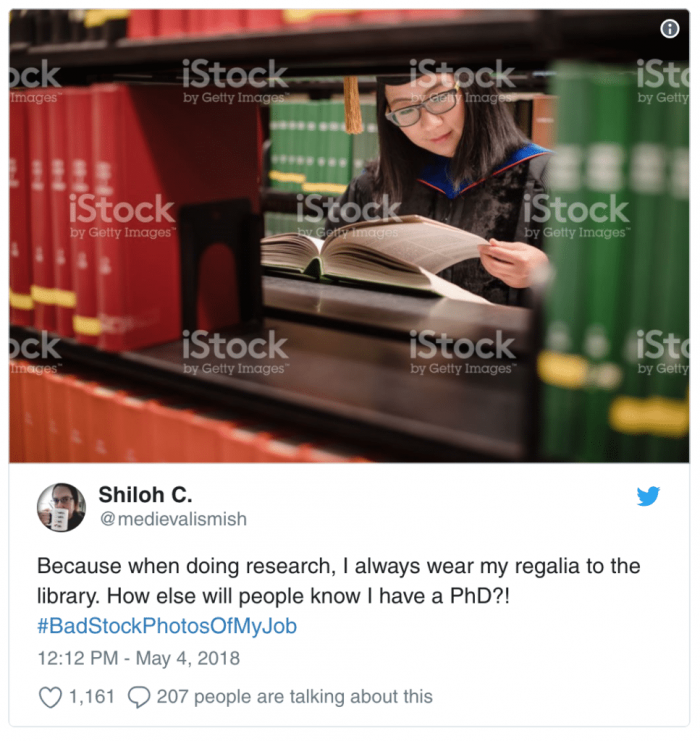 Not that kind of hot. 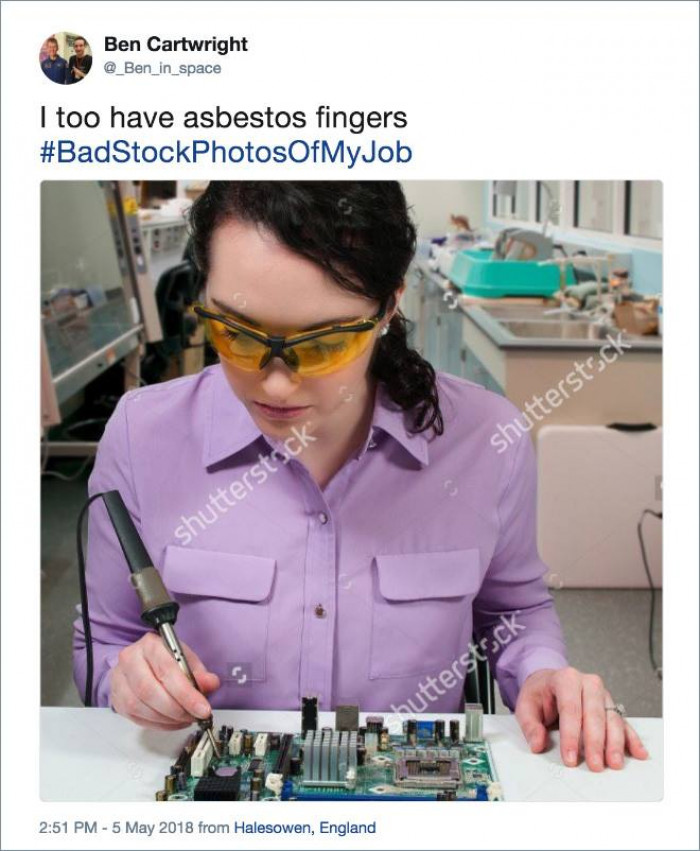 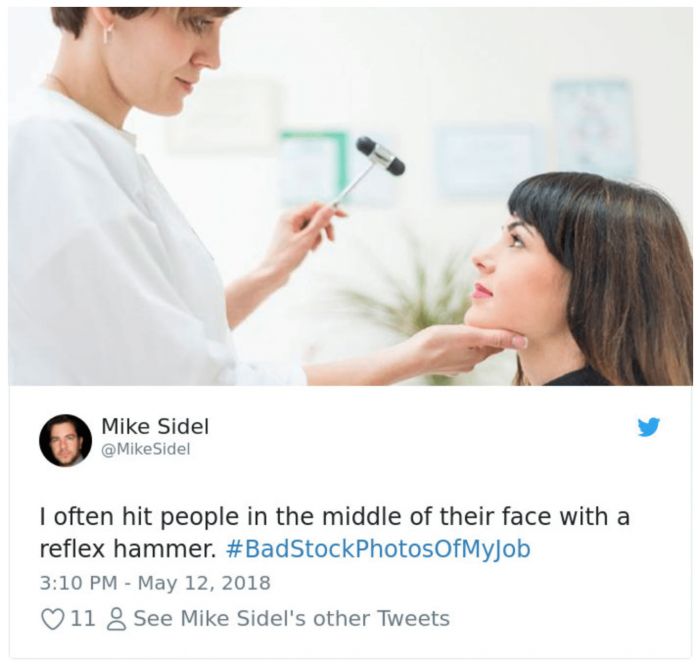 I so hope they actually do this in the lab. 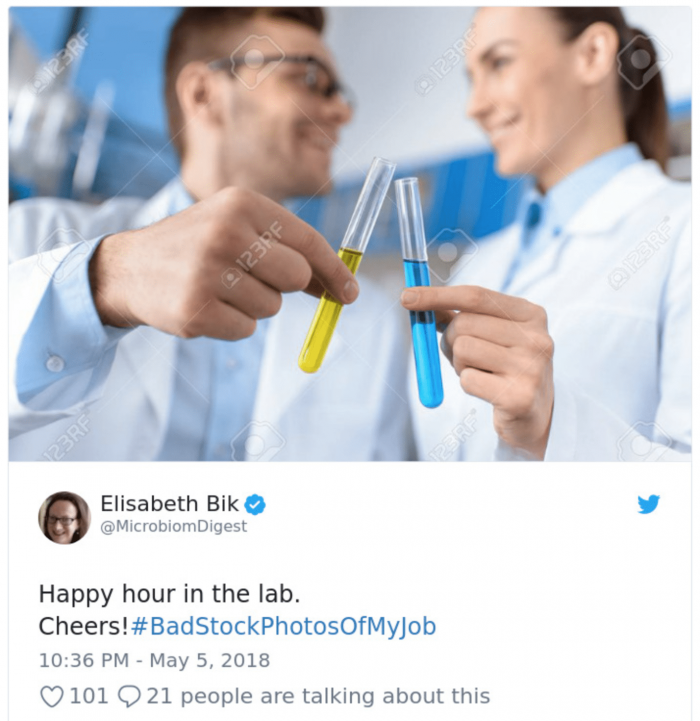 One specimen at a time like a proper scientist. 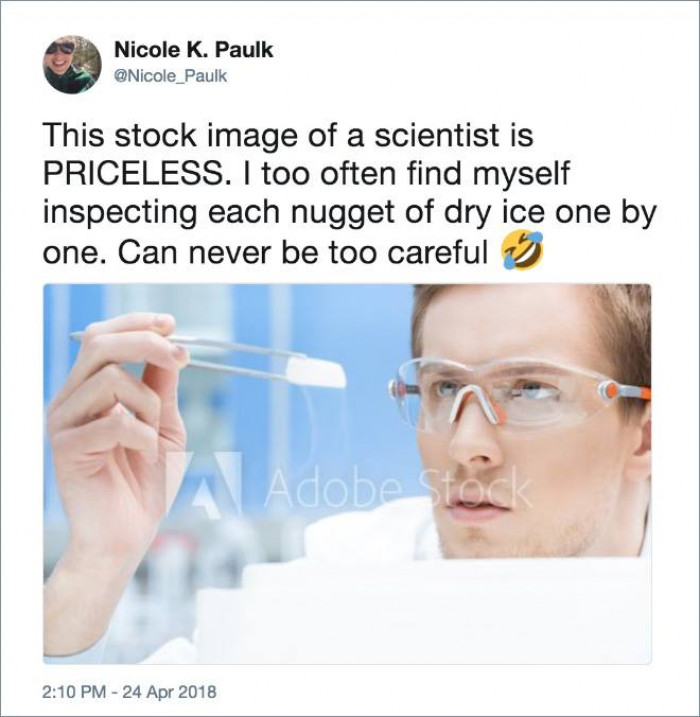 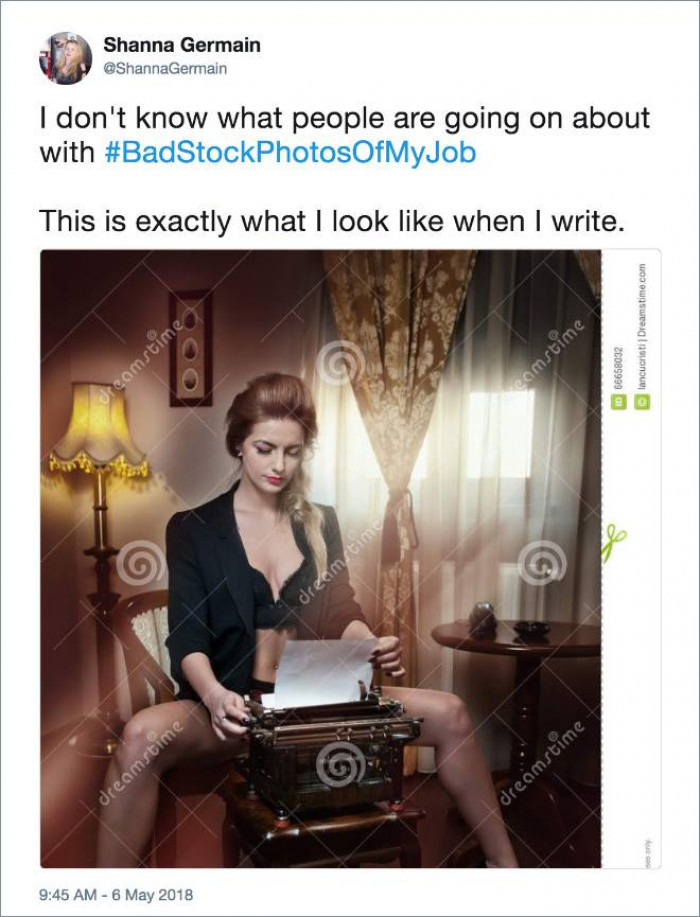 The clue that it's fake? 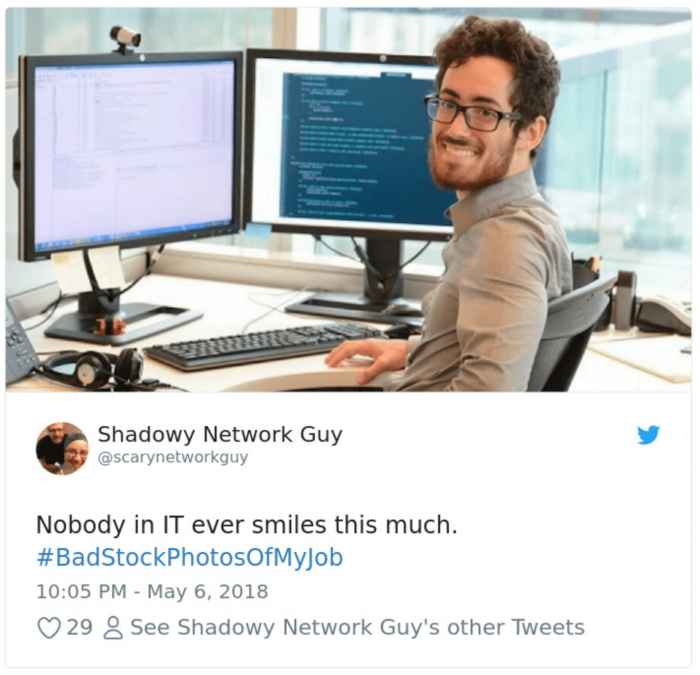 Nice stuff you're working with, here!

Dr Jen is a well-known and respected Twitter sensation and somehow I can totally picture her giving a thumbs up to a patient, even if it's satire. 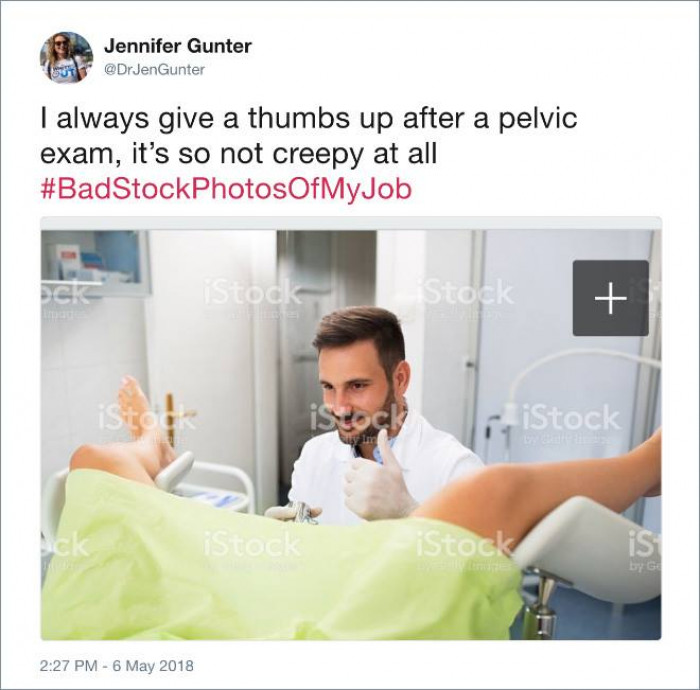 What kind of architechture is this?

I suspect we find it on a triple x website. 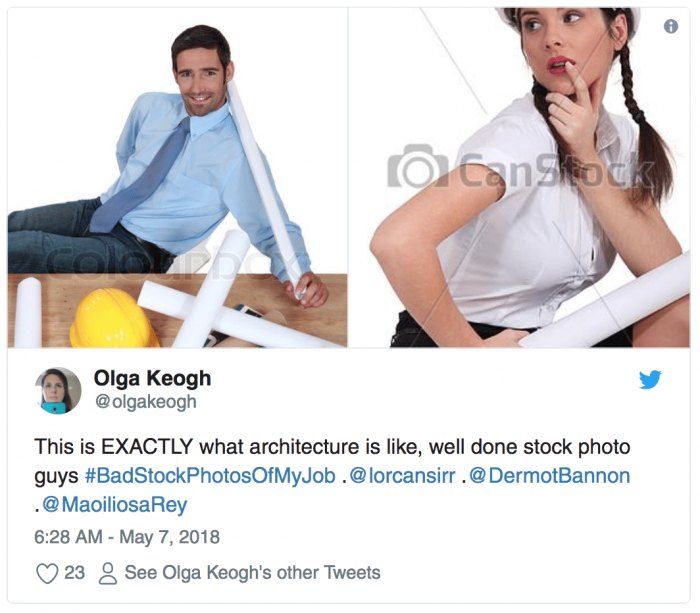 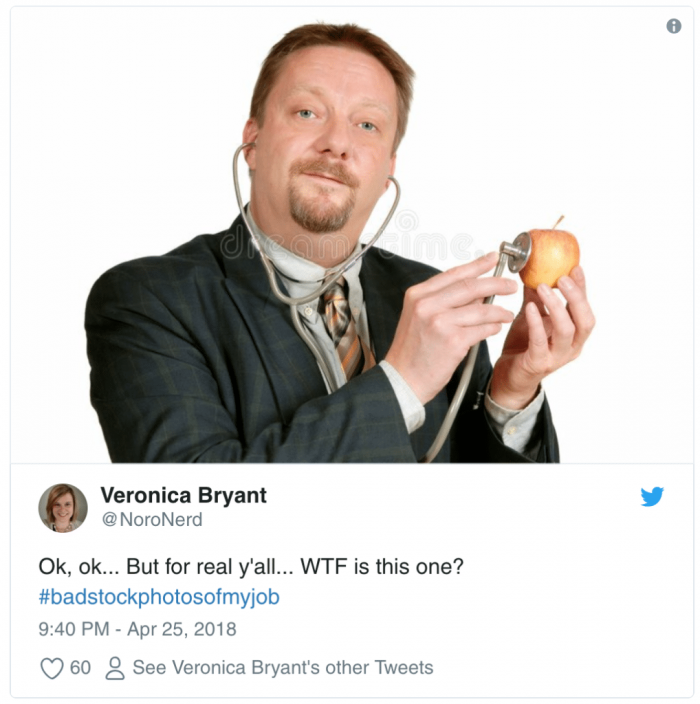 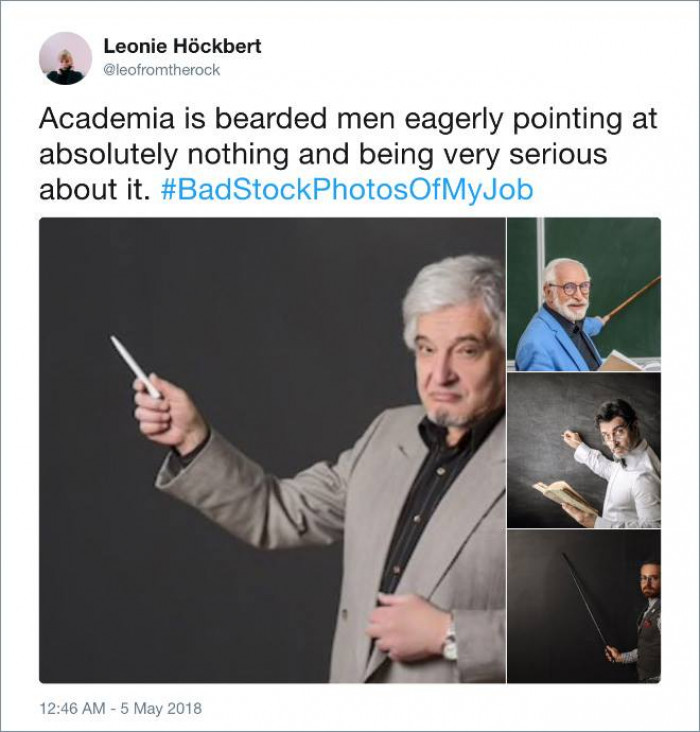 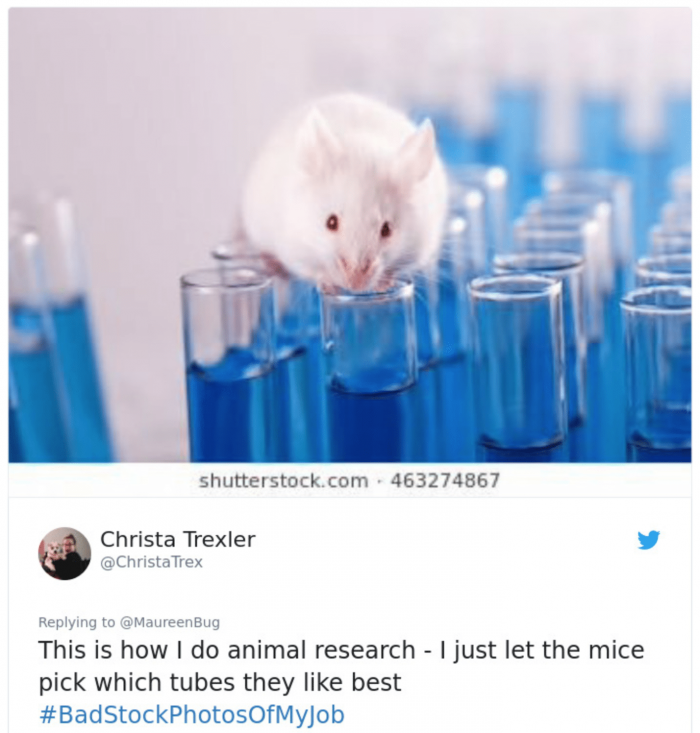 "It's cute when you twist the wrong way." 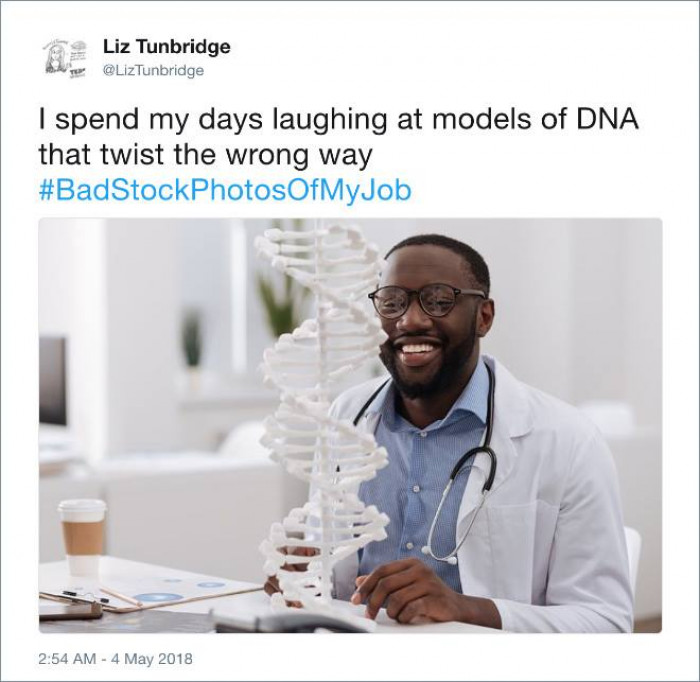 The divide is clear.

Who are we trying to appeal to when we do this with male and female stock photos? 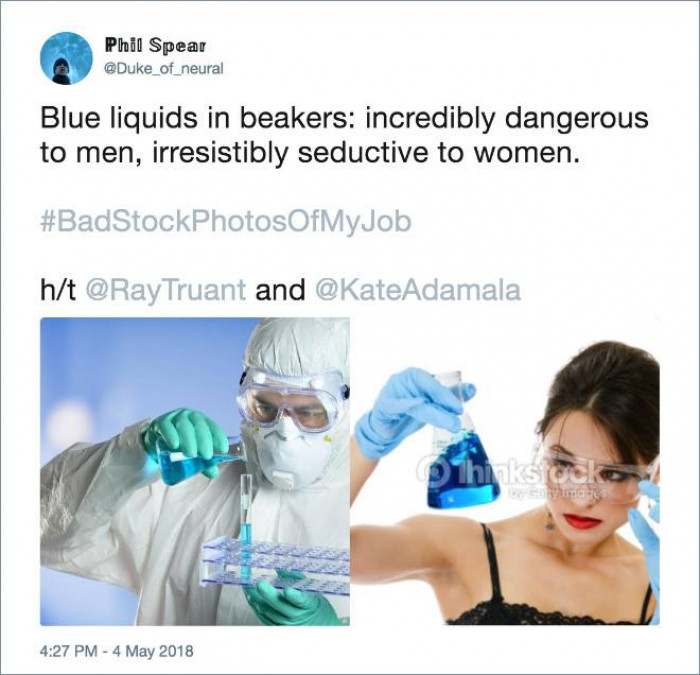 "Is this the Matrix?"

Where is Keanu when we need him? 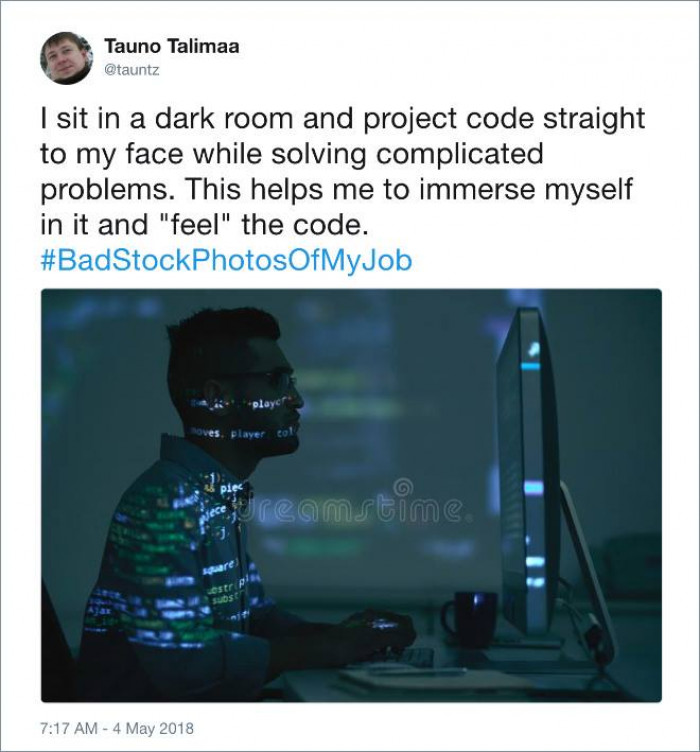 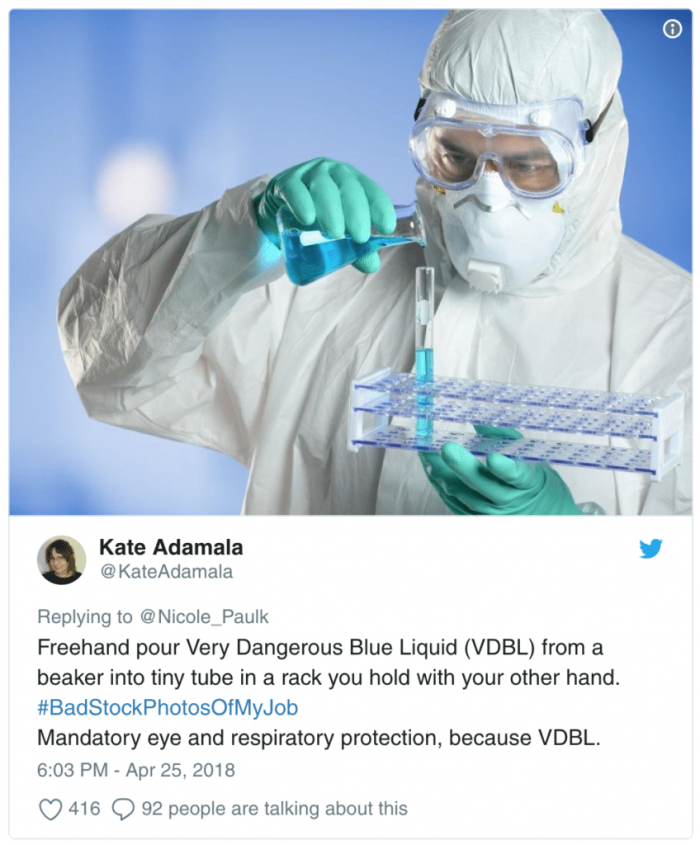 Are you doing it right? 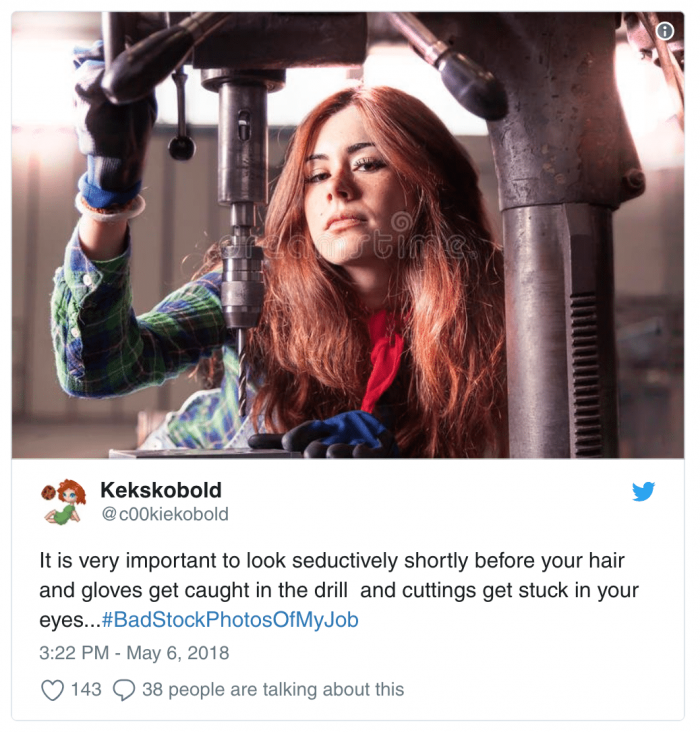 What a cool looking job!

A little unrealistic but who is counting, right? 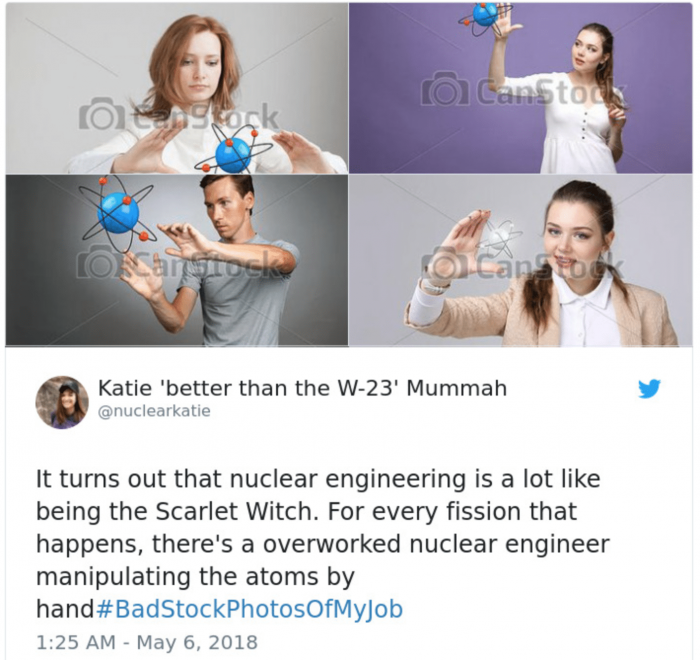 You know what? The science adds up. 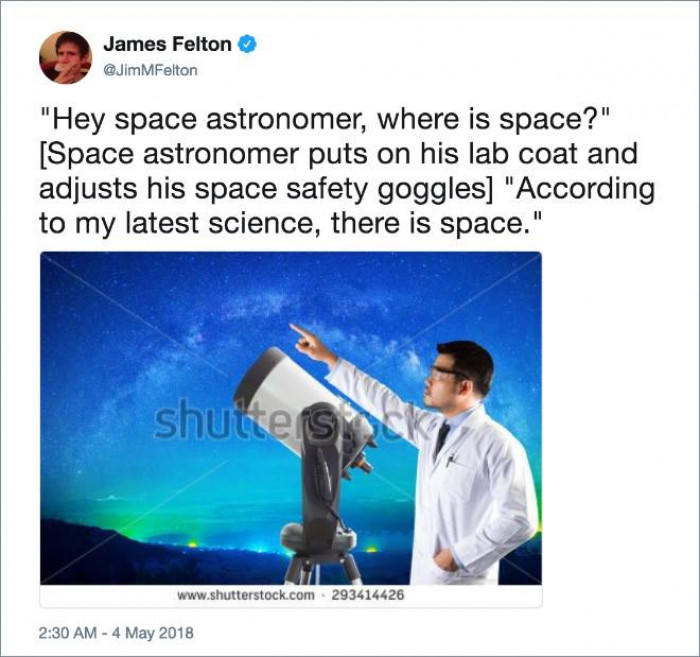