The bushfires in Australia have been raging on for months, and they have destroyed homes, entire towns, claimed many lives. Over 10 million hectares of land are completely devastated. To put things in perspective, the California fires destroyed about 800.000 hectares.

Ecologists at the University of Sydney stated that over half of a billion animals are affected by the fires in New South Wales state alone, and millions are probably dead. These statistics include birds, reptiles, and mammals, except bats. Insects and frogs are not included in the report, so the true numbers are much higher.

The human mind can’t really relate to numbers, so If we read about a tragedy that caused thousands of deaths, it will not move us as a single story from that tragedy.

So, instead of just giving you the numbers, we have collected some of the photos that will tell you a story.

The air quality in the Australian capital Canberra on Friday was rated the third worst of all major cities in the world. Unfortunately, the weather forecast is not good. It predicts very hot and dry conditions, with strong winds and thunderstorms. This will only make the fires stronger.

#2 Tathra Beach, Nsw In Australia. Photos are made before and after the ash and smoke arrived. 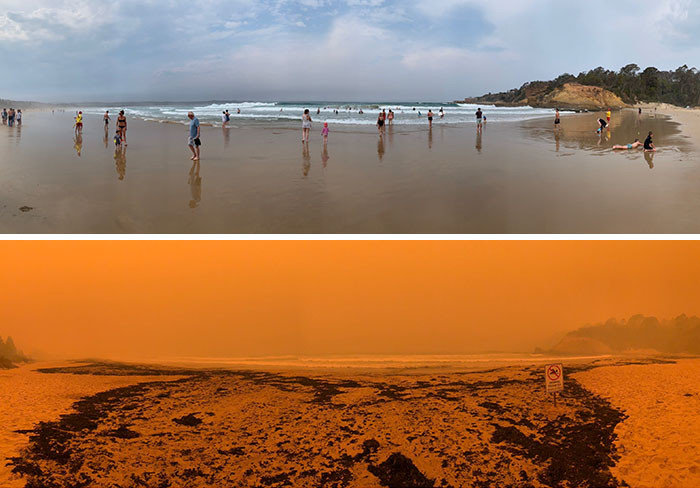 Kangaroo Island wildlife preservation is a great concern for ecologists. There, the fires have killed thousands of koalas.

They have also destroyed 155 000 hectares of land, and that is about a third of the entire island. The western areas are the ones that suffered the most.

The Kangaroo Island Land for Wildlife organization has eight shelters where they try to protect endangered species.

“People call this place a little Noah’s Ark. The island is a refuge. This is the largest fire we have seen in a long time,” ecologist at Land for Wildlife, Heidi Groffen told the reporters, emphasizing that all eight sites were significantly burned. Even the cameras they used for observing had melted. 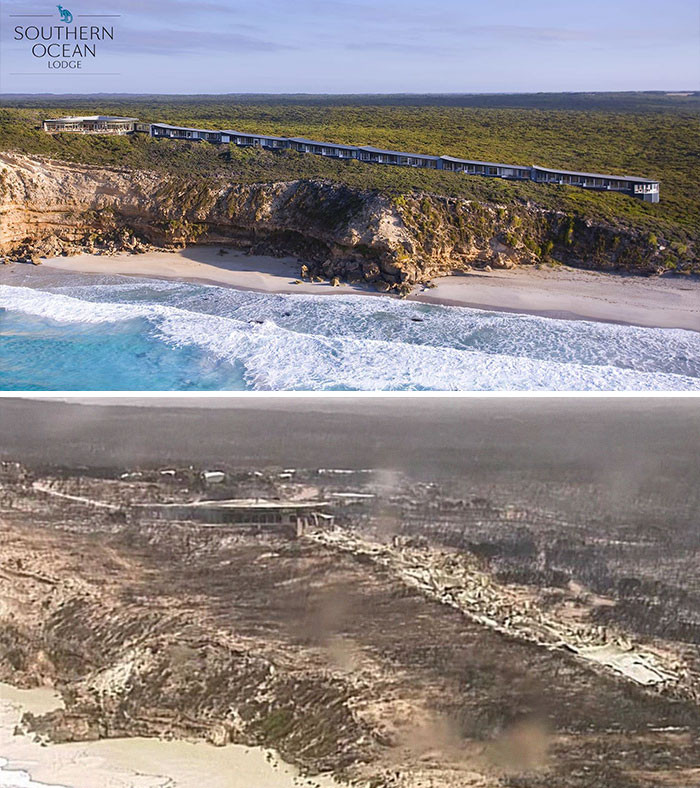 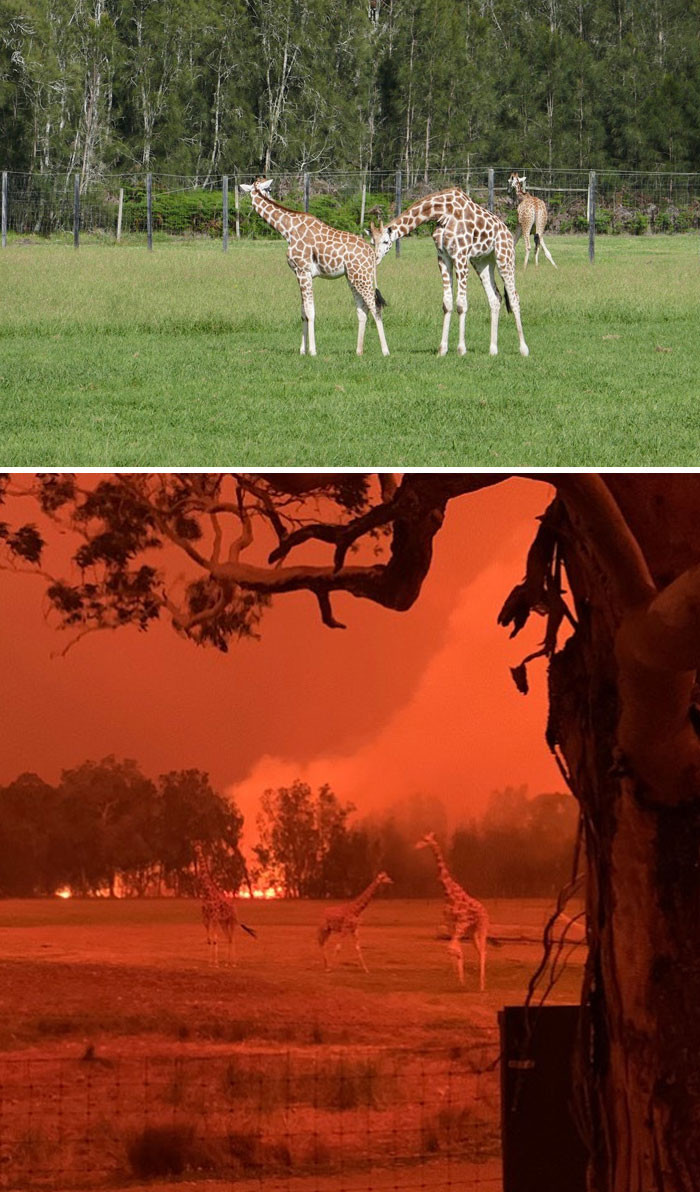 #5 Sarsfield, Victoria. It is a miracle that the house is still standing. 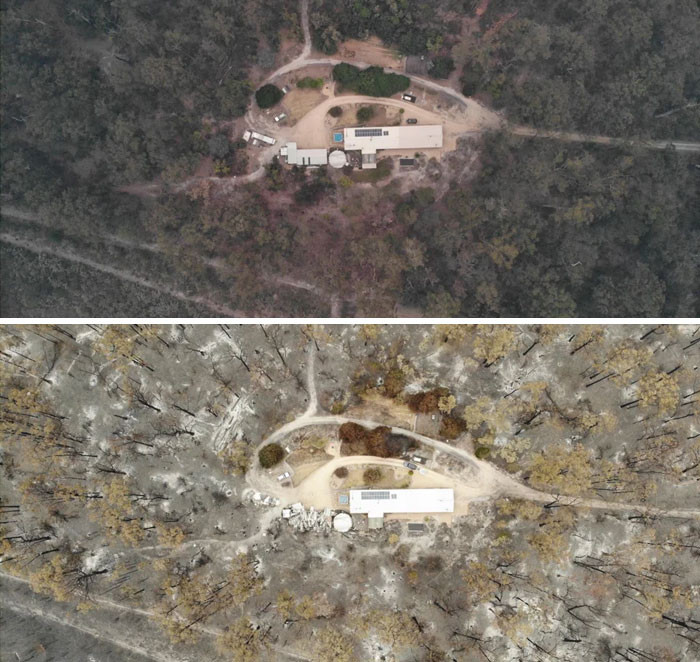 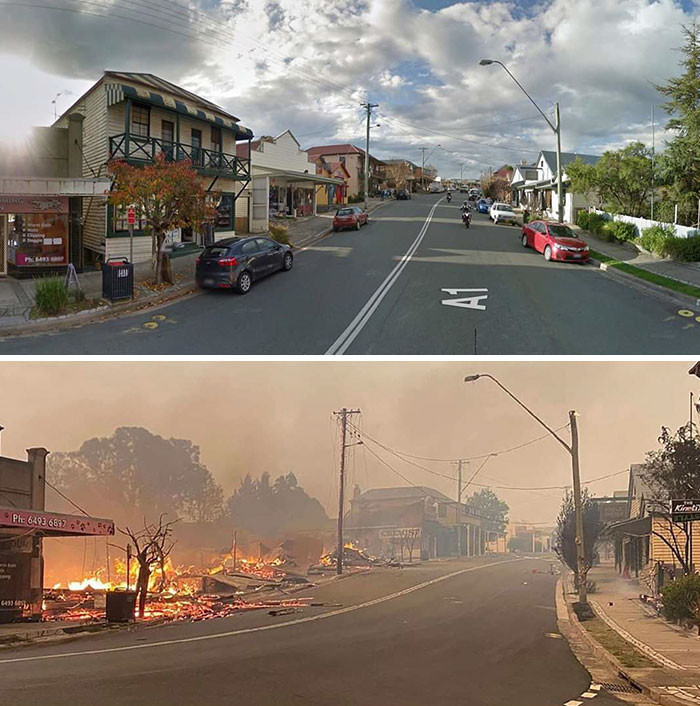 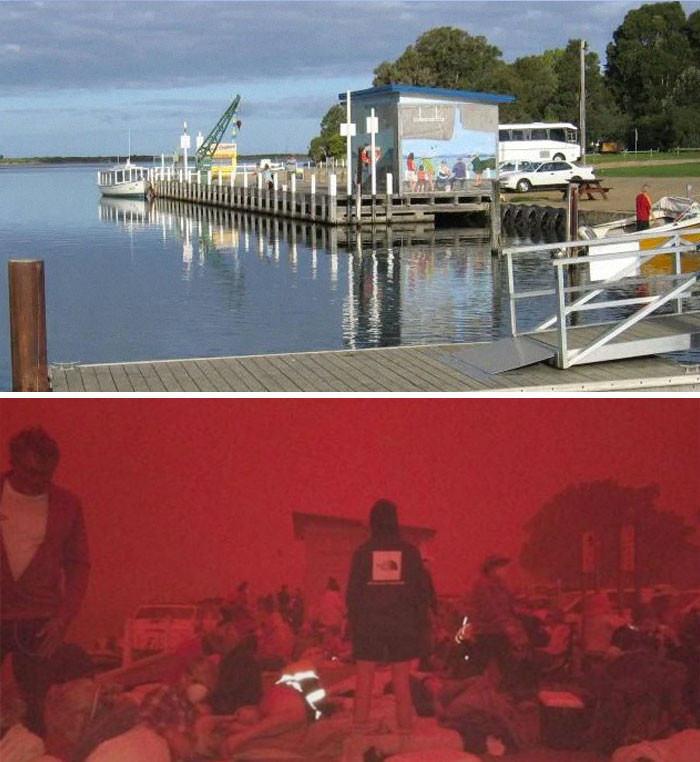 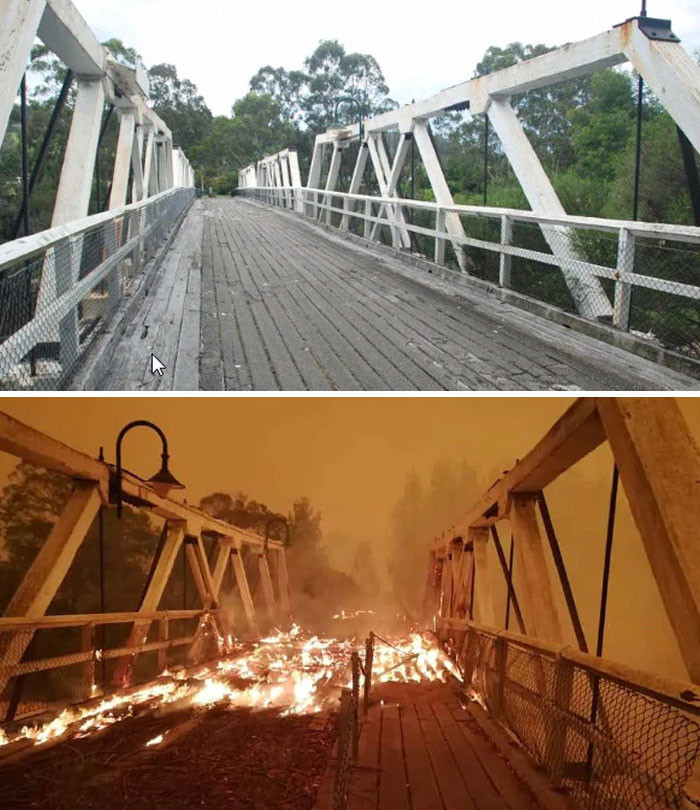 #10 Before and after. This was a home of one Australian family 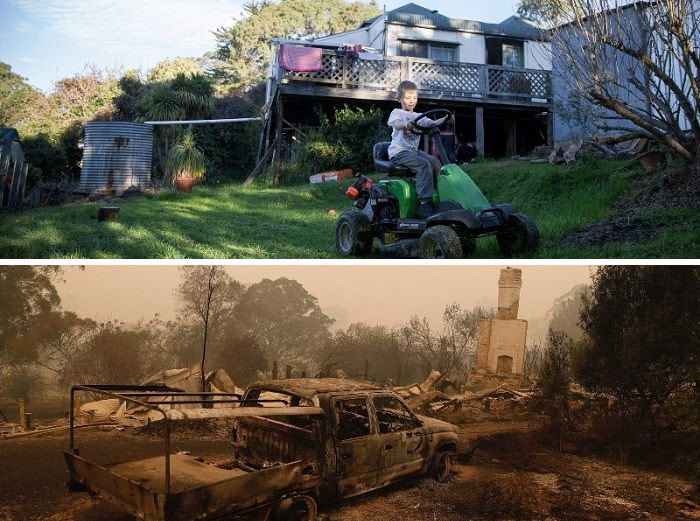 #11 Easily visible on a clear day, but not today. Mt Cook In New Zealand 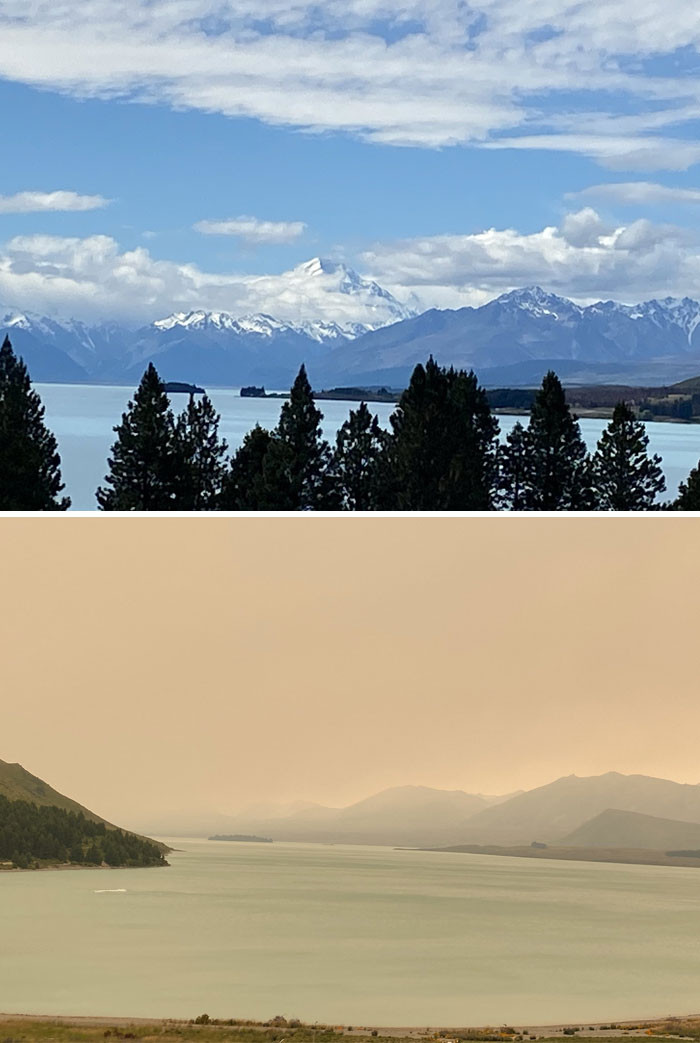 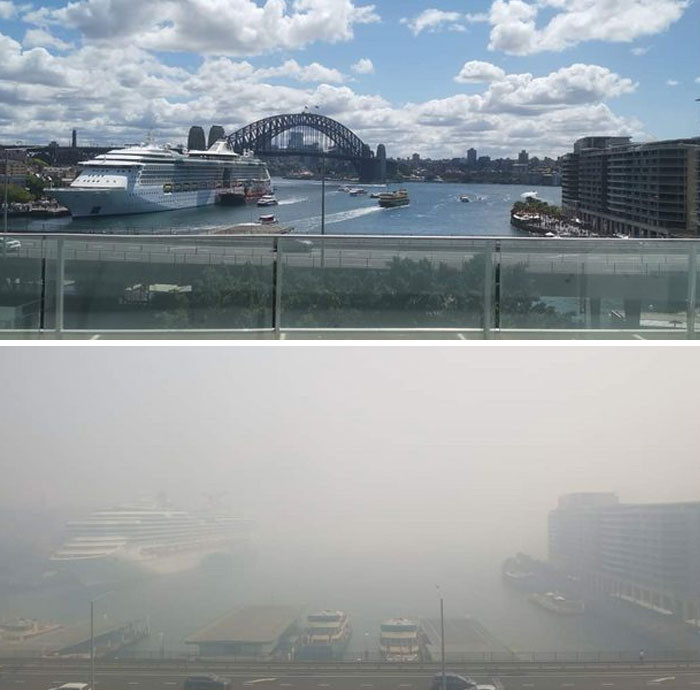 #13 This Is Cobargo, before and after. 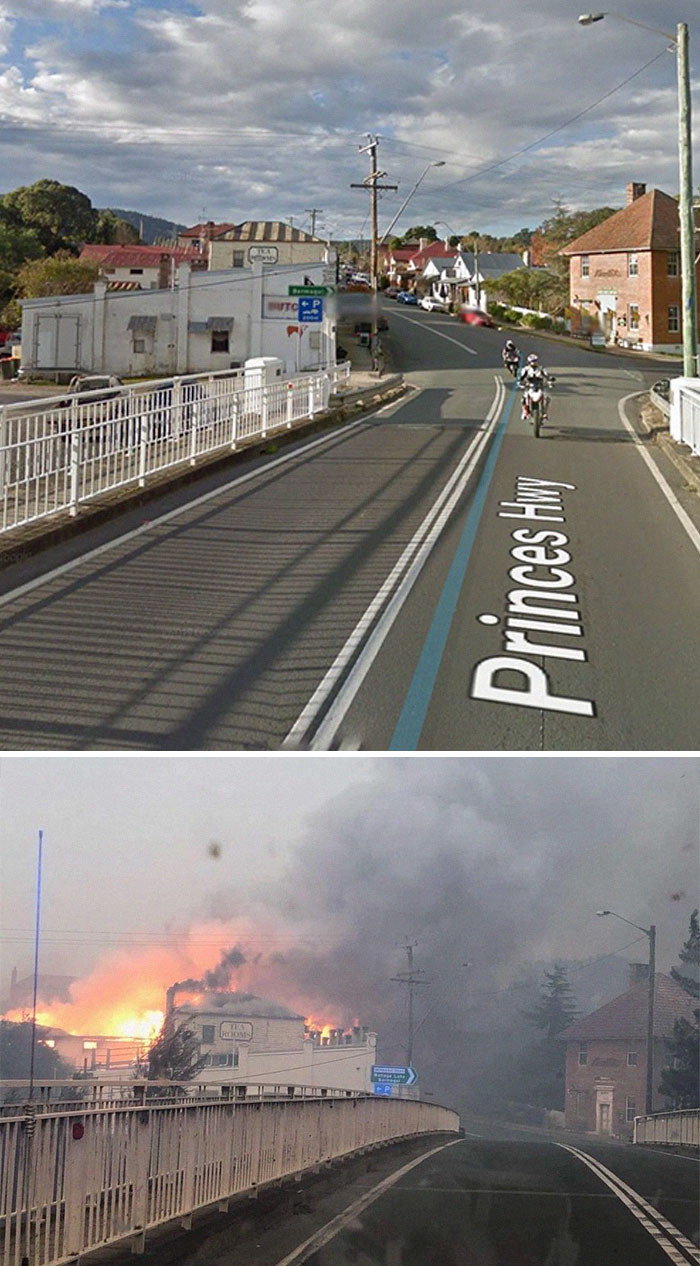 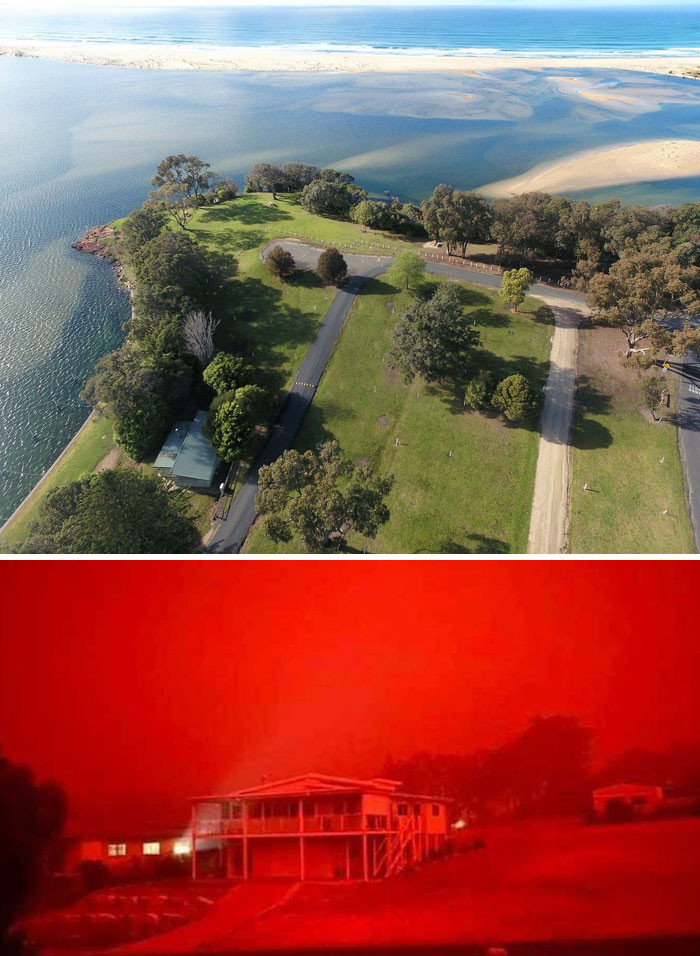 #15 Fires burning In The Shoalhaven 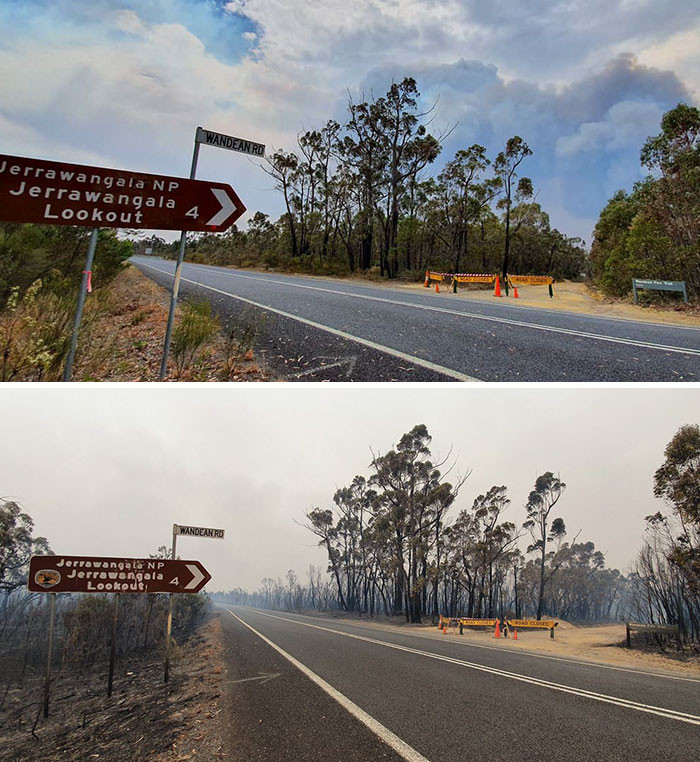 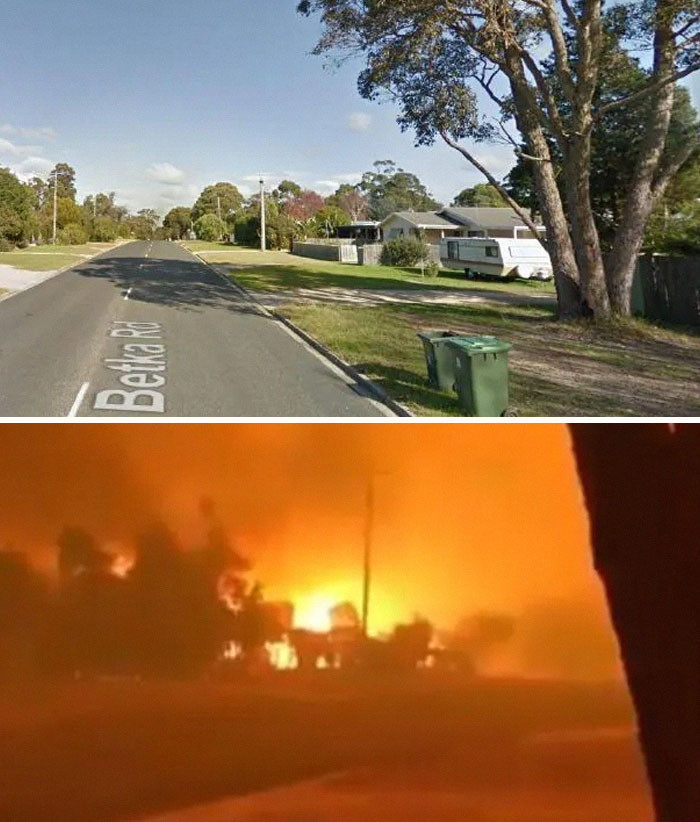 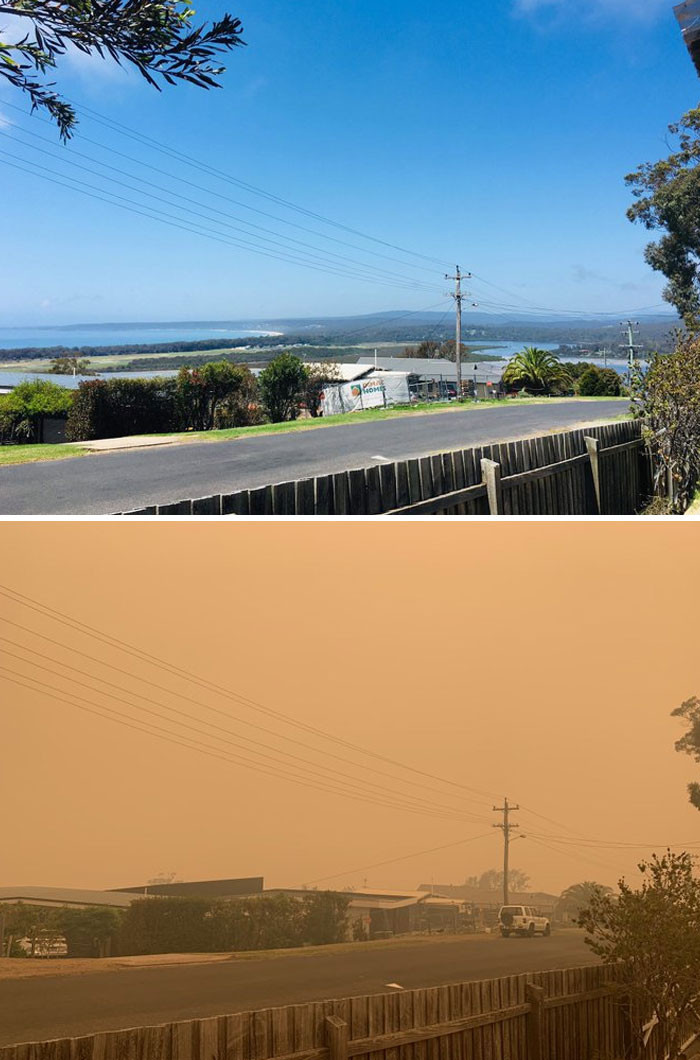 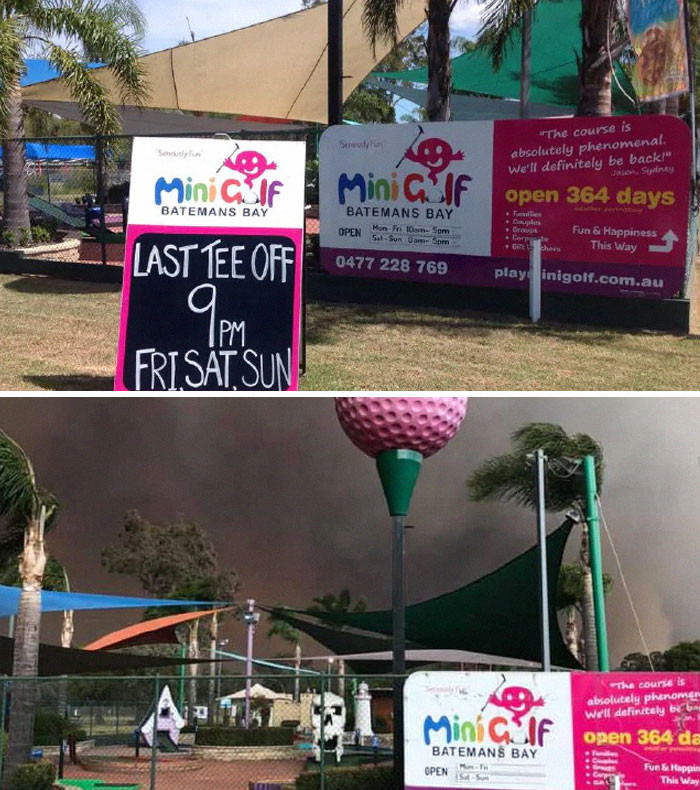 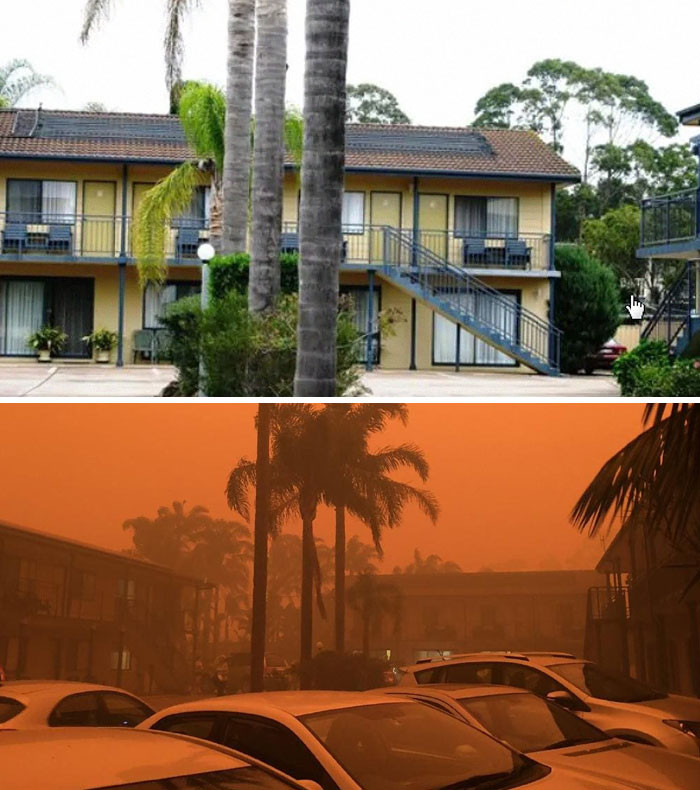