If You Like "Good Boy" And "Black Cat" Comics, You Will Love Their Creator’s Newest Release

Freelance illustrator Jenny Jinya, creator of the popular Good Boy and Black Cat comics, has over 203K followers on Instagram and over 163K on Facebook, and if you ever saw some of her work, you would understand why.

She doesn’t just create interesting characters and stories – she uses them as a medium to convey messages about important issues and problems that animals are facing. Some of them are habitat destruction, pollution, and abandonment.

Her newest artwork speaks about animal abuse that’s happening in circuses. Jenny shares her vision of the king of the jungle forced to perform acts for human amusement. She tried and managed completely to show how cruel people are to animals. 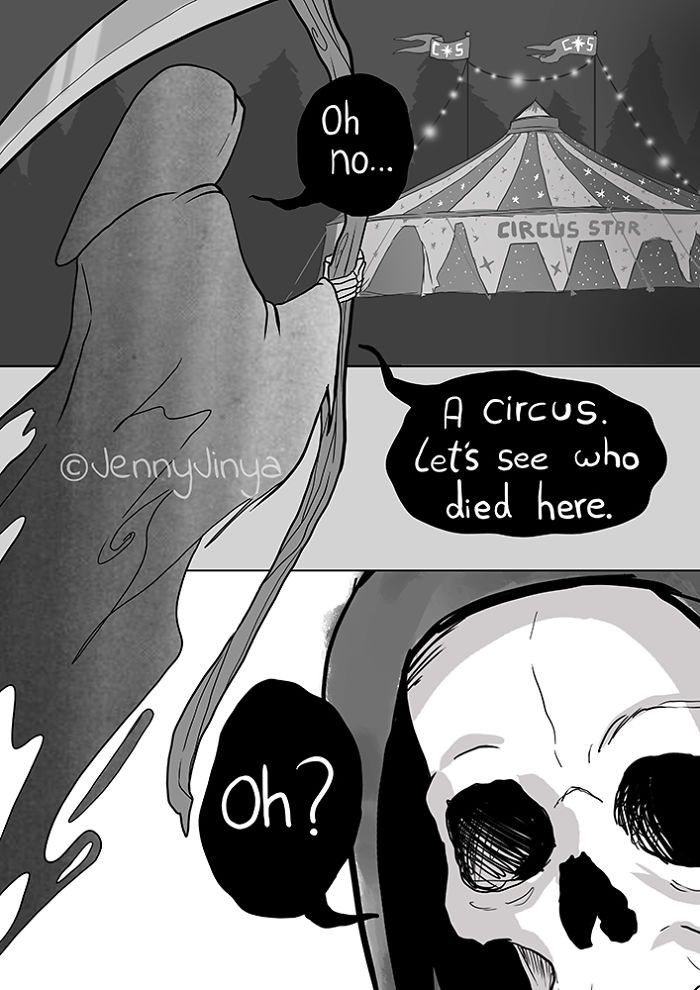 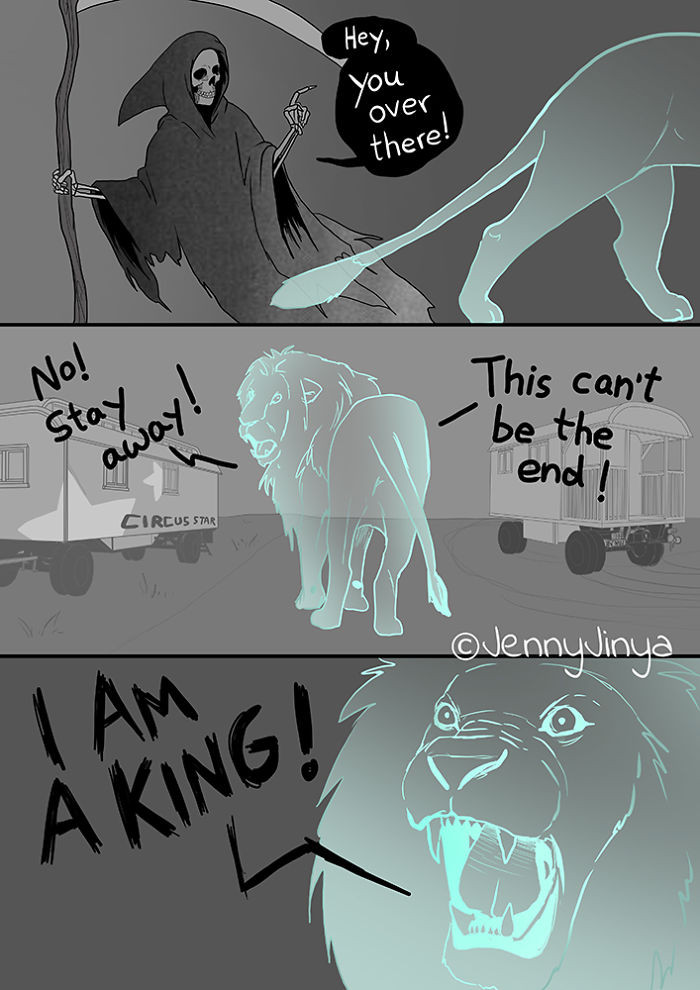 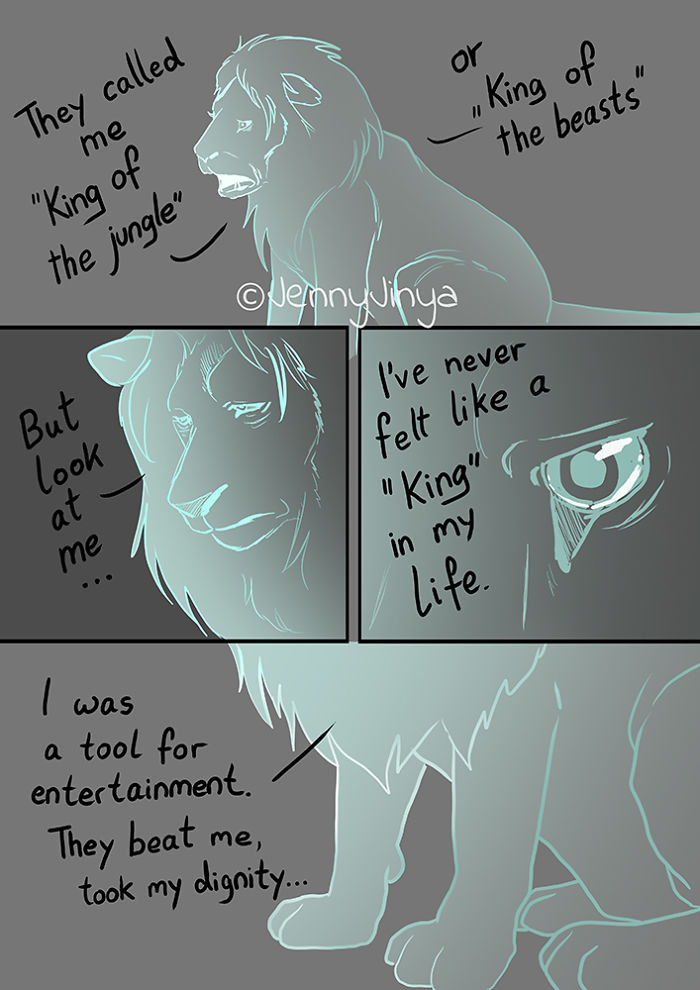 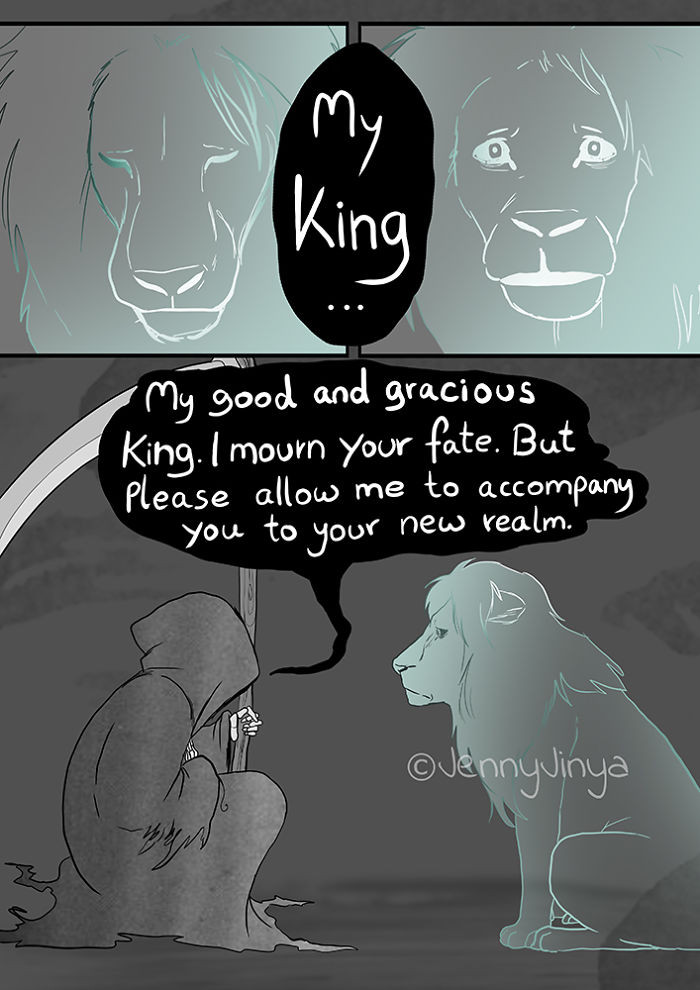 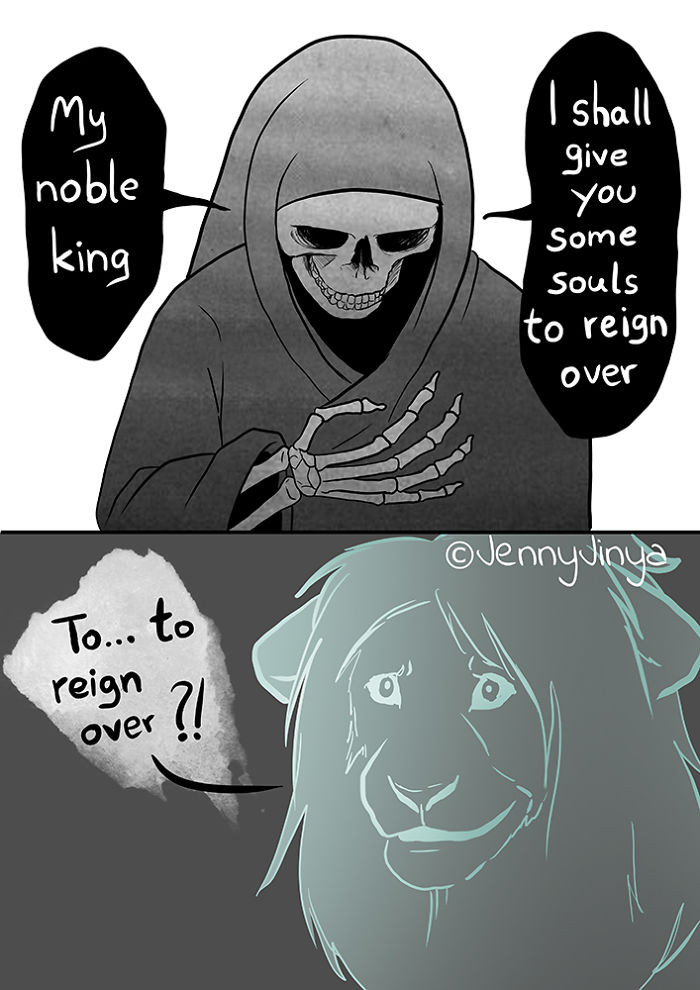 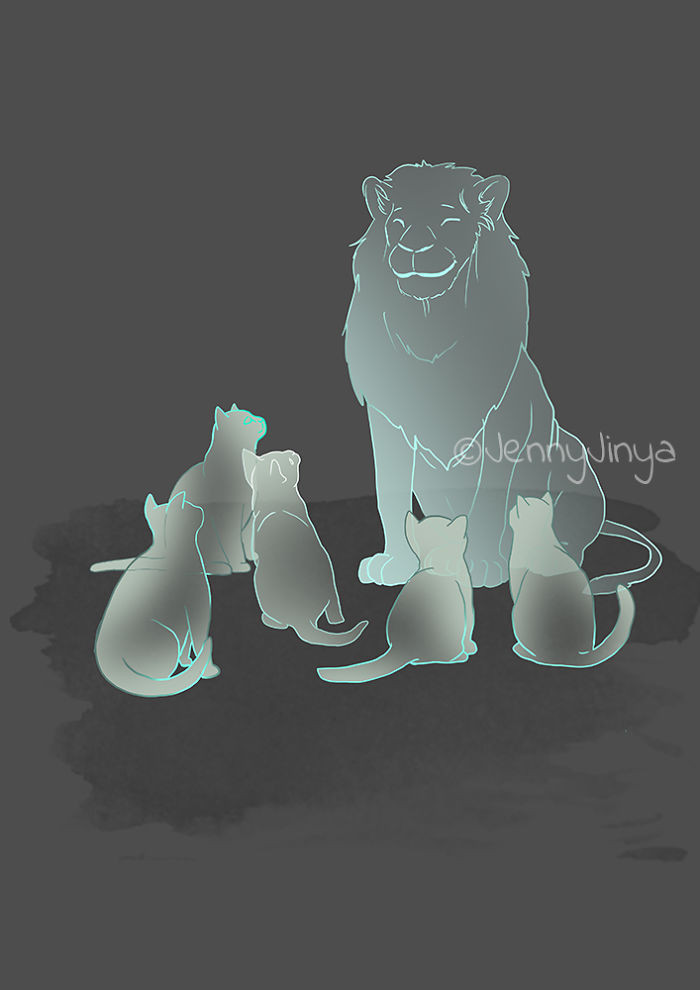 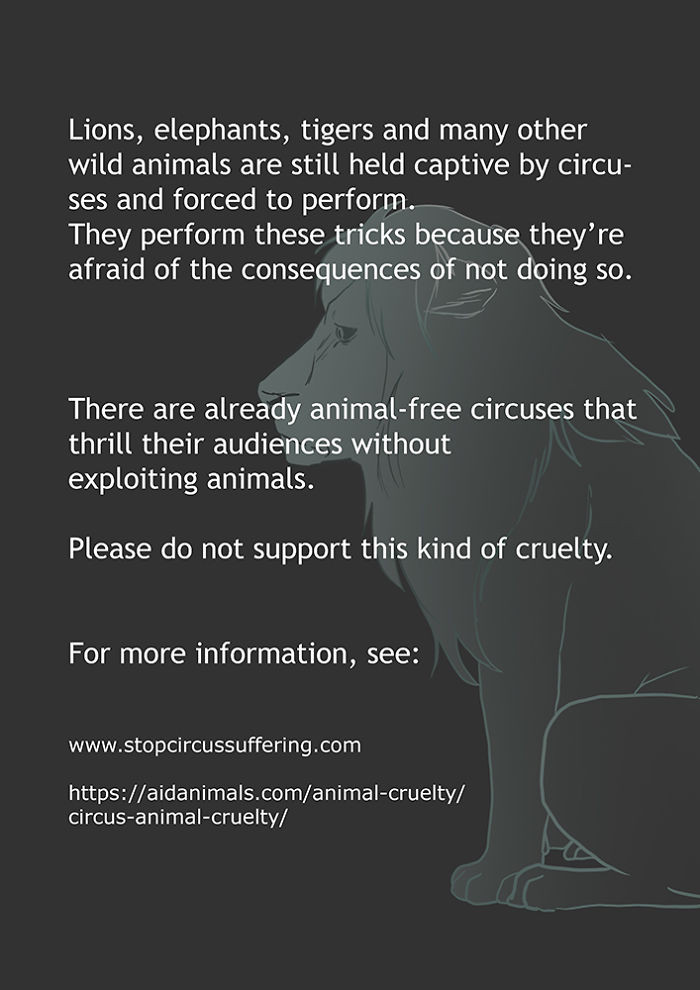 Jenny says that, of course, not all circuses are bad. “Now, there are [some] where instead of wild animals, huge holograms inspire the audience. Or even circuses that show no animals at all, but rely completely on their human acrobats and clowns. I hope this trend will spread.”

Unfortunately, some circuses are continuing with live animal shows practice. And it’s not just the act itself that’s hurting the animals. Freedom for Animals, a charity fighting to end the use of animals in the entertainment business, says that traveling circuses can cover thousands of miles each year, taking animals from place to another in transporters and cages on the back of trucks known as beast wagons.

“Moving location each week means they spend most of the year in temporary accommodation. The animals may be confined for hours, even days, in their traveling cages with their only respite being either limited time in an exercise cage, being rehearsed, or performing,” the organization says on their website. “It is impossible for a traveling menagerie to provide circus animals with the facilities they need.”

Jenny chose a lion for this comic, but she says that she’s speaking on behalf of all animals that are abused so the owners could sell more tickets. “It wouldn’t have mattered if I had shown a lion or an elephant. Wild animals belong in freedom; they should sleep in the sun, hunt and protect their families. They should not jump through hoops because they will be punished if they refuse,” the artist clarified.

The artist’s primary goal is to help those who don’t have a voice to speak up for themselves, but, unfortunately, some people don’t seem to get the point. Publishers and individuals casually resharing her content are partially to blame for that.

“The problem is that many … often don’t share my complete comics, only individual pages. They also often leave out the last page where I describe the problem and share links for further information or donations. Some people then see this and do not understand the message. They think I just enjoy drawing abused animals.”

Jenny even received some hate mail because of this. “They don’t know that I’m trying to educate and raise funds. But it’s not their fault, and mostly I can explain to them what my comics are all about.”

If you want to support the artist and contribute to the effort, consider supporting her on Patreon. Jenny donates 30% of everything she receives to various animal organizations and shelters every month.

And here’s how people reacted to Jenny’s comic: