Tweets From Muslim Man Who Is Challenging Islamophobia

Religion is a topic that has the power to unite people, but it also has the power to divide people and opinions just as fast. One religion, in particular, which has received a very bad rap in recent times, is Islam.

Islamophobia is a real and common thing these days, and Islamophobe's place the focus on the members of Islam who have taken the radical path, which has resulted in violence and terror.

However, one Muslim educator is trying to make a change to this way of thinking by posting messages of peace on Twitter.

Imam Mohammad Tawhidi became known to the media in 2016 as the voice for Muslim reform and combating against the spreading of extremists in his religion.

"When I am worried about what I see is happening from my community and religion, trust me that there is something going on," he said in 2017.

Since then, Tawhidi has used Twitter as a medium to talk about Islam, as well as spreading love, positivity, and support for other people and religious groups.

Scroll down to view some of Tawhidi's most popular Tweets. 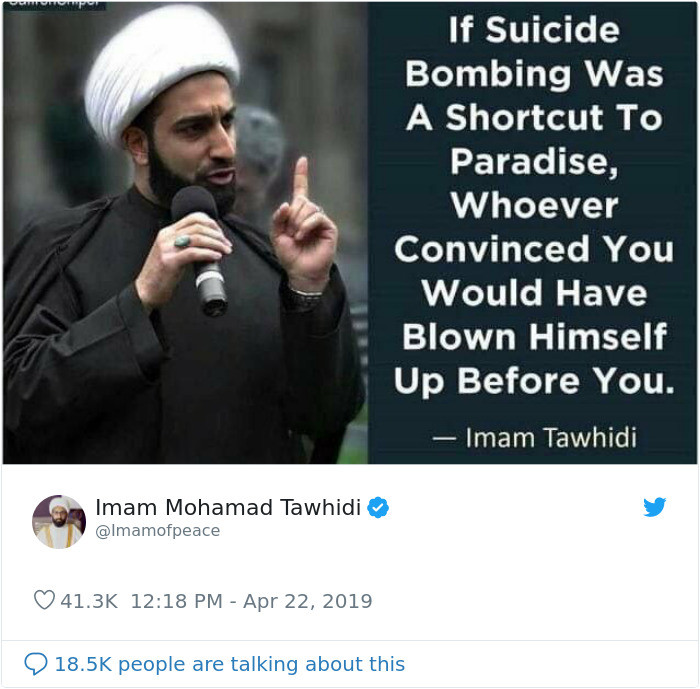 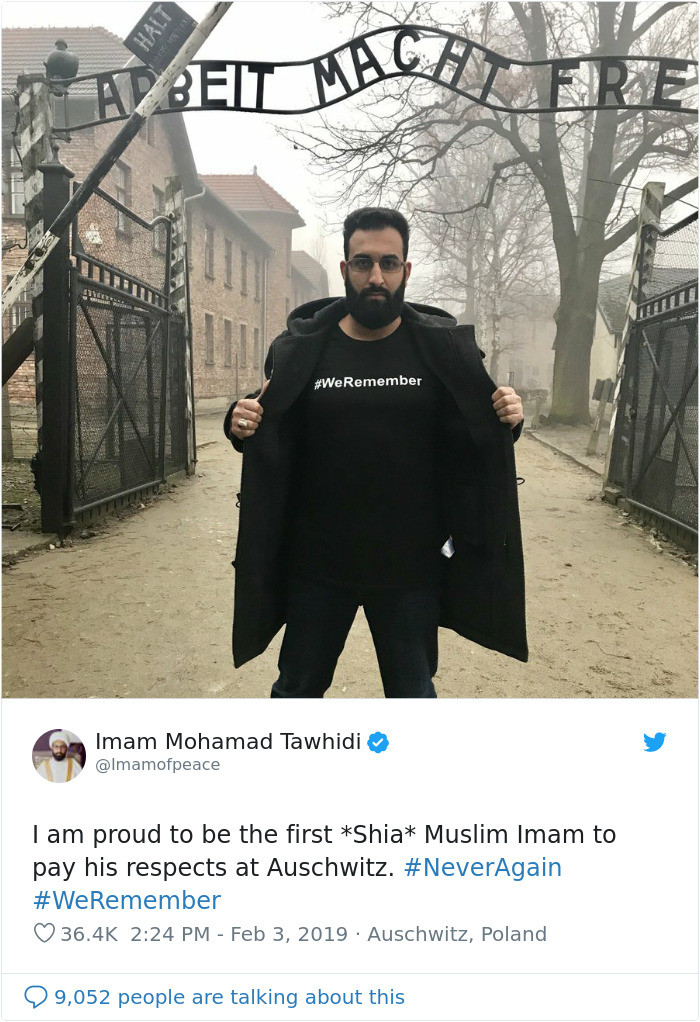 #4 Unite And Stand Together 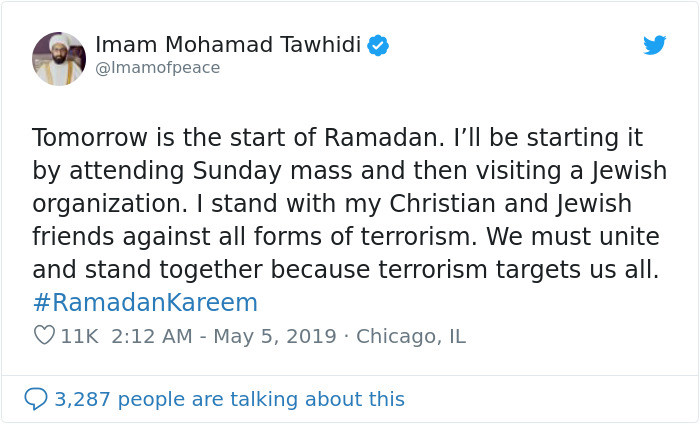 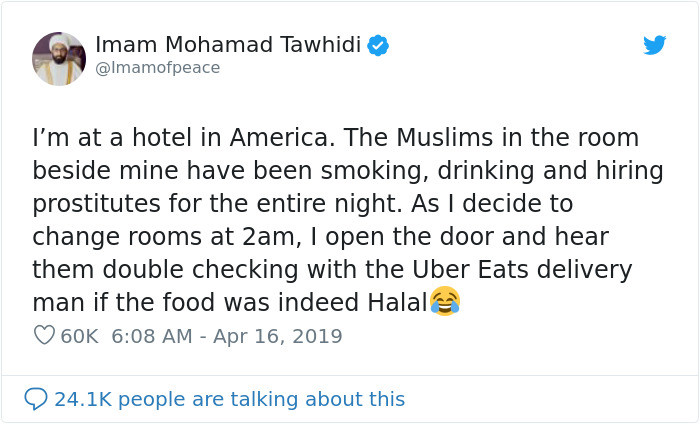 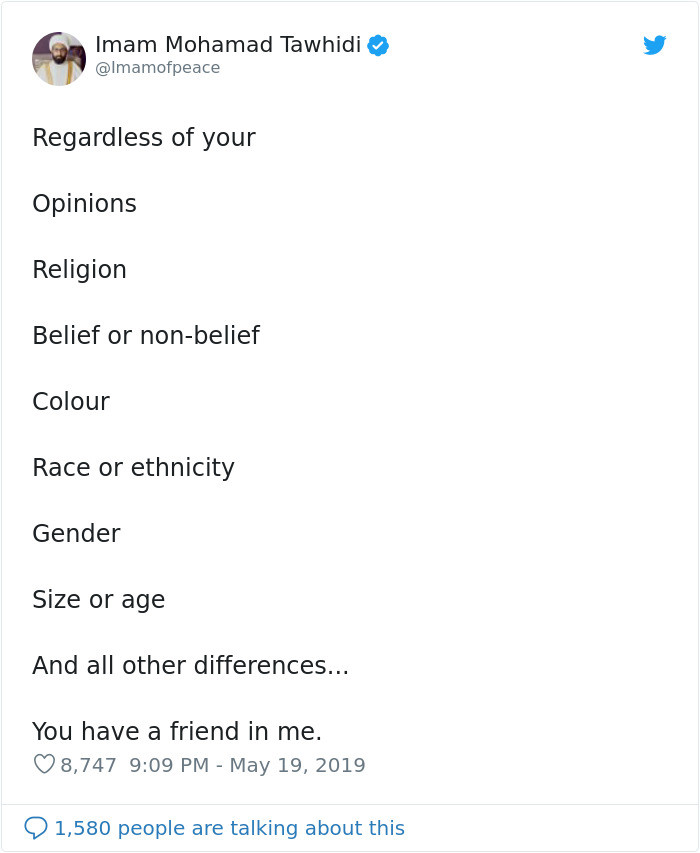 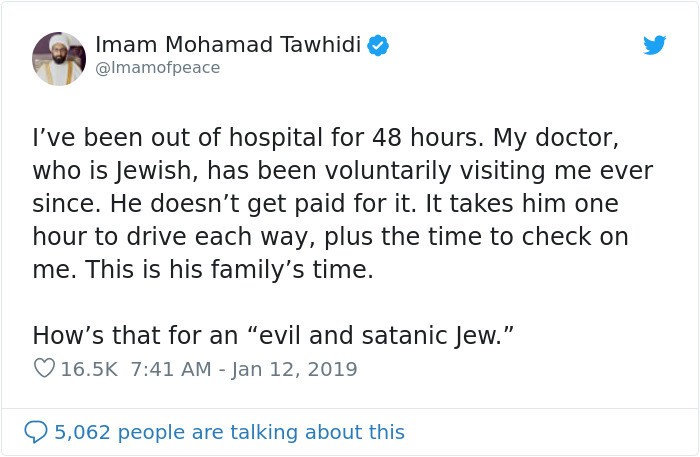 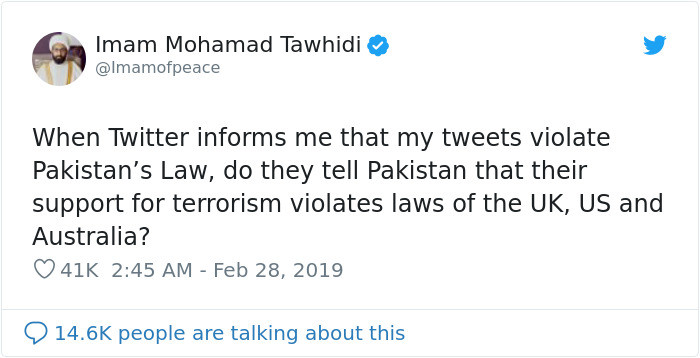 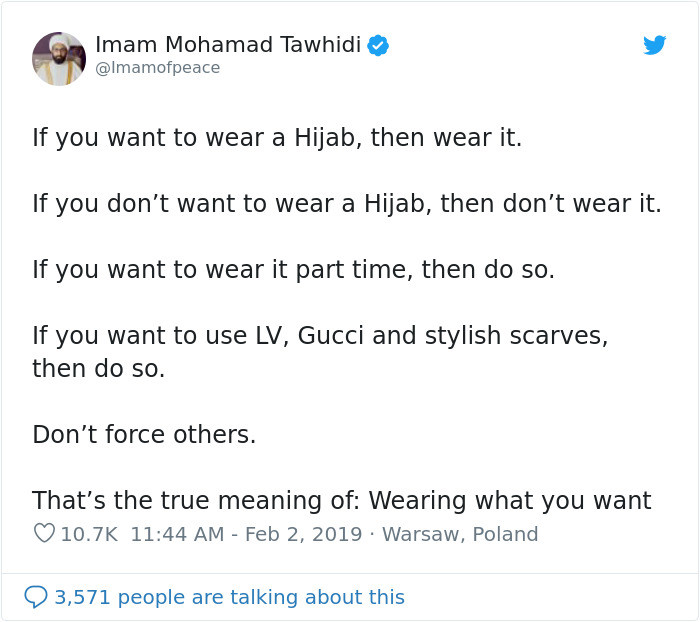 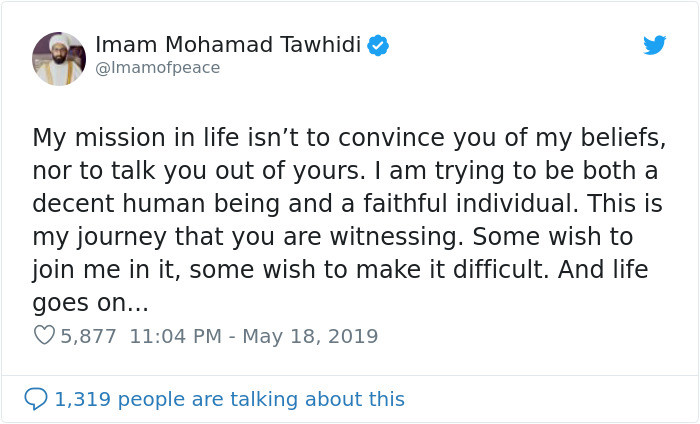 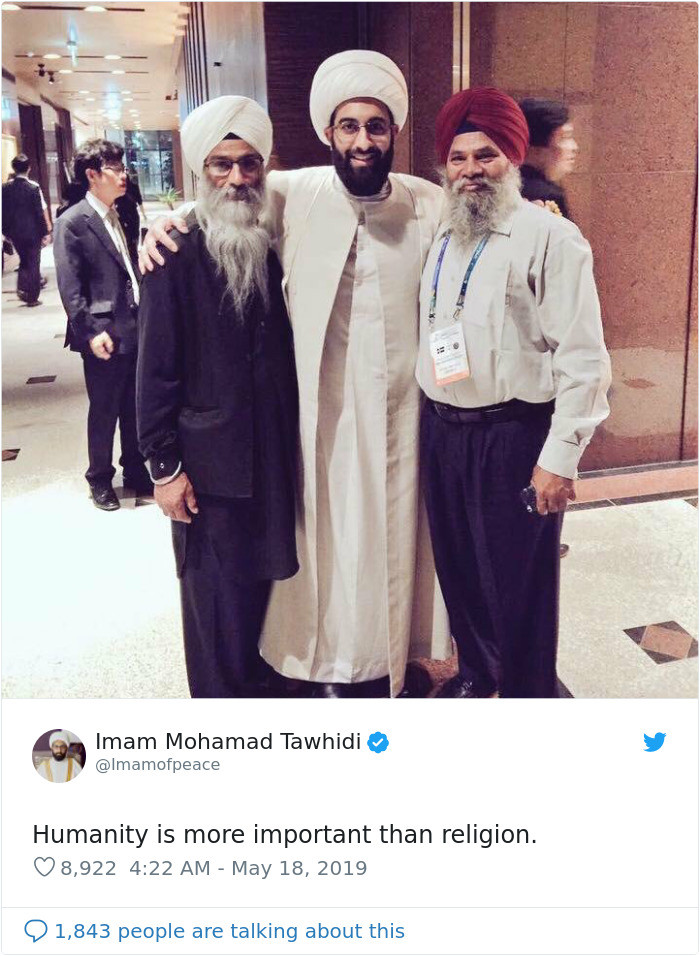 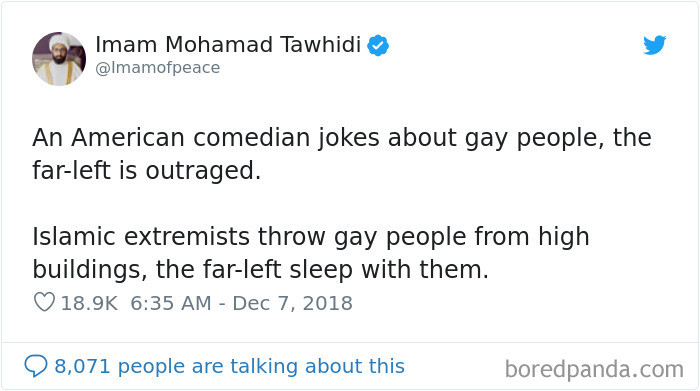 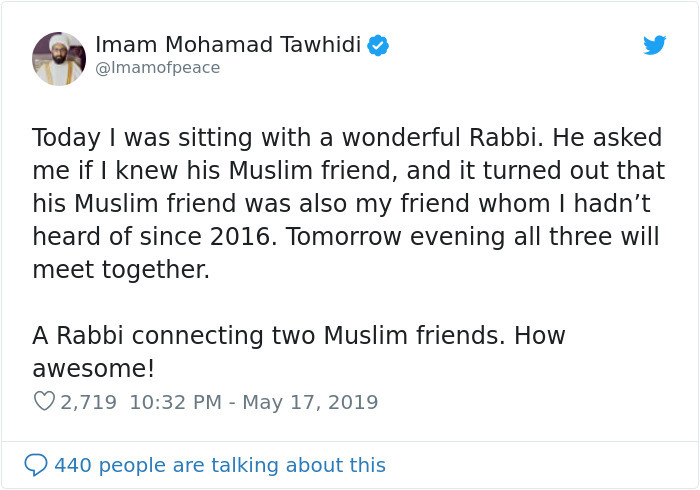 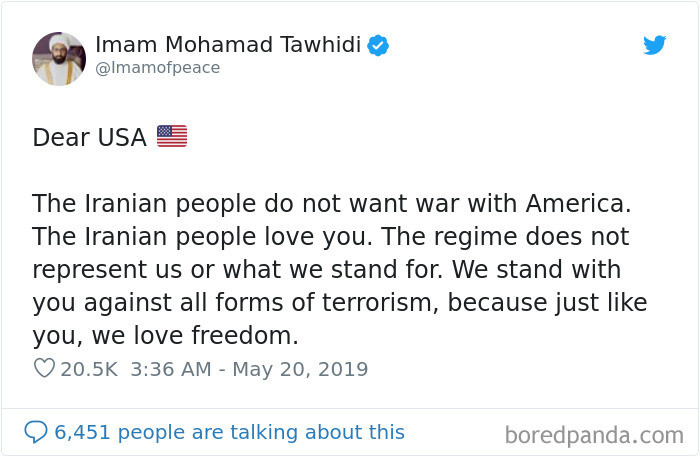 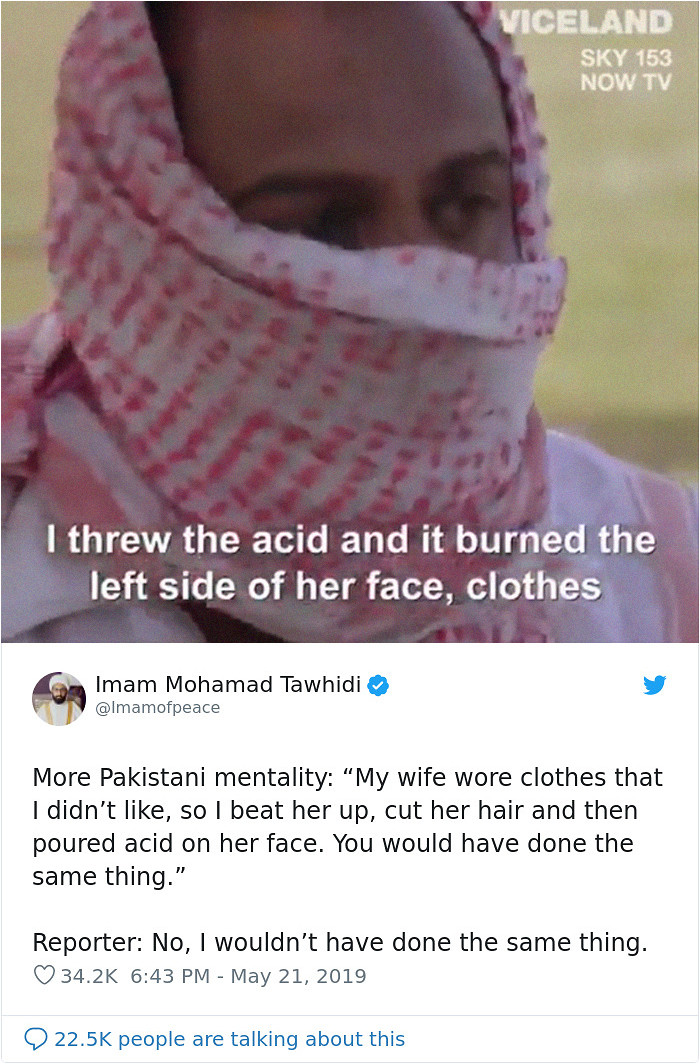 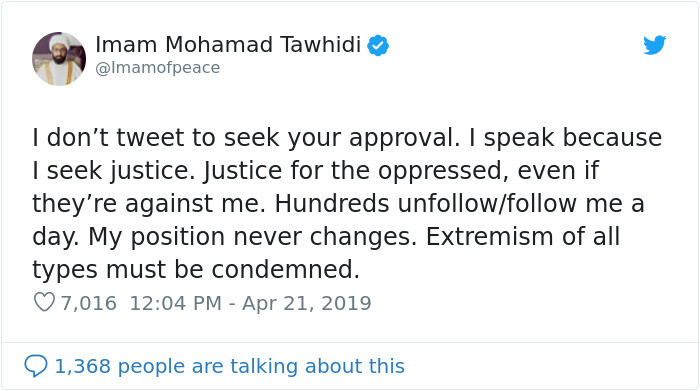 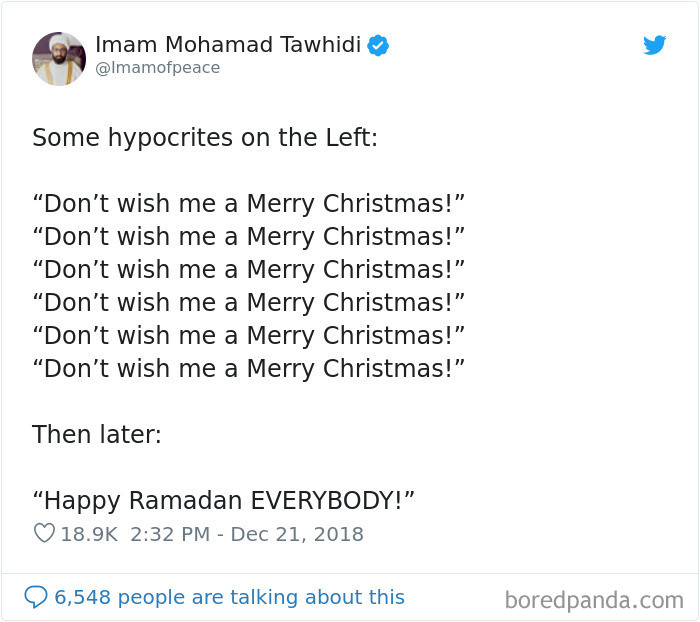 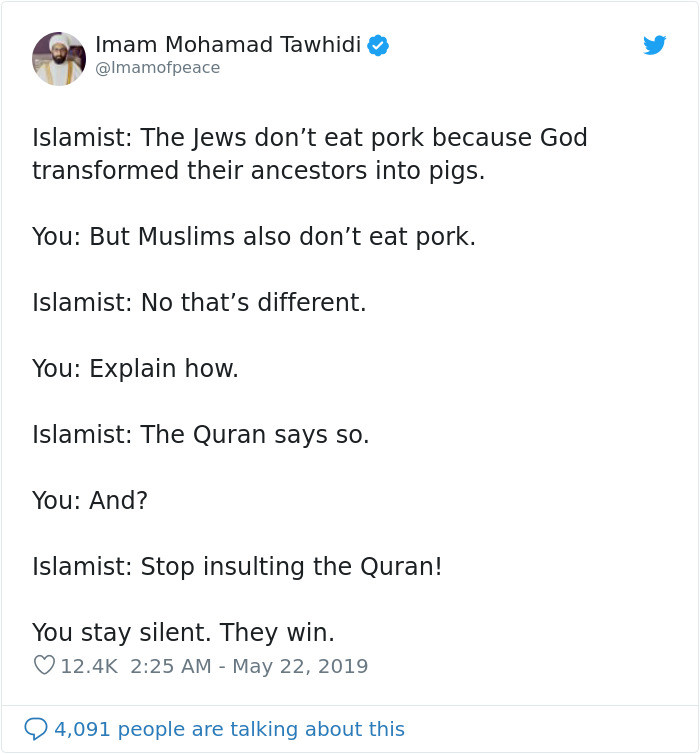 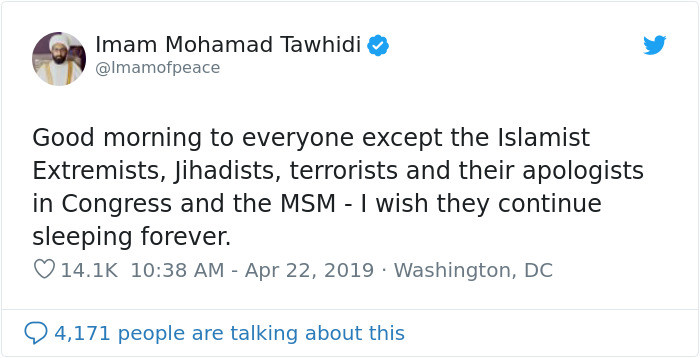 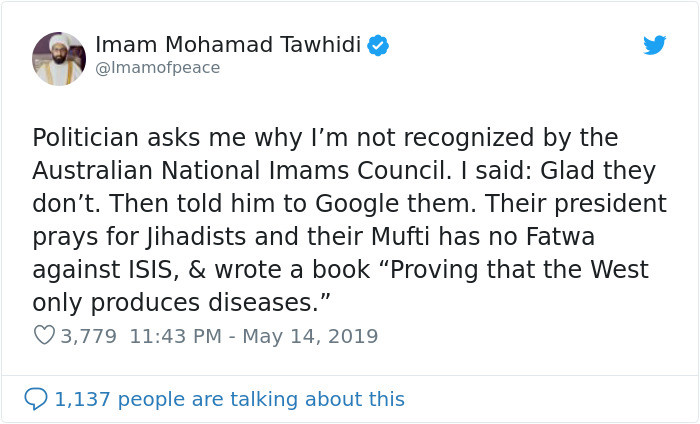 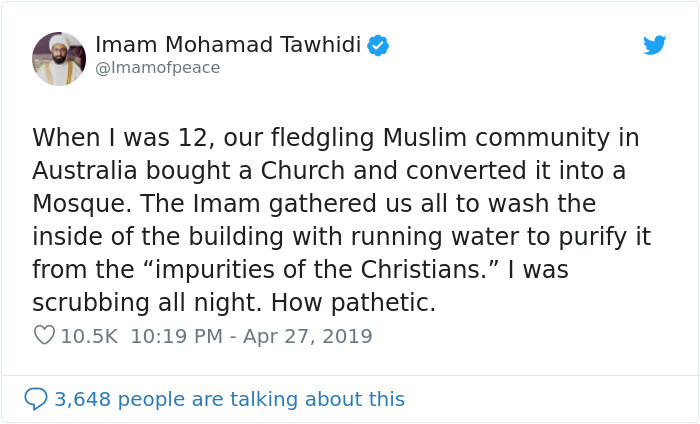 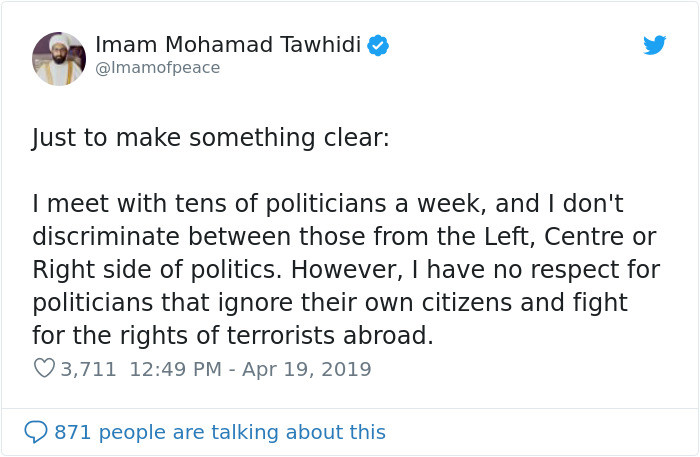 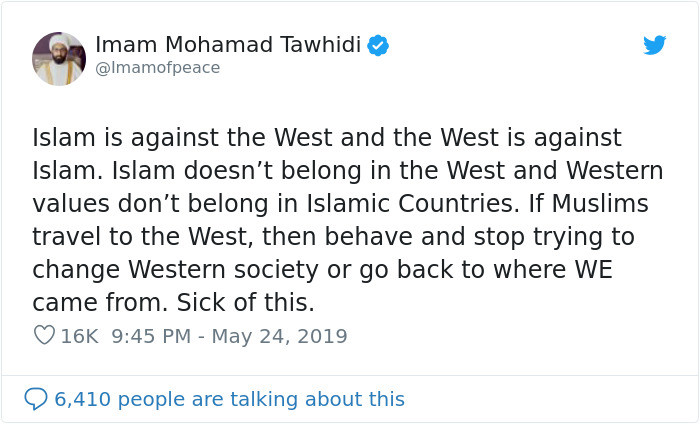 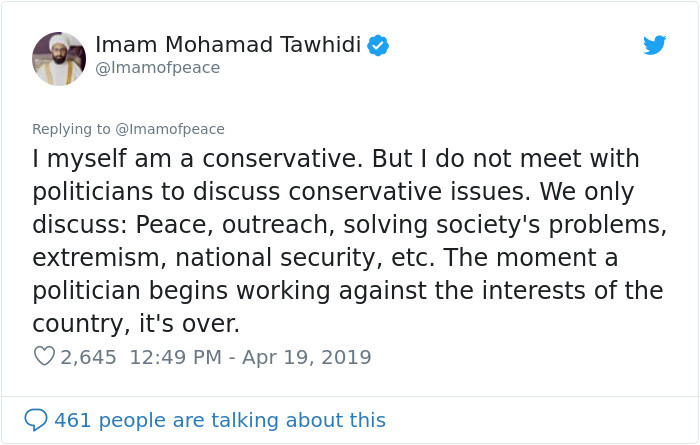