Keanu Reeves is a notorious good guy, the celebrity the whole Internet positively adores and wants nothing but the best for. Earlier this year everyone went absolutely bonkers when Keanu revealed in an interview that he's a "lonely guy." After everything the celebrity has been through, people across the globe sincerely wanted nothing but the best for him. It would seem that his time has come, too, because for the first time in decades Keanu Reeves walked the red carpet... with a girlfriend!

Glowing, radiant, happy... everything we've all wished for Keanu right before our eyes. We couldn't be happier to share some photos and details of this endearing duo.

You know, I’m the lonely guy. I don’t have anyone in my life. But if it does occur, I would respect and love the other person; hopefully, it’ll happen for me. 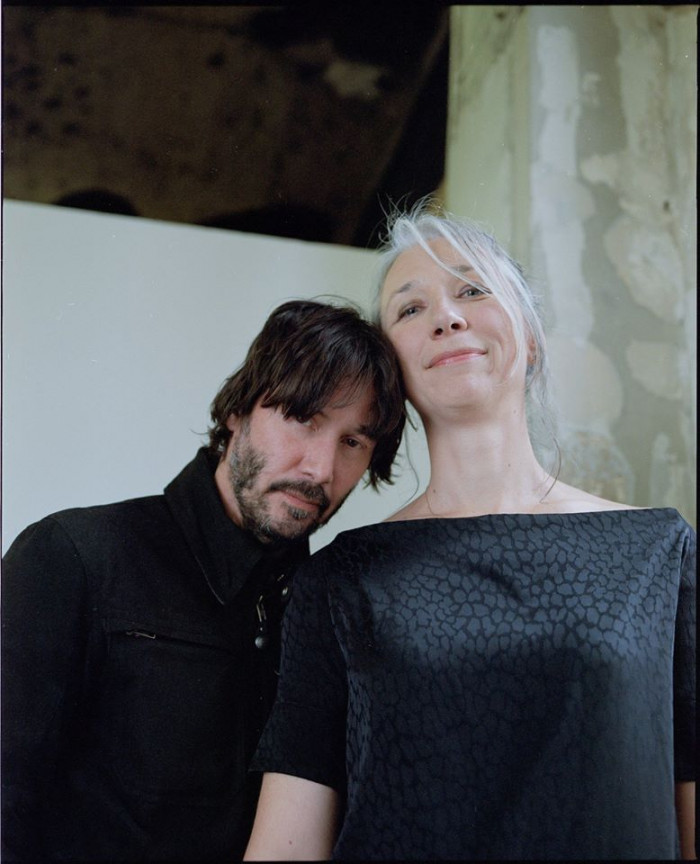 On Saturday, November 3, he walked the red carpet, hand in hand with artist Alexandra Grant. 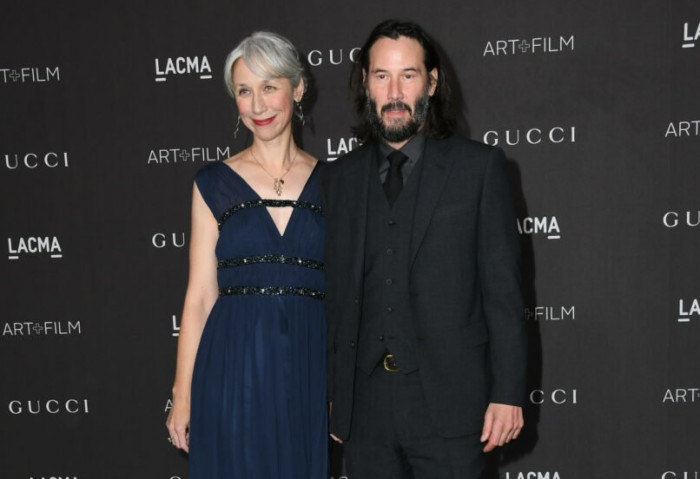 Reeves, 55, and Grant, 46 glowed together at the LACMA Art + Film Gala Presented By Gucci, in Los Angeles. 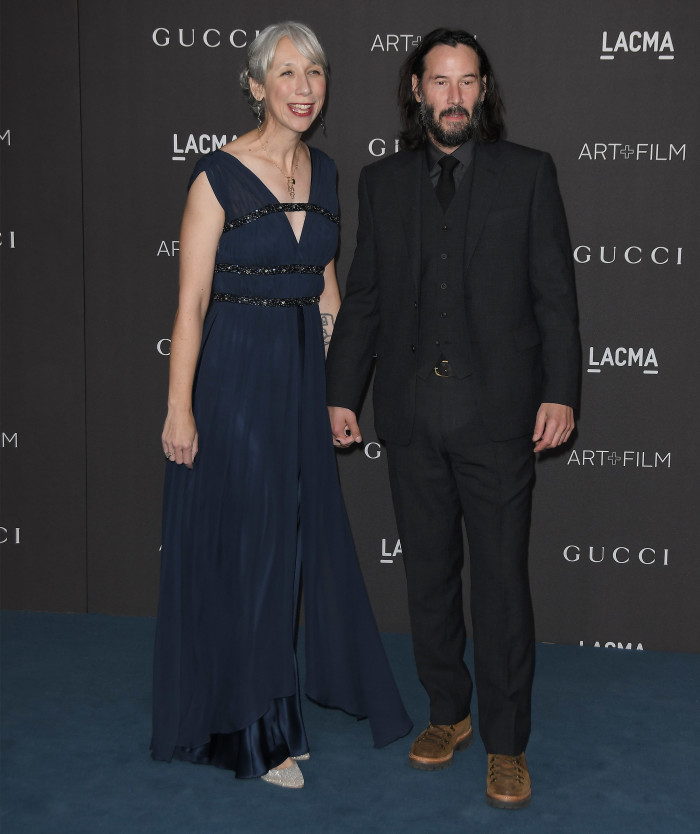 Noted as their first "official" outing, date on the carpet, it's not the first time the pair have been spotted or rumors have flurried. 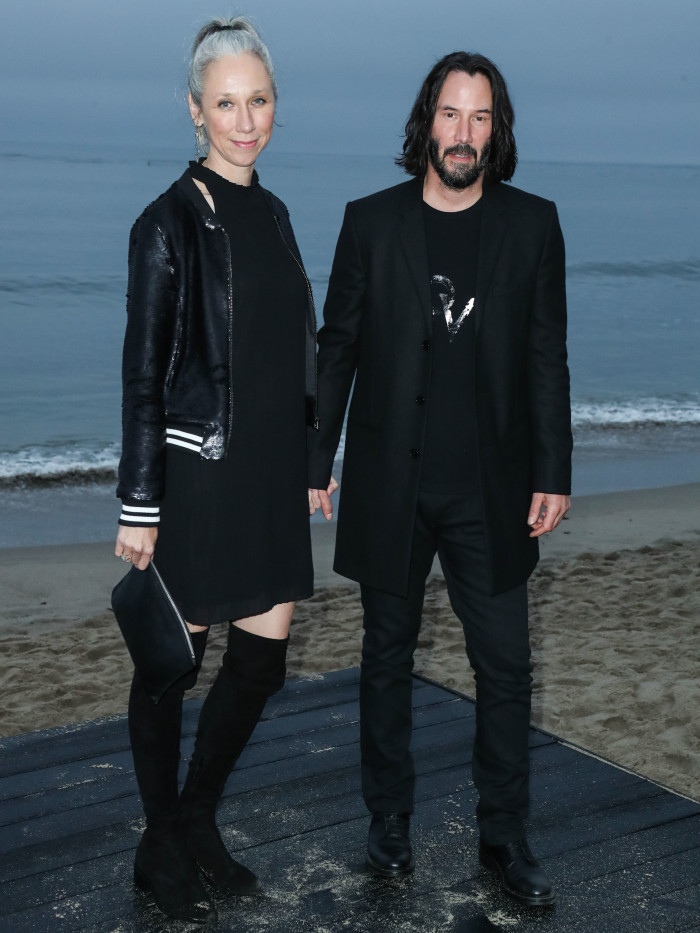 In fact, the pair collaborated on Reeves’ first book in 2011, Ode to Happiness. Grant illustrated the book. 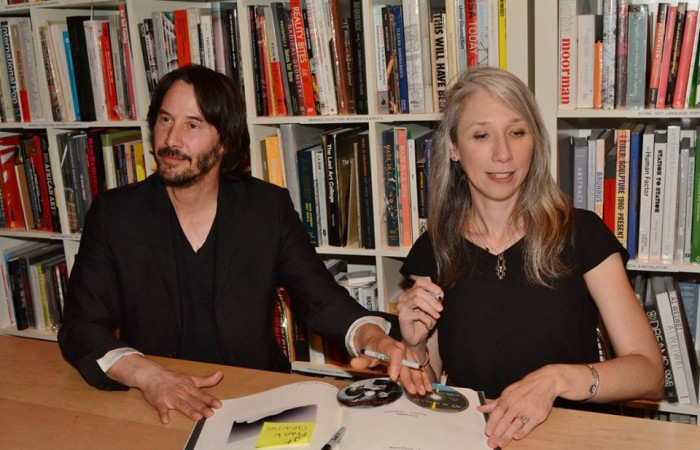 The pair teamed up again in 2016 for Keanu's second book, Shadows, once again illustrated by Alexandra. 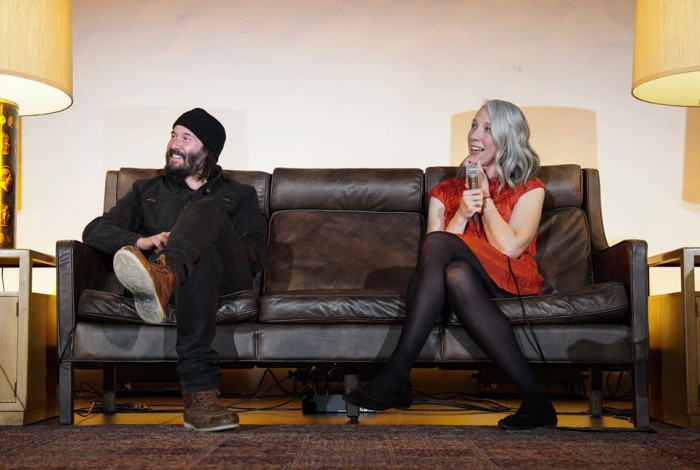 On top of working on poetry and art projects together, Alexandra and Keanu had been spotted recently enjoying dinner together, which is when the rumors started. 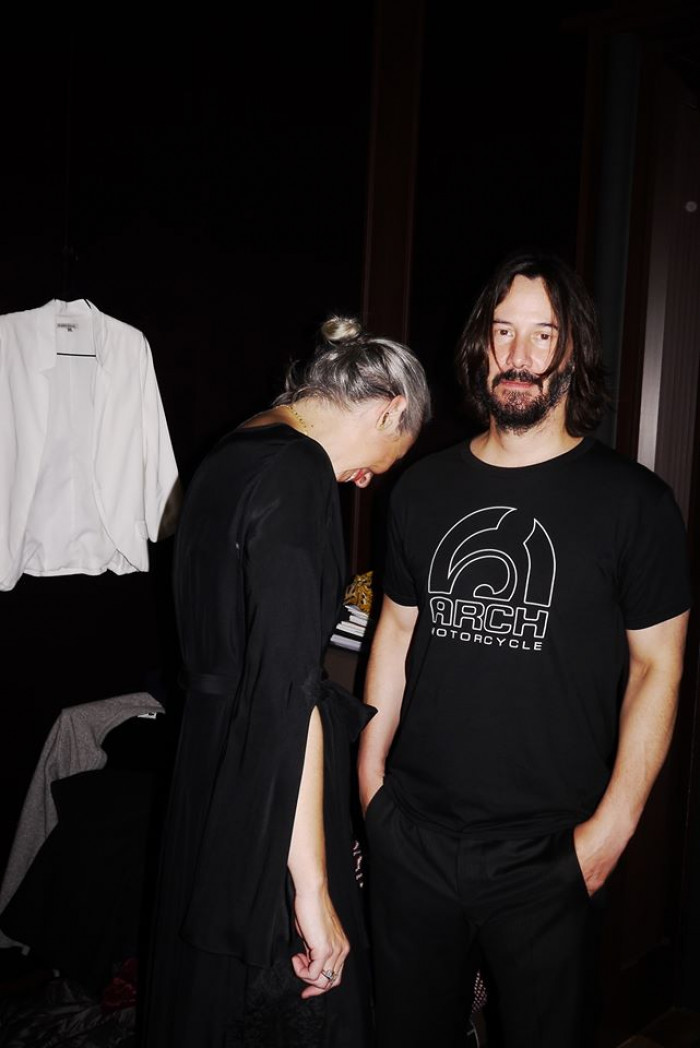 The dynamic duo has also founded X Artists' Books: "a small publisher of thoughtful, high-quality, artist-centered books that fit within and between genres. Our books are works of art; portals to imagined worlds; treasured companions; the fabric of a community." 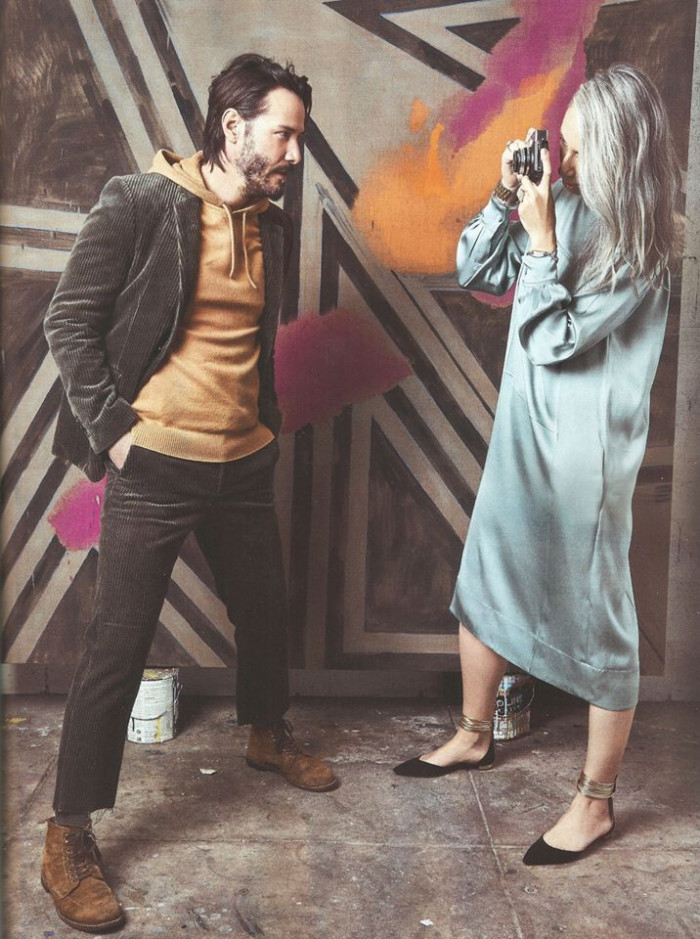 In 2018, Grant spoke to Los Angeles Magazine about their publishing company:

Some people are kind of dreamers who have a lot of ideas but don’t like to get things done. I think we both like to have the idea and get it into the world. 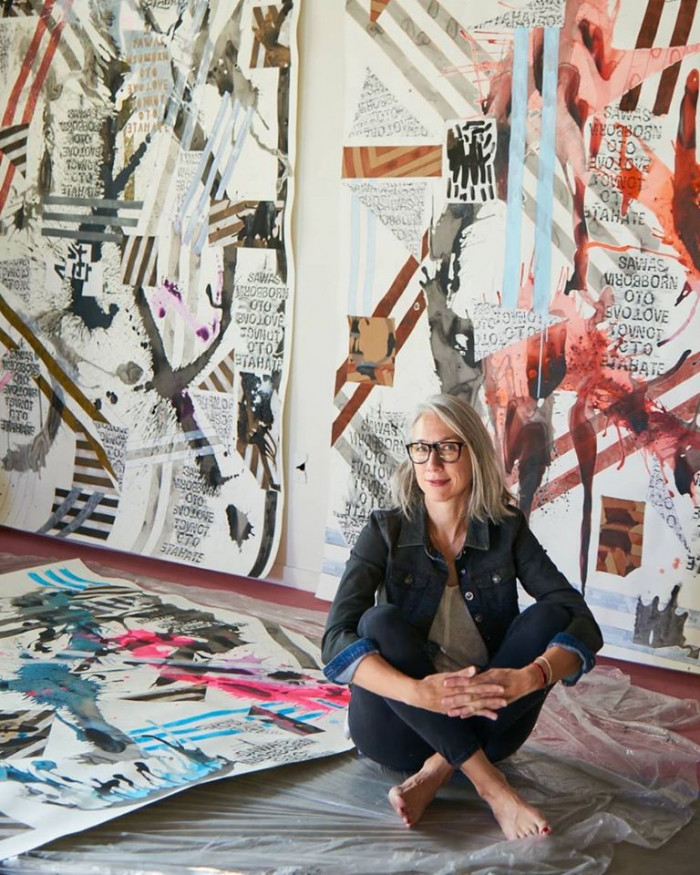 Nearly 3 years ago, LA Mag reported on observing the then friends for the interview:

In conversation, the two friends share an easy rapport and speak in a comfortable shorthand fueled by inside jokes and knowing smiles. 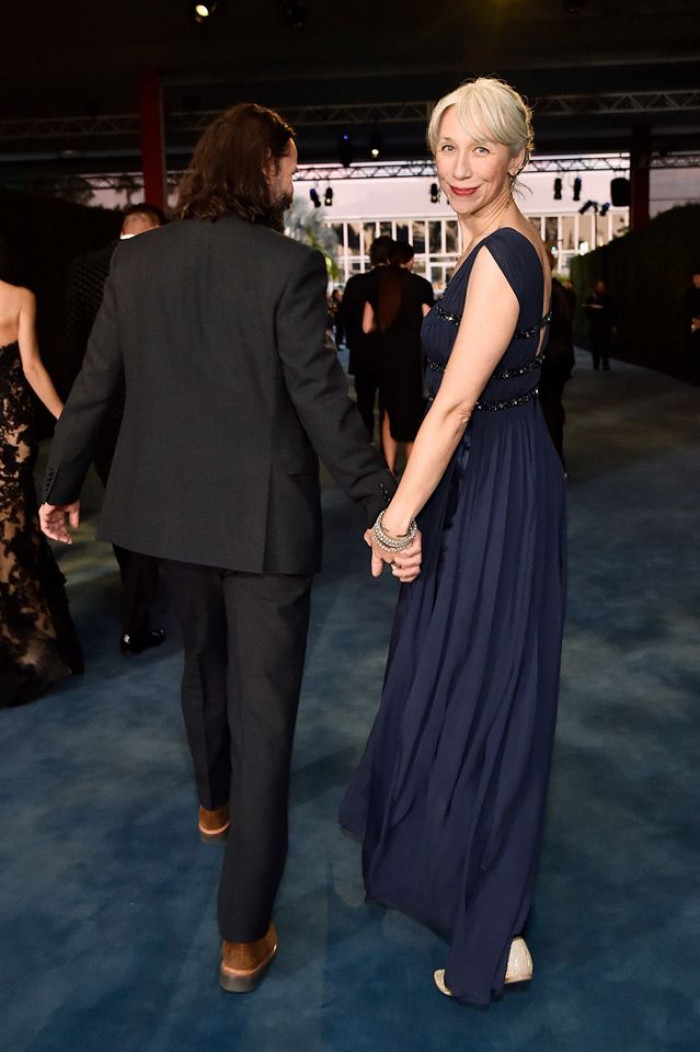 Reeves hasn't been officially romantically linked to anyone since Jennifer Syme, the couple's daughter Ava was stllborn in December of 1999, and shortly after they separated before Syme lost her life in a car accident.

Discussing his grief with Parade in 2006, Reeves said:

Grief changes shape, but it never ends. People have a misconception that you can deal with it and say, ‘It’s gone, and I’m better.’ They’re wrong. When the people you love are gone, you’re alone. I miss being a part of their lives and them being part of mine. I wonder what the present would be like if they were here—what we might have done together. I miss all the great things that will never be.

Damn it! It’s not fair! It’s absurd. All you can do is hope that grief will be transformed and, instead of feeling pain and confusion, you will be together again in memory, that there will be solace and pleasure there, not just loss.

Much of my appreciation of life has come through loss. Life is precious. It’s worthwhile. 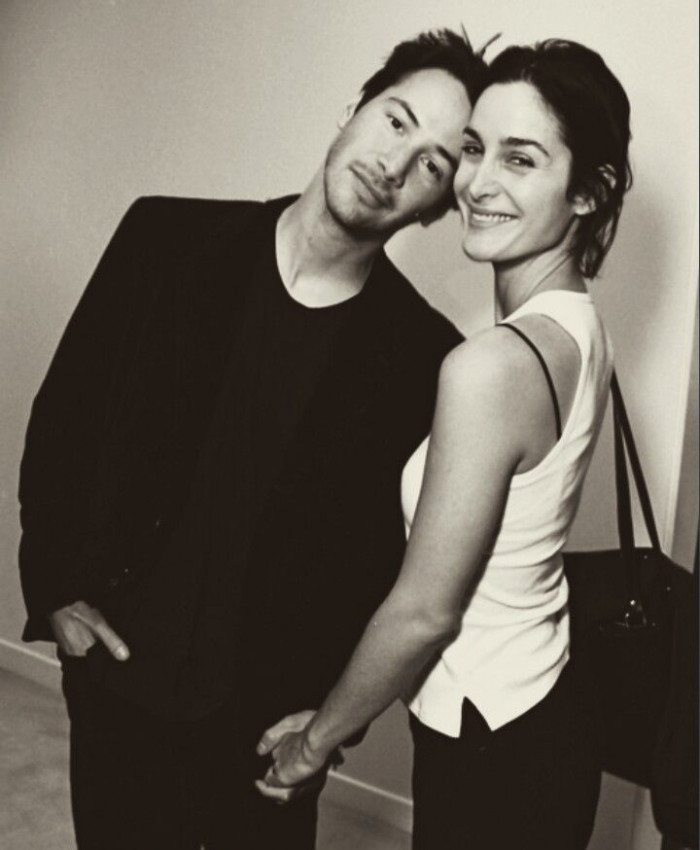 Today, it's safe to say that everyone is happy for Keanu Reeves. 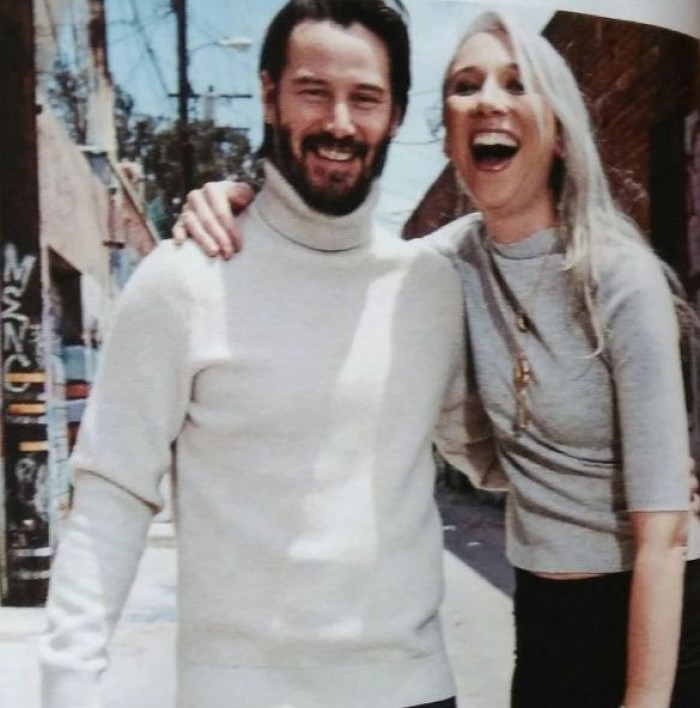 Let us know in the comments what you think of Keanu and Alexandra! We'd love to hear from you.