Keanu Reeves As All Your Favorite Disney Princes

Every few months, something takes the internet by storm. We had 'Grumpy Cat', we had Harambe, and now... we have Keanu Reeves. Yep, old-skool, '90s Keanu is back. Reeves himself was recently interviewed and said he has absolutely no idea why the internet is so utterly obsessed with him at the moment, but he's very flattered nonetheless. When you really think about it, Keanu has been in some absolute banger films. 'Speed' was EVERYTHING!

'John Wick' (and subsequent films of the same franchise) are pretty bad ass, of course he slayed 'The Matrix' -- and let's be real.... 'The Lake House' was good, too (although we'll keep that on the DL). He's also great as the voice of Duke Caboom in 'Toy Story 4' - and he's hilarious. So below we have an artist (LA based bad-ass, Crystal Ro, presenting a seriously cool interpretation of Keanu as your favourite Disney Princes... and it's kind of great.

Keanu as Prince Charming from 'Cinderella' (1950) 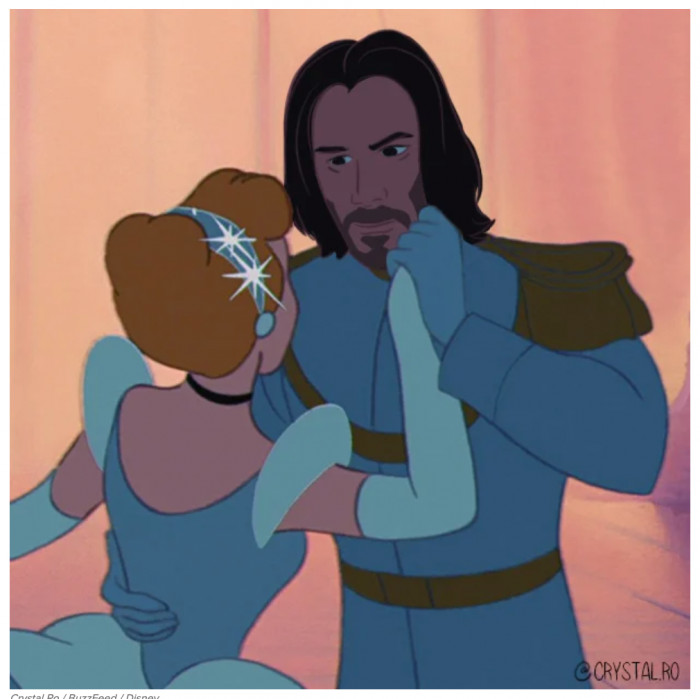 Keanu as Prince Eric - We'd totally give up our mermaid tail for him! 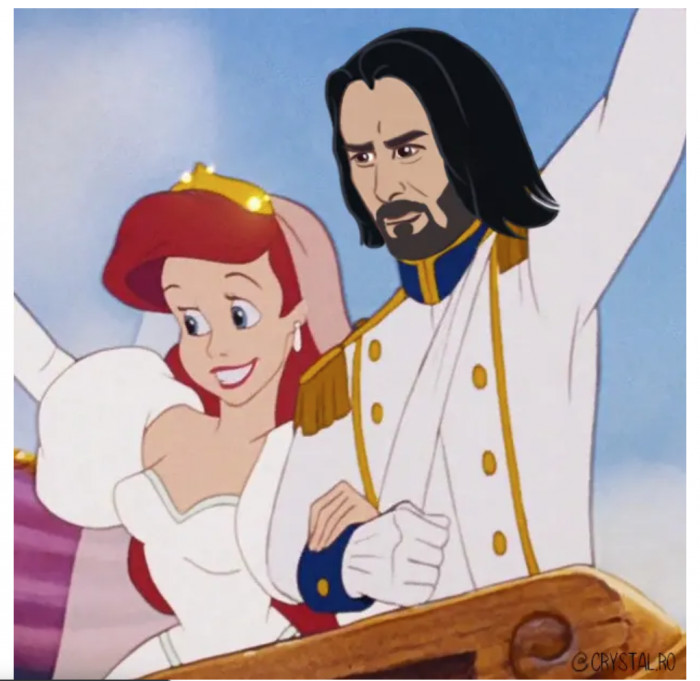 Keanu as Aladdin - This one is SERIOUSLY convincing! 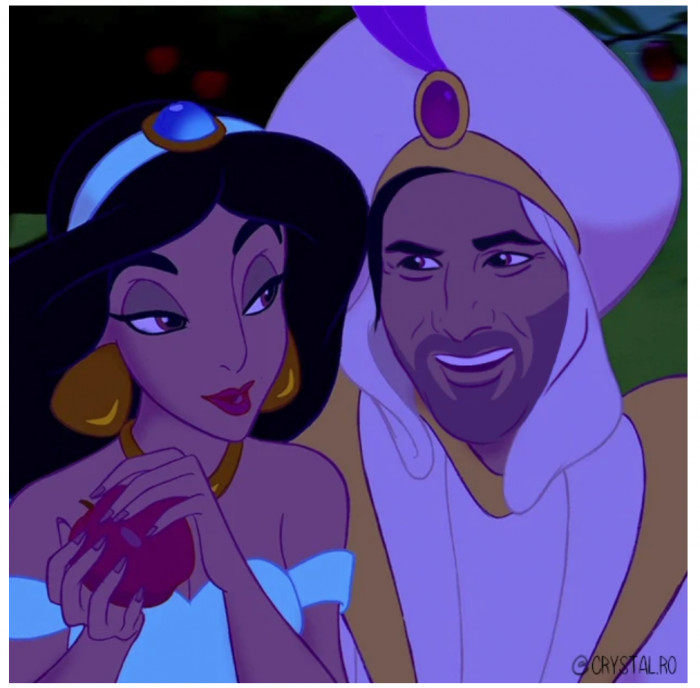 Keanu giving Snow White the kiss she's been waiting for! 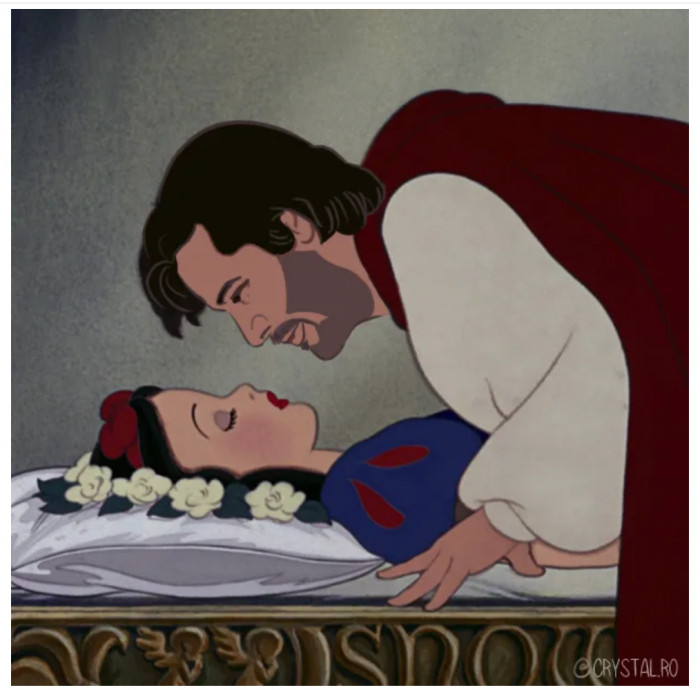 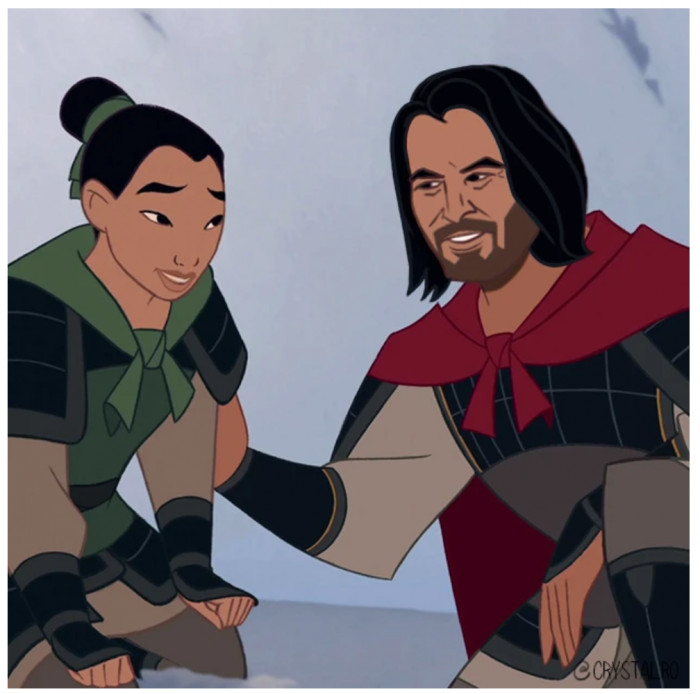 Keanu as John Smith... granted, I miss original John's gorgeous blonde undercut, but this is great! 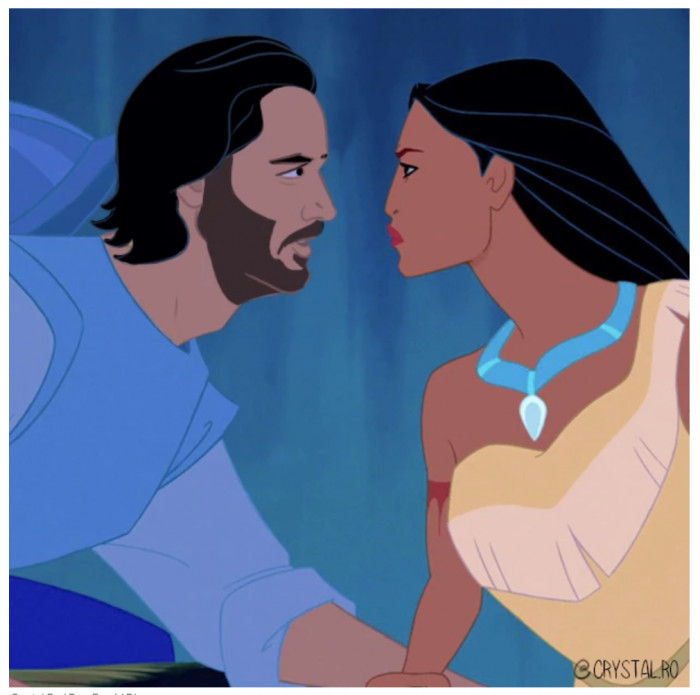 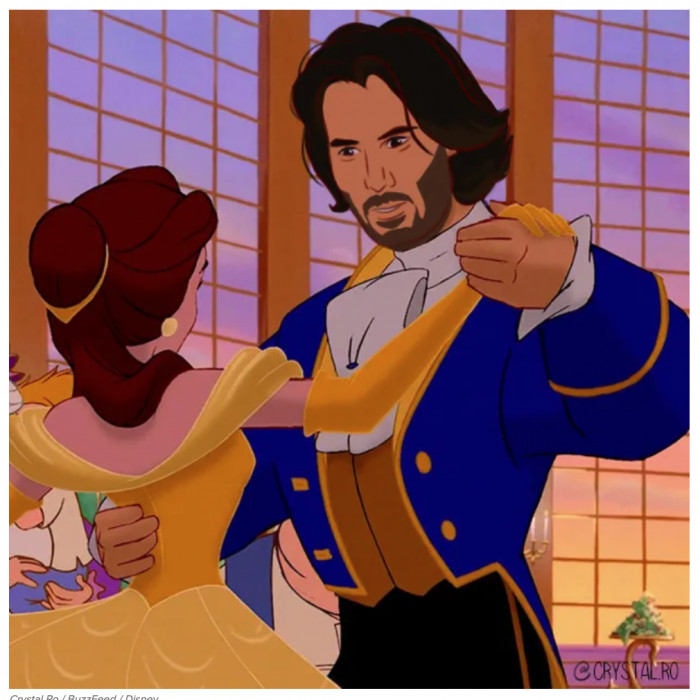 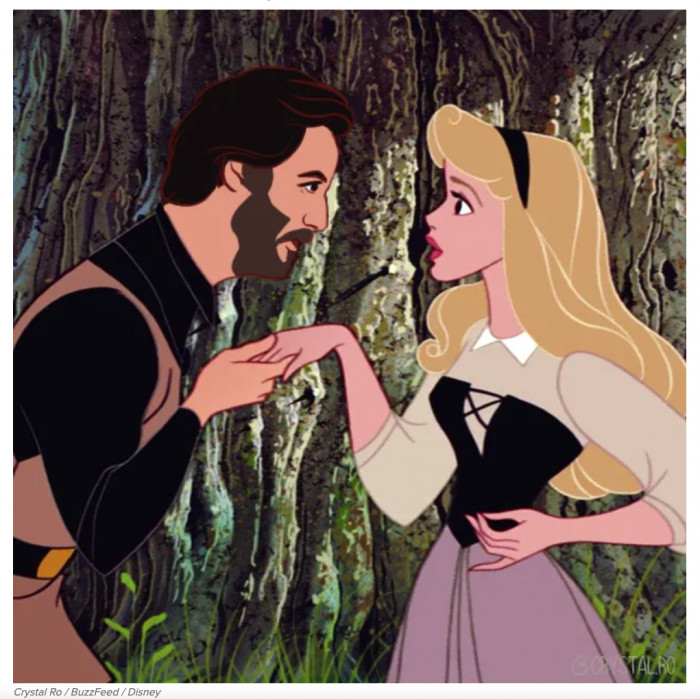 Keanu as Naveen - he looks happy to be there! 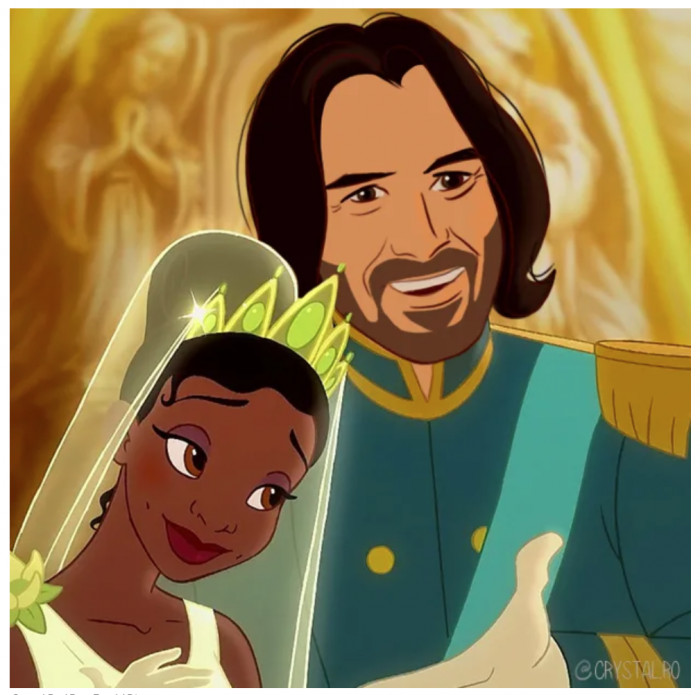