Haunting Photos From That Keep The Memory of 82 Children Alive

The second global war lasted from 1939 to 1945 and because of the extreme nature of the atrocities and tragedies, it is extremely important to never forget the lasting impact of cruelty humans are capable of. In fact, World War II was the deadliest conflict in all of human history. Somewhere between 50 and 85 million lives were lost, most of whom were civilians in the Soviet Union and China, in addition to the genocide of the Holocaust which murdered an estimated near 6 million Jews. Other sources of death during WWII included strategic bombing, premeditated death from starvation and disease, and the only use of nuclear weapons in war.

There is no shortage of tales of horror courtesy of World War II, leaving many still today, decades later, grasping to understand the inhumanity and desperate to make sure the world never forgets, and never repeats what happened.

One could never compare the atrocities and find justification in it, but each story is worth telling and what happened to the people of Lidice is a story that simply must be told, especially in light of the incredible memorial that was made over decades in their honor. 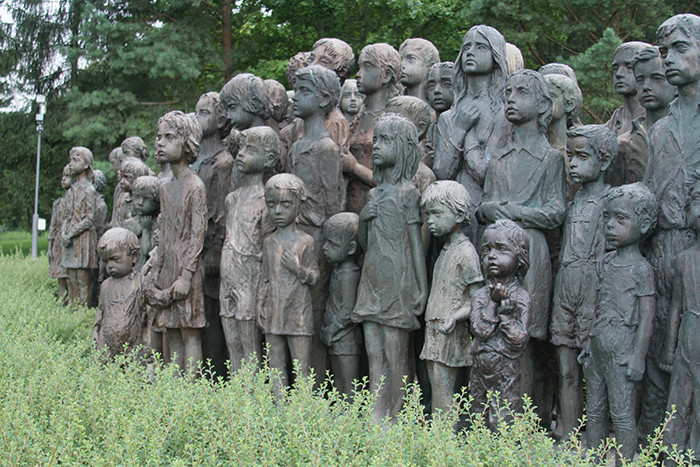 On June 10th, 1942, Nazis murdered nearly all of the residents in Lidice Village. After the assassination of Nazi official Reinhard Heydrich, the Reichsprotektor of the Protectorate of Bohemia and Moravia, Hitler immediately ordered mass killings in Czechoslovakia to avenge his death. 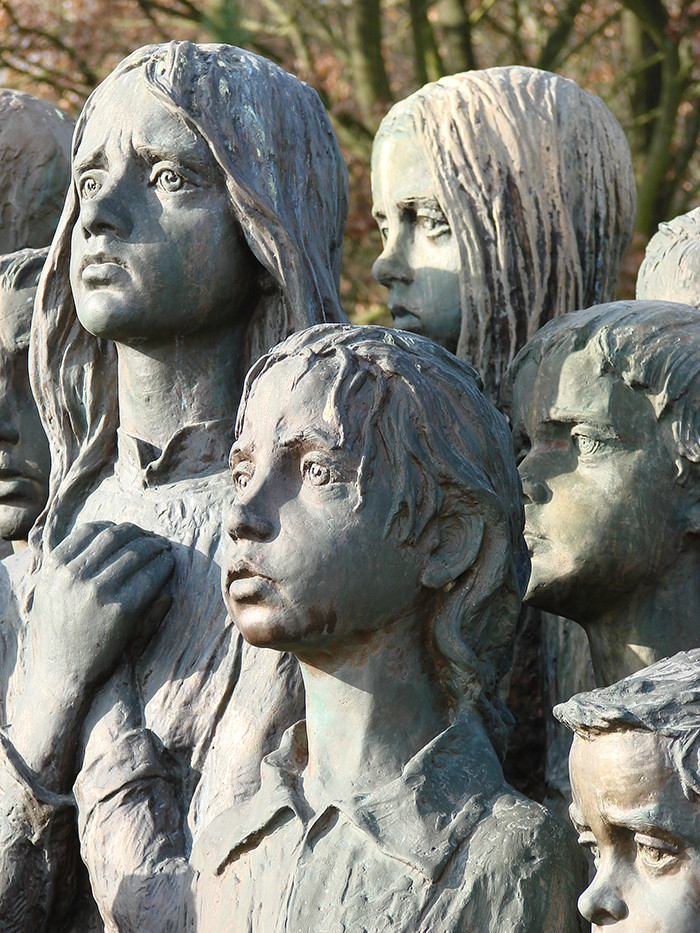 In Lidice Village, all of the men were immediately murdered. The women and children were separated and sent to concentration camps. This was because Hitler wanted severe punishments to be carried out against any village that had harbored Heydrich's assassins.

Nazis specifically targeted Lidice because one local family had a son in the Czech army in England, and for the children? The ones who looked "Aryan enough" would be “Germanized," while the rest would be sent to Chełmno. 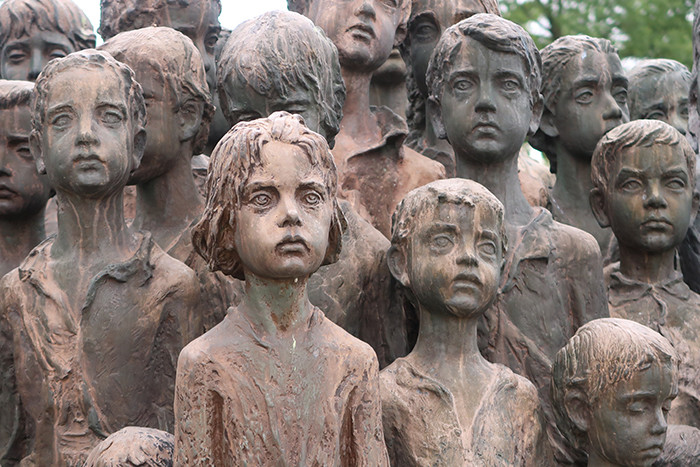 Chełmno was a northern town in Poland which housed the first German extermination camp. It was built by the Nazis during World War II specifically to carry out ethnic cleansing through mass killings, genocide. At a very minimum 152,000 people were killed in the camp at Chełmno, which would make it the fifth most deadly extermination camp, but some estimations have the death toll closer to 340,000. The 82 children of Lidice were gassed at Chełmno. 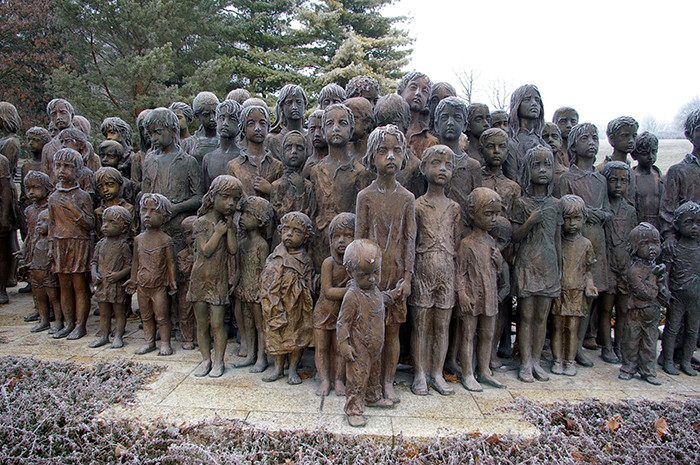 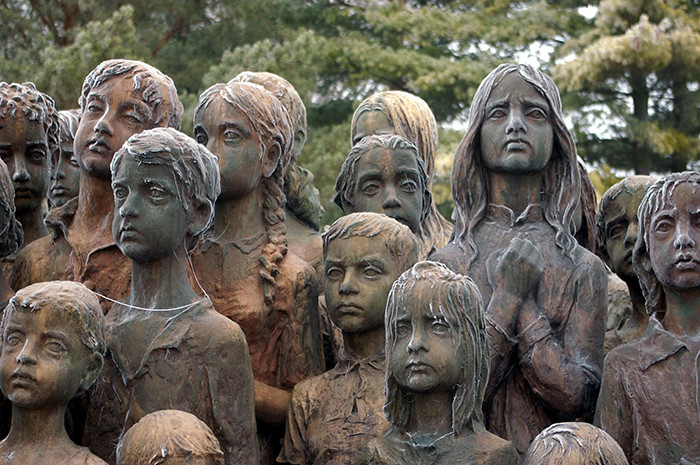 Born in 1924, Marie Uchytilova-Kucova was a Czech sculptor as well as academic sculptor professor who was deeply moved by the atrocities against the innocent people of Lidice. So, in 1969 she decided she wanted to create a bronze monument for the 82 children whose lives were stolen from them. The commemorative statue would take decades to complete, but it was a project of heart and soul. 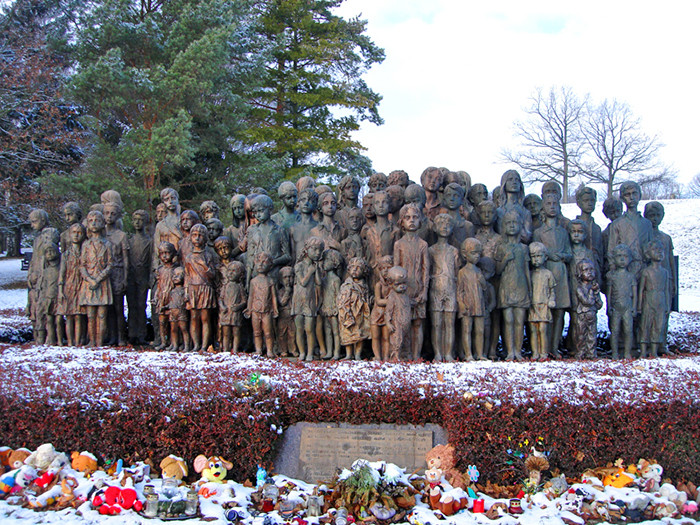 Marie Uchytilova created the statues in life-like sizes and while she diligently worked over the course of twenty years on the project, numerous people visited her atelier, and they later started collecting money for the monument. 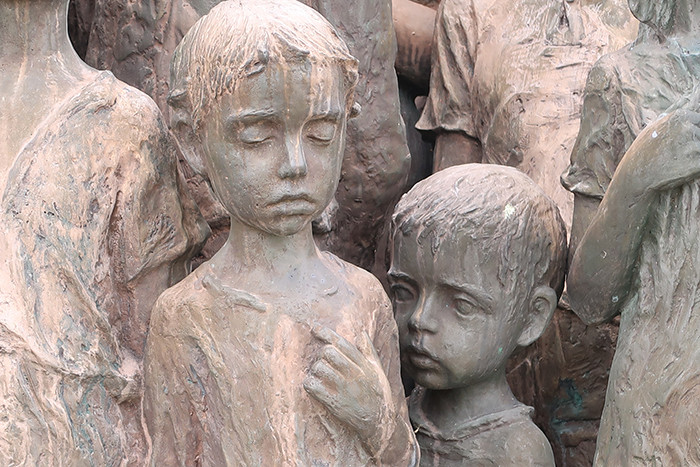 Finally, in March of 1989, Marie finishes the sculptures in plaster. However, the money that was collected to help cover the costs of the statues was never seen by Marie. So, she began to use her own savings to cast the statues. After finishing only three children, Marie unexpectedly died and the special project appeared to be left unfinished. 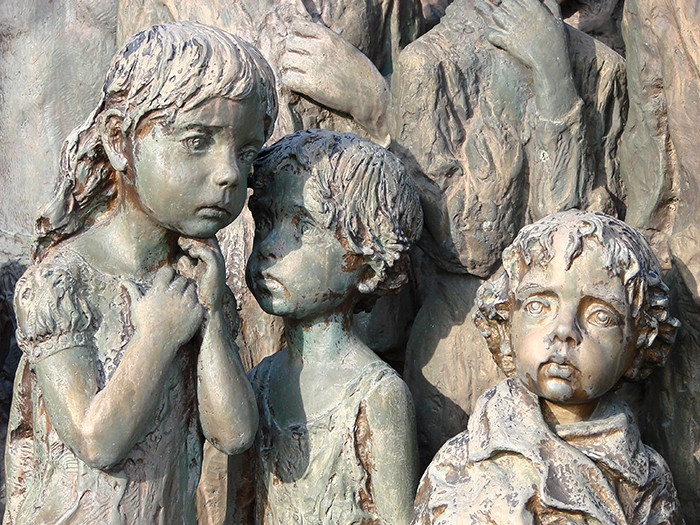 However, after her sudden death, her husband J.V. Hampl continued her work on his own starting in 1990! In 1995, 30 Lidice children in bronze were "returned" to their mothers in Lidice. And then from 1996 onward, more statues were installed and the last ones were uncovered in 2000! 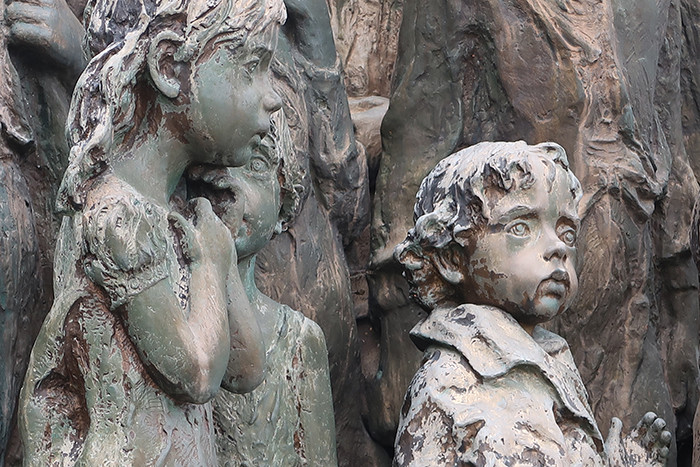 Currently, there are 42 girls and 40 boys murdered in 1942 overlooking the valley. You can read more about the memorial and Marie, the sculpture, on the Lidice Memorial's official website here. 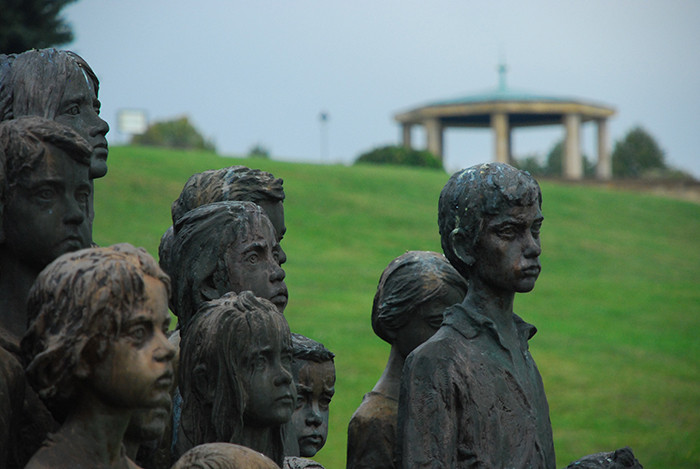