Making it “social media official” is a big step in the modern relationship. What used to be referred to as “going steady” is now replaced by an Instagram post confirming your new relationship status. One of the biggest signs that something may not be right in a relationship, is a partner’s refusal to acknowledge you on their profiles. (Of course, it may be completely fine, but on the other hand it could be a red flag.)

But what happens if you see the person you’re supposed to be seeing on someone else’s profile? Naturally, you’d want answers. It could be an old picture, or it could be a real problem. With the brilliant help of Twitter detectives, this woman was able to discover the truth.

Men with this physique really do something to me. I’m down on bended knee fr fr 🥺😍😍😍 pic.twitter.com/dAI1ihYCUj

And then called it out!

The original Tweet was taken down, but luckily for those of us playing along at home: there's screenshots.

In fairness, it was an ineffective use of emojis...

It could’ve been 1 finger in the pic I would’ve recognized him honestly https://t.co/s95yoCWvJ4

Well sis judging from one of them magazine covers early 2019. THATS the February issue https://t.co/DJDJngcxNr pic.twitter.com/A69GRZbkhs

And literal receipts were provided! 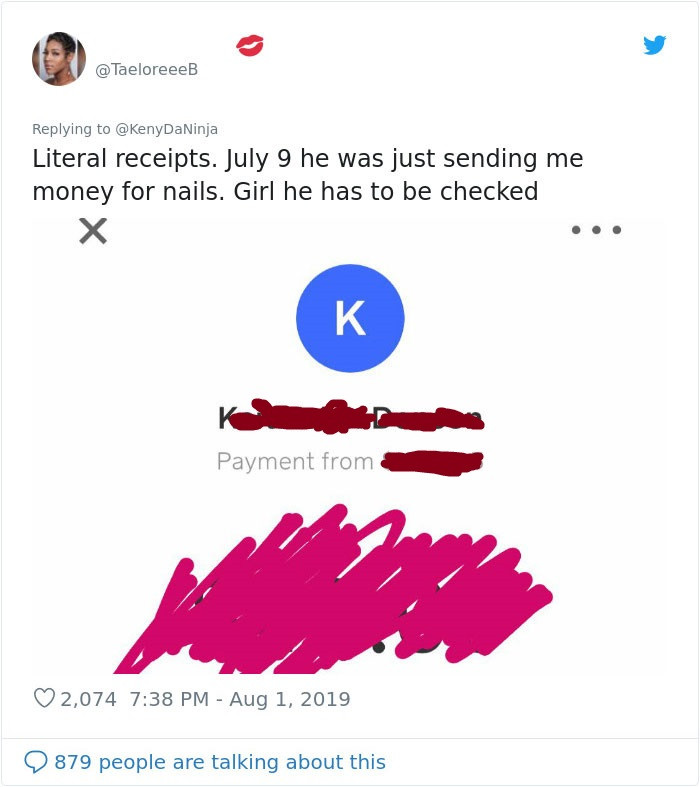 But back to narrowing down the timeline by the magazine covers... PEOPLE WERE IMPRESSED!

Girls working together could probably solve the Bermuda triangle tbh.

Girls that stick together!! pic.twitter.com/3ECOTDmplb

Literally my face reading this

It took 6+ years to find Bin Ladin it took twitter less than 24 hours to find , expose , provide evidence , shamed a nigga all they had to work with was an emoji , and a megazine cover . pic.twitter.com/oDi9fc18Xa

Who said TV doesn't teach you anything?

Missed her calling as a detective

My face listening to my man lie & apologize about the same thing he been lying and apologizing about for the last 6 months.. 🙄 pic.twitter.com/iVQFiZJIF5

Well, what are your thoughts? Let us know in the comment section!