With the number of those diagnosed with COVID-19 continuing to rise globally, everyone seems to be taking necessary precautions to attempt to flatten the curve.

With states beginning to shut down schools until further notice, other states preparing to discontinue school for the remainder of the year. To grocery stores implementing rations for all of their goods, it would be a vast understatement to say that this is now at everyone's front doors.

Among those taking action, is Disney.

The conglomerate closed down cruise lines this week, and their theme parks around the globe, as well as shutting down productions of their live-action films.

Wash your hands people! Sanitize them when you can't properly wash! 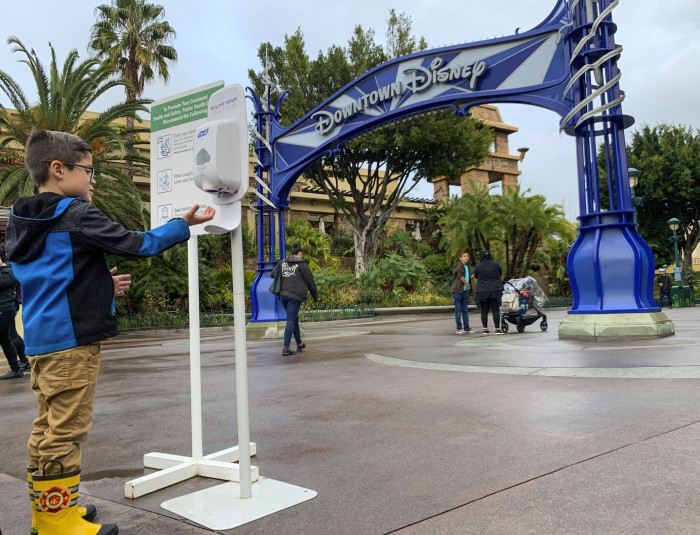 While obviously this is the best decision that could have possibility been made, of course it's left plenty of families disappointed that their plans and vacations are now ruined.

One young lad in particular, had taken a substantially long trip from Canada with his family just to visit Disneyland.

After the closure was announced, he deeply expressed his sadness about missing out on the trip to the L.A. theme park.

However, he happened to do so in the most adult way possible, complete even- with an umbrella and I couldn't think of a more perfectly-timed slow sip of his coffee to give the perfect vibe to his response.

The boy's name is Elias Sharf, and he was speaking to one of FOX 11 Los Angeles' reporter when he asked him about his trip, which of course prompted his response:

‘It’s closing for the whole month and we’ve come from Canada… We took a long trip to get here.’

Be sure to watch his complete response below, so you get the full feel of just how he responded to the reporter.

A sports columnist by the name of Arash Markazi who writes for The Los Angeles Times, is the one who shared the clip of Elias's interview. 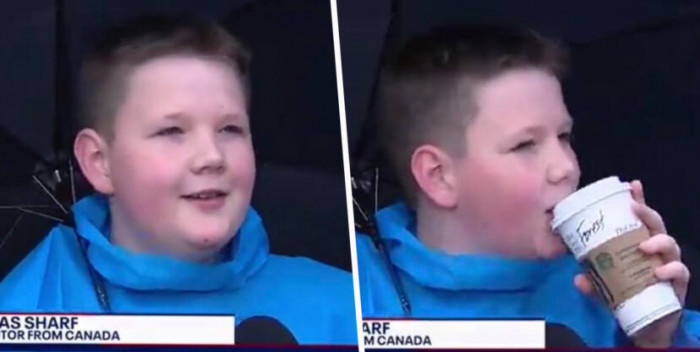 When sharing the interview on Twitter, the LA writer described it as the 'best thing he’s seen today.'

This Canadian kid's response to not being able to go to Disneyland this weekend is the best thing I've seen today. 😂 pic.twitter.com/wrXfaQmCdo 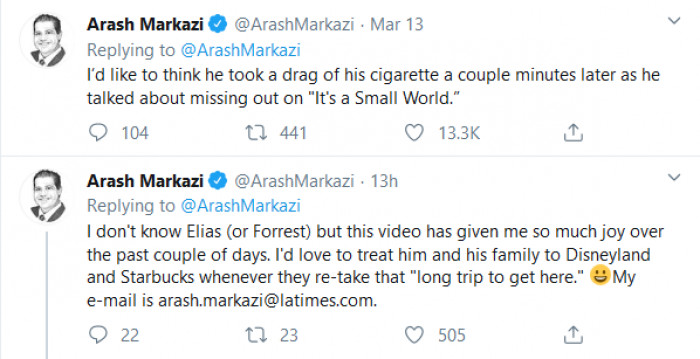 I love that the Dad was moved enough to update the reporter. This is gold. Pure gold. 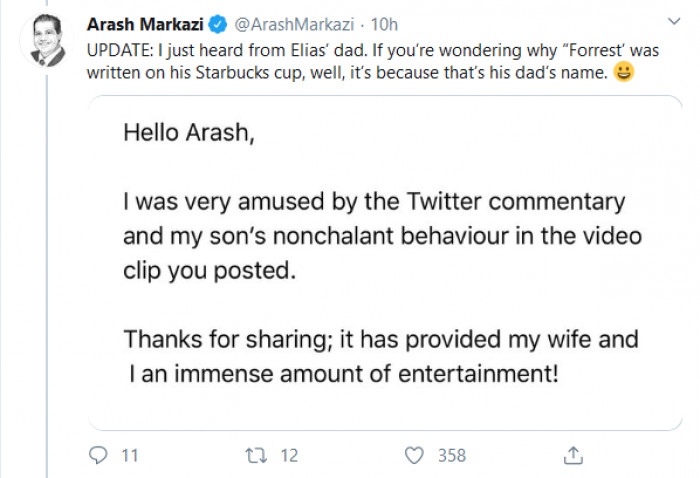 The comments rolled in, seems everyone got a kick out of this kid's timingly perfect response. 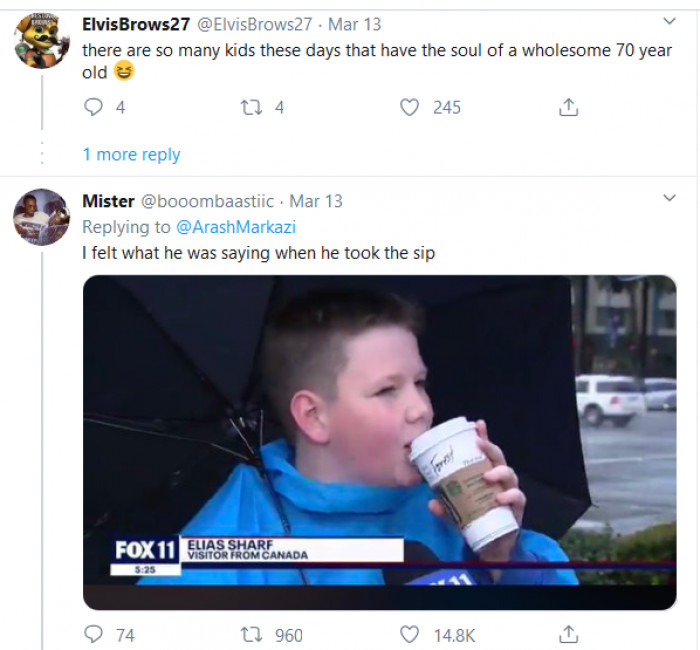 At this point, I agree entirely! 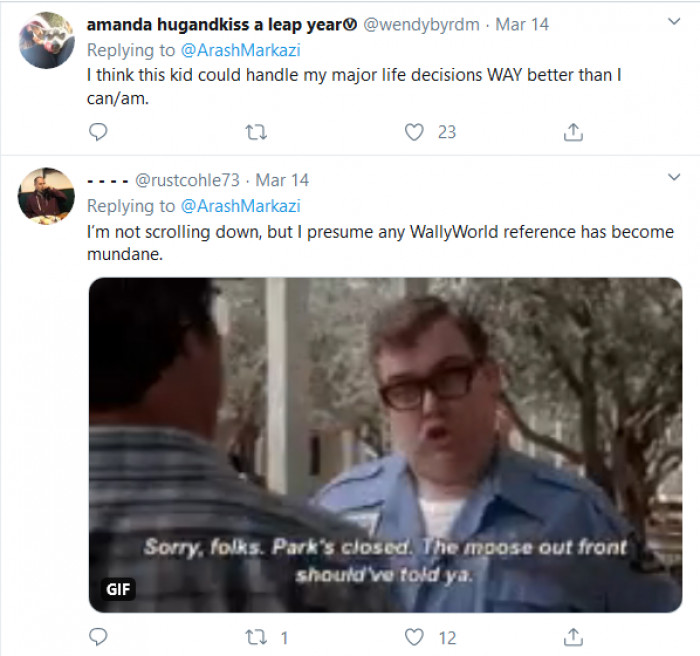 Yes, this kid will most certainly be a legend after these trying times. He embodies hope. 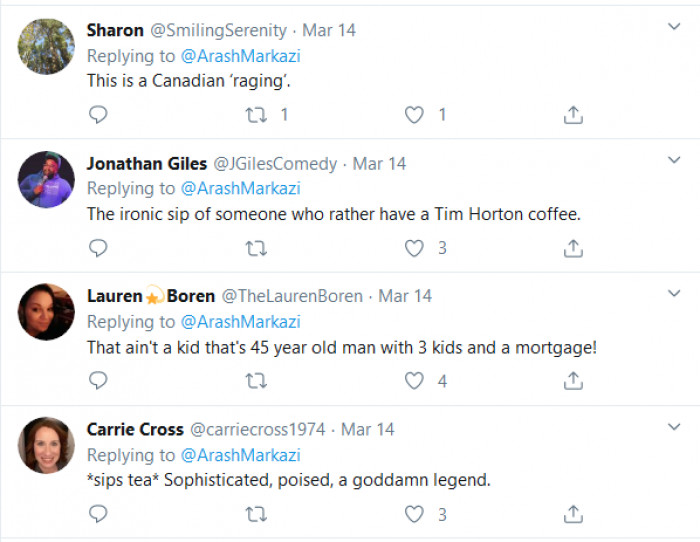 'To unleash the full power of the federal government' as the rapid number of confirmed Coronavirus cases rose in the U.S. from 2,499 to over 3,000 cases, and from 55 to 61 reported total deaths, thus far.

May God Be With Us All.

For accurate up to date information regarding the Coronavirus, be sure to click here.