Aircraft are dropping tons of sweet potatoes and carrots to hungry animals stuck in the Australian bushfires.

The New South Wales government called this campaign ‘Operation Rock Wallaby’, and its aim is not to let the populations of brush-tailed rock wallabies and marsupials starve to death since their sources of food are mostly gone in the fires.

So far, they have delivered more than 2,2 tons of fresh food for animals living below. 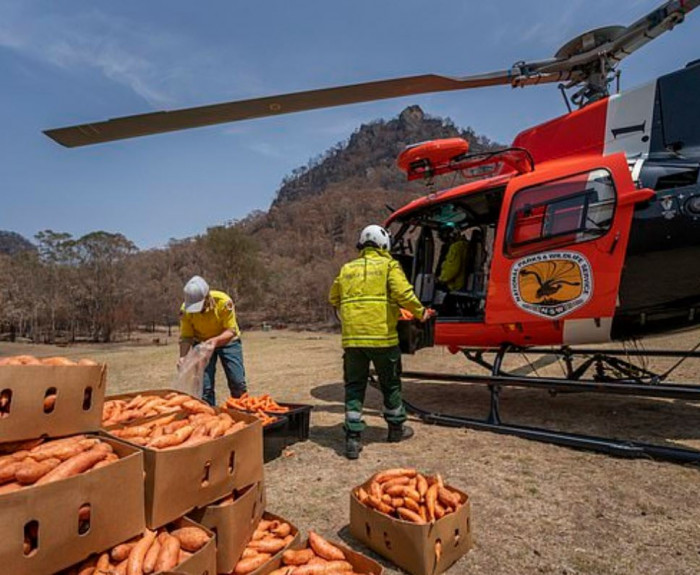 Matt Kean, environment minister for New South Wales, that animals managed to run away from the fires, but they also fled their natural habitats, and are left without food.

"The wallabies typically survive the fire itself but are then left stranded with limited natural food as the fire takes out the vegetation around their rocky habitat."

The wallabies were already endangered because of the drought, and this came as a heavy blow.

Kean also said that they will be closely observing the rock wallabies' check on their progress. 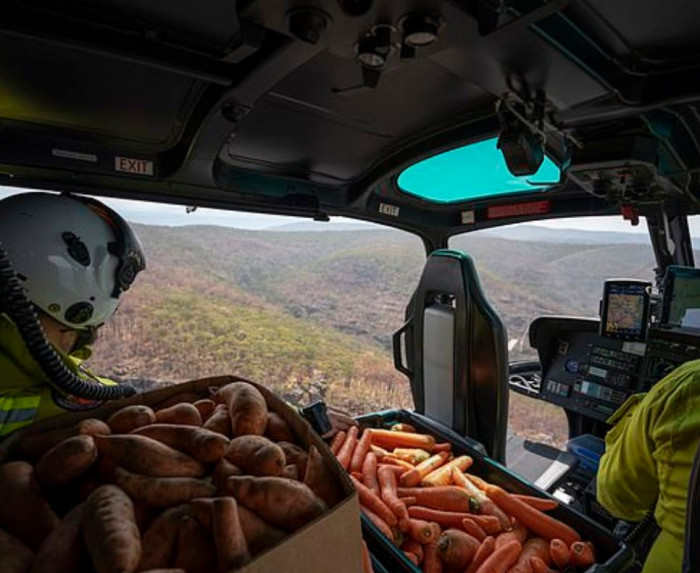 “When we can, we are also setting up cameras to monitor the uptake of the food and the number and variety of animals there.”

The encouraging initiative comes after the World Wildlife Fund stated that they estimate around 1.25 billion animals have perished, both directly and indirectly from the bushfires.

“This heart-breaking loss includes thousands of precious koalas on the mid-north coast of NSW, along with other iconic species such as kangaroos, wallabies, gliders, potoroos, cockatoos, and honeyeaters.”

The rock wallaby was already considered an endangered species before the bushfires because their natural habitats were systematically destroyed.

Meanwhile, Animals Australia has been working hard on air-transporting food supplies for animals in Victoria. 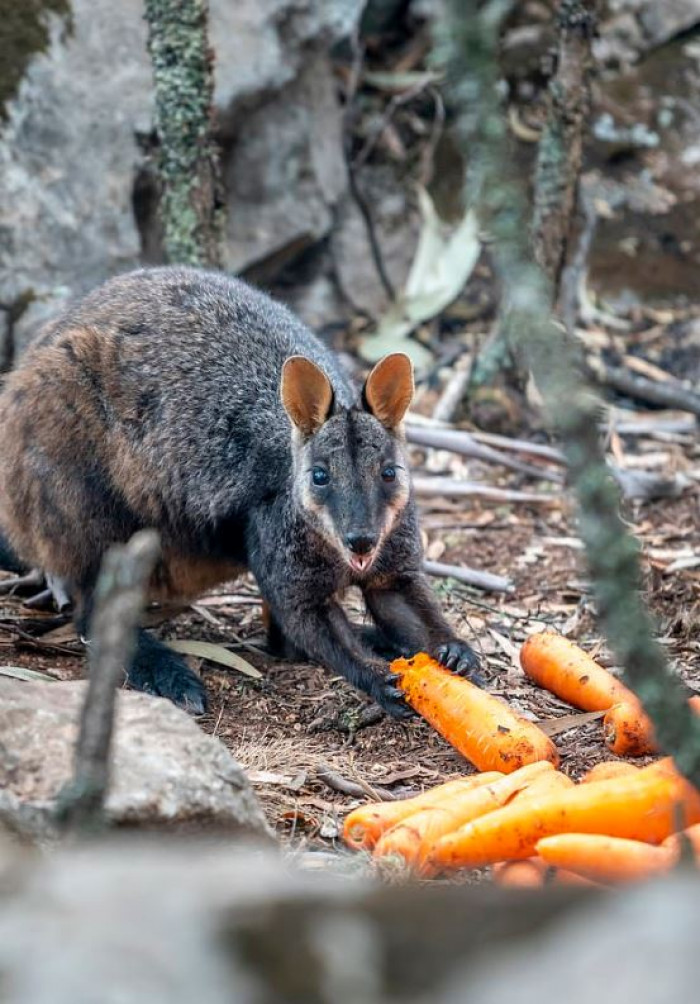 The organization has been using donations from the public to charter small planes, and fill them up with bags of grain and pellets to give out to the animals in the region through ‘Vets for Compassion’.

“With roads likely shut for weeks, the risk of starvation for surviving wildlife in the area is very real.

It would be tragic if there was a further loss of life because the needs of surviving animals was not being met.”

You can donate to Animals Australia here.