Seeing the true outcome of neglectful pet owners is never ever easy. In this case, a poor bunny was thrown out along side the road in a box, with his favorite teddy bear. Clutching to it for dear life, sad and afraid, a good Samaritan opened the box and found him. Immediately calling the RSPCA (England and Wales.)

As they made their announcement discussing the bunny's abandonment on Facebook, they stated that they, "deal with thousands of abandonments every year, and urge people to give up unwanted pets responsibly."

Excuse me while I go cry with my head in my hands and my knees to my chest.😩😭 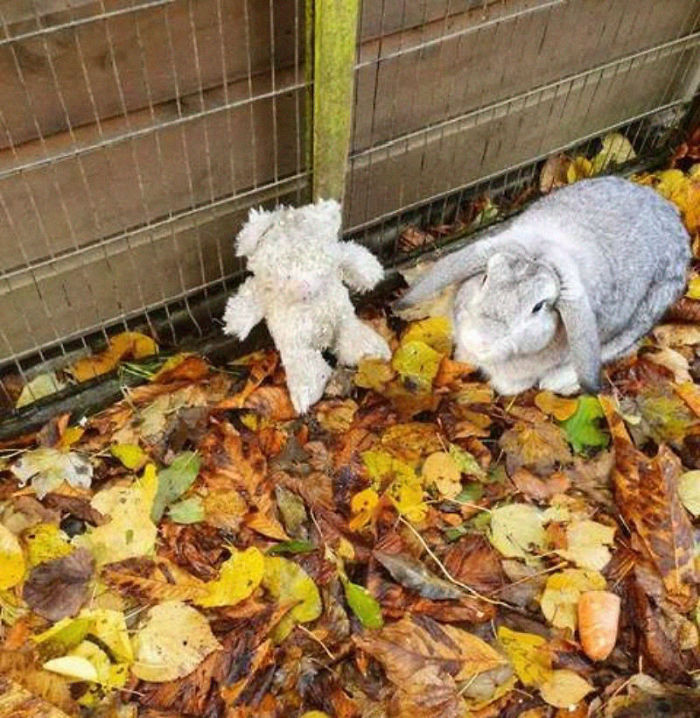 When asked about the abandonment situations the RSPCA replied,

"We rely on the public to be our eyes and ears and unfortunately, if there is no evidence available, we’re sometimes unable to get to the bottom of what has happened. We feel it’s important to highlight the stories of abandoned animals to raise awareness of the issue and make people think twice before dumping an animal.”

This sweet stone colored rabbit is now being cared for at an animal boarding facility in Kent until he finds his FURever home. After realizing the attachment the bunny has to the stuffed bear, it's a pretty safe ver that the toy bear was living with the bunny in it's previous home. The duo is tugging on so many heart strings!

"Take me with you, but he comes too." 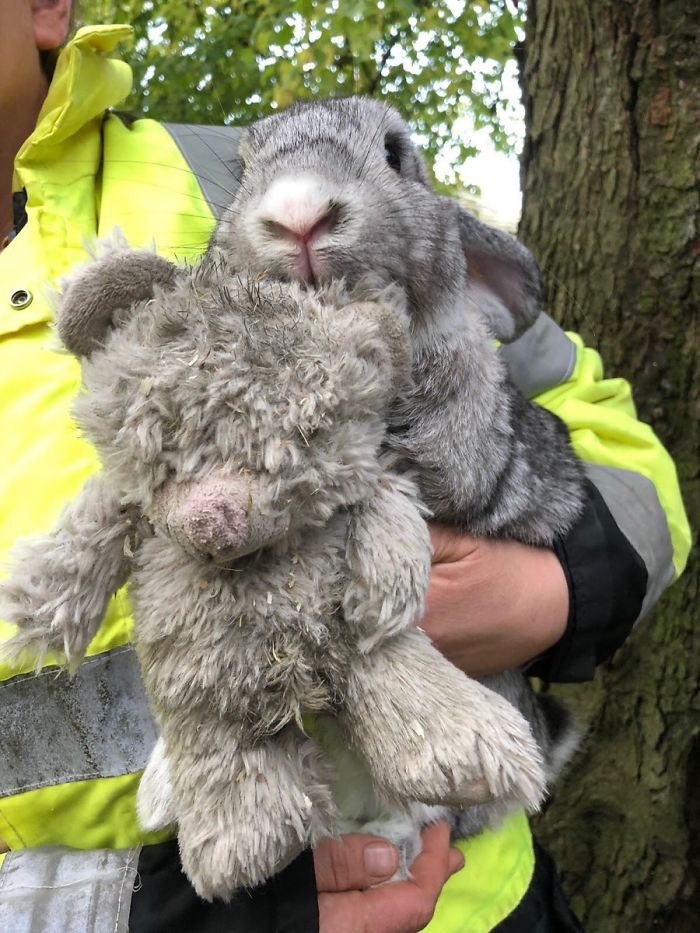 The precious bunny was given the name Nigel, and he is waiting for his happily ever after.

We have all heard of emotional support companions, right? Well sometimes our furry friends need their own. Nigel isnt the only animal, (or bunny) that benefits from a soft, plushy stuffy to cling to when he's feeling uneasy. Not long ago there was a squirrel named Jill that was rescued from Hurricane Jill, and she has a similar attachment to her teddy bear.

I just wanna scoop him up and smother him with love 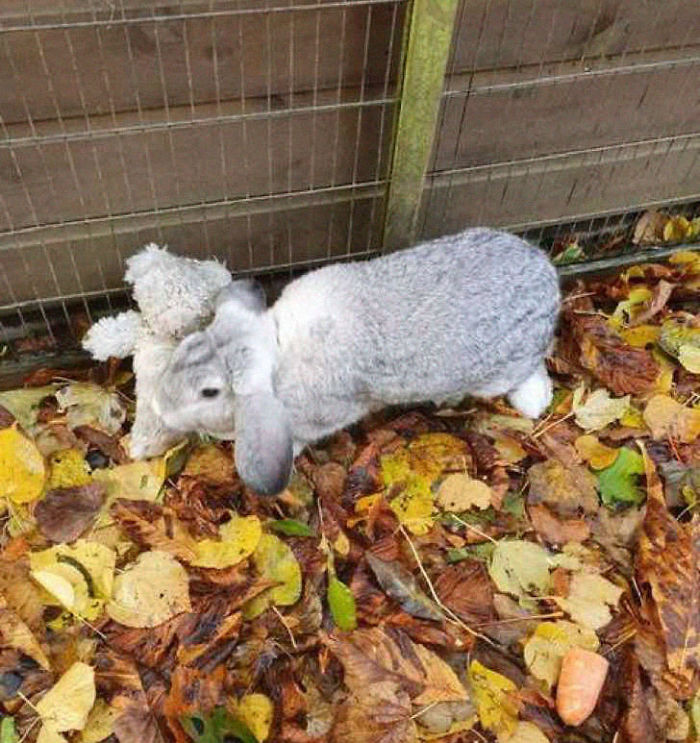 Thankfully the bunny was rescued. 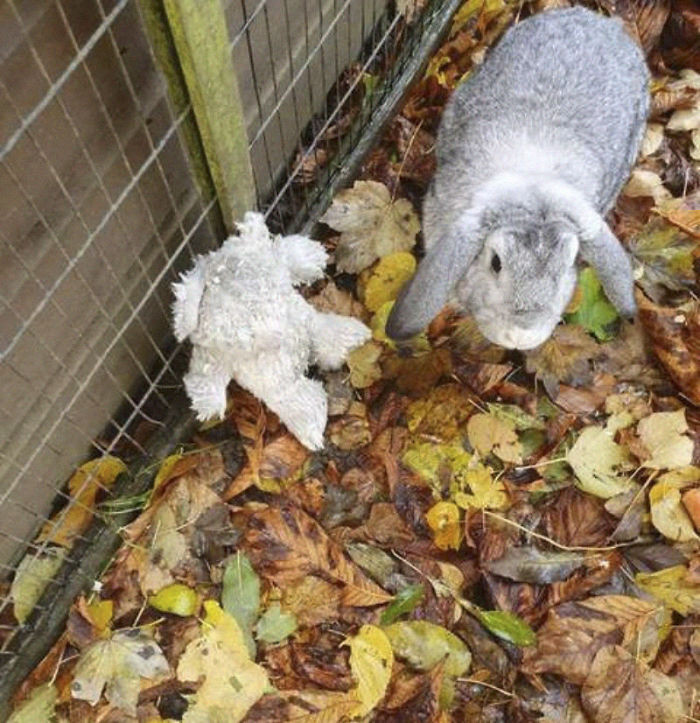 I hope a kind hearted soul comes and takes him home soon!

I'll never know the answer to this 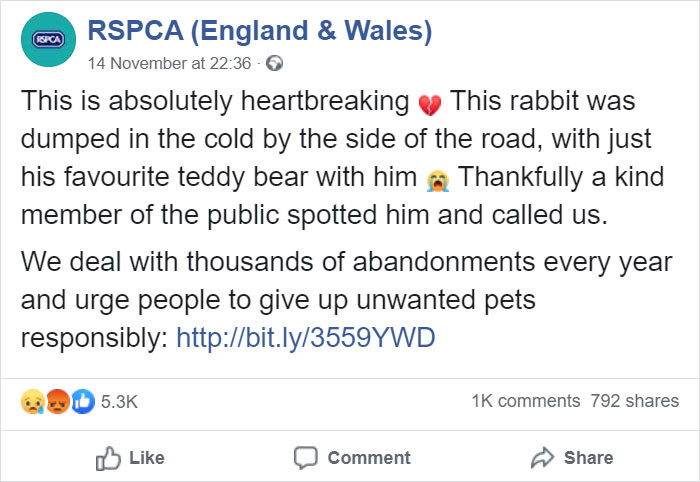 The bunny and it's teddy bear was found here. 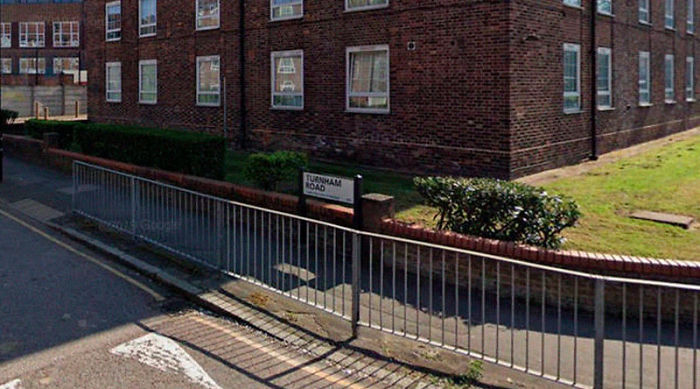 Nigel is in excellent health, and has no injuries- Besides his broken heart.

Unfortunately, in 2018, there were 1,693 reports of abandonments across all of England and Wales.

How could anyone leave such an innocent soul?

If you're curious about learning more about the RSPCA (England and Wales) click on the website here.

And for all that's holy in the world. Please don't hurt animals just because you can. Do the right thing, find them a loving home. And if that isn't possible, surrendering your animal to a rescue is always a possibility.