Woman Asks Internet If She Should Go Through With Pregnancy To Married Boss, Even Though He Doesn't Want Her To Keep The Baby

Right now it seems like the age-old story; if an affair happens, the woman is the sl*t and the man is the casanova, or he 'should just stay a bachelor' or he's 'a ladies man'.

It happened back when Prince Charles cheated on Lady Diana with Camilla Parker Bowles (who still experiences a huge amount of slap-back online, while Charles gets off pretty easy).

It happened when Angelina Jolie 'stole' Bratt Pitt away from Jennifer Aniston - Nobody called Bratt Pitt a home-wrecker.

It just seems to be the way it goes, which is why I found the story below so surprising.

Recently, a user wrote in asking if she was the asshole for wanting to keep the baby she had conceived after an affair with her married boss.

Surprisingly, there was actually some healthy support for the woman which was heartwarming given the cmimate we live in where women are so often sl*t-shamed for having a healthy sex-life and sense of self worth.

Check it out below!

This is what the user (u/feelingunwelcomed), 35, emotionally wrote on the Reddit forum.

She highlighted she'd previously been told she couldn't have children. 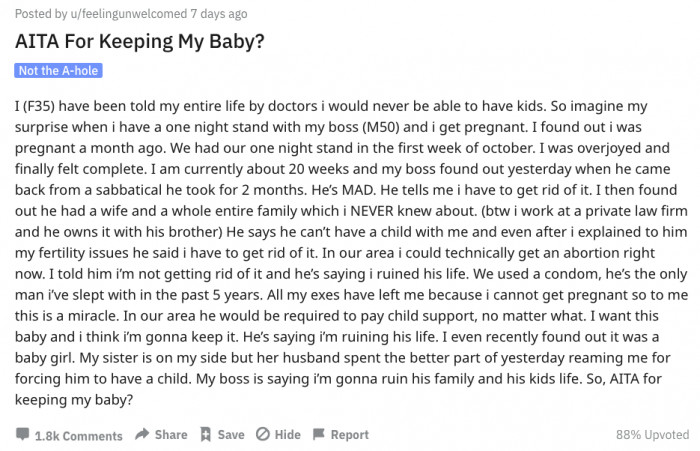 The internet responded and was surprisingly supportive in telling her she wasn't the asshole. 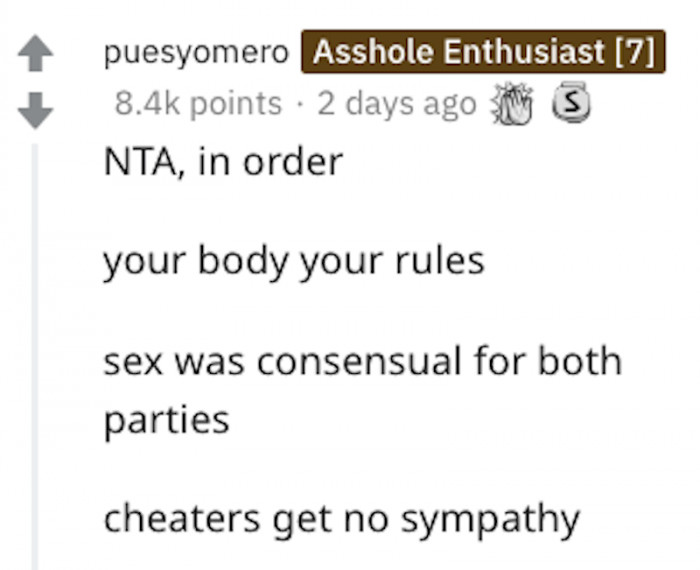 He ruined his own life by cheating! 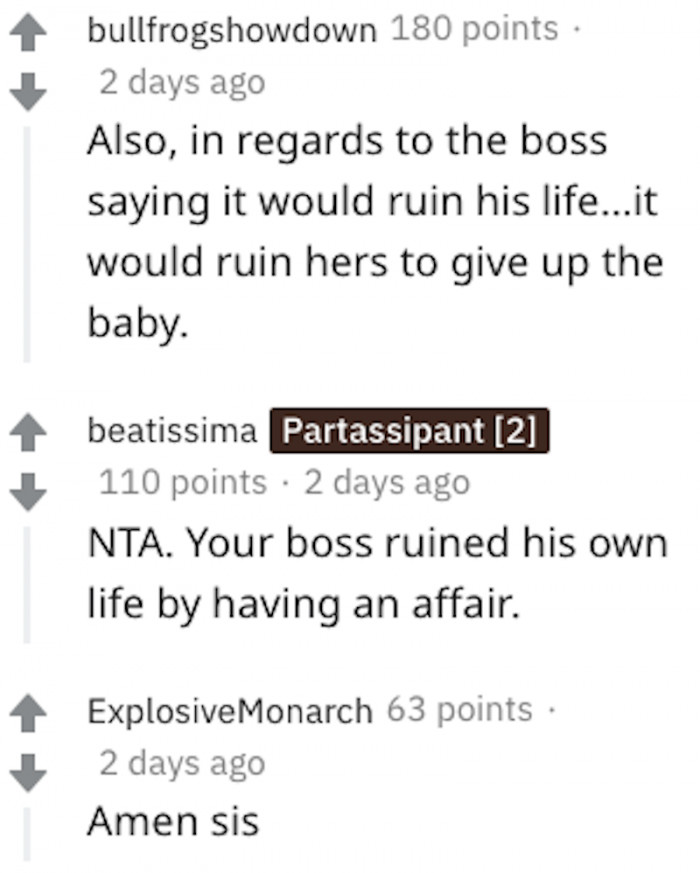 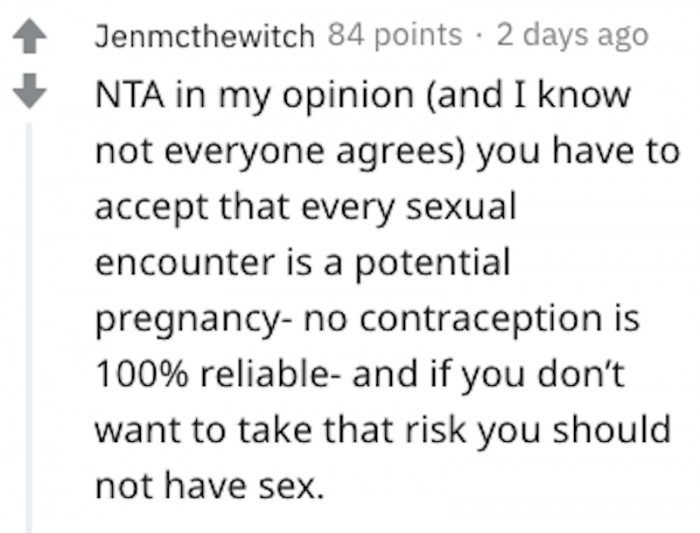 Find a new job and tell your brother-in-law to butt out! Sound advice! 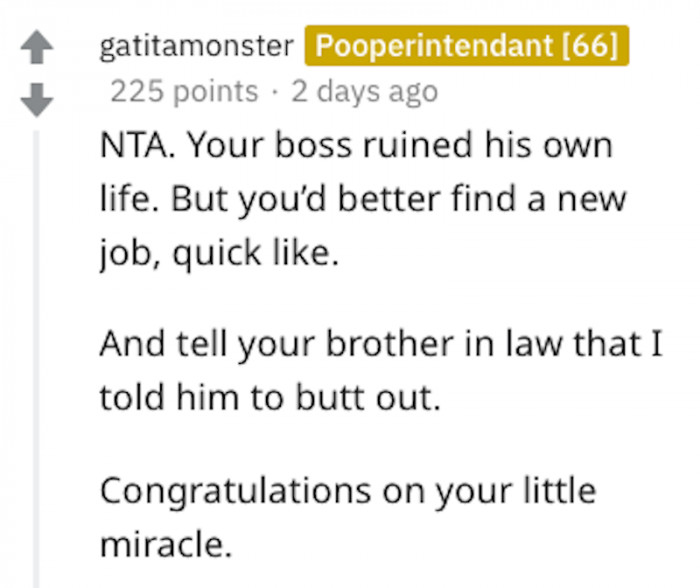