Ricky Gervais is on a roll. He's a comedian, actor, writer, film producer, director and musician, not unknown for his advocacy efforts, but definitely well-known for his crisp sense of humor. The British comedian recently had the pleasure of hosting the prestigious award show: The Golden Globes. The award show has been running for 75 years now but they have never had a monologue quite like the one they got this year from Gervais.

This year, Gervais blurred the lines between comedy and harsh reality and took jabs at the very people he was there to entertain. The industry has been under intense scrutiny and Gervais was ready and willing to highlight it with a bang.

After revealing that this would be his last time hosting the awards ceremony, he emphasized that he no longer cared... but he didn't think the show organizers did anymore either. 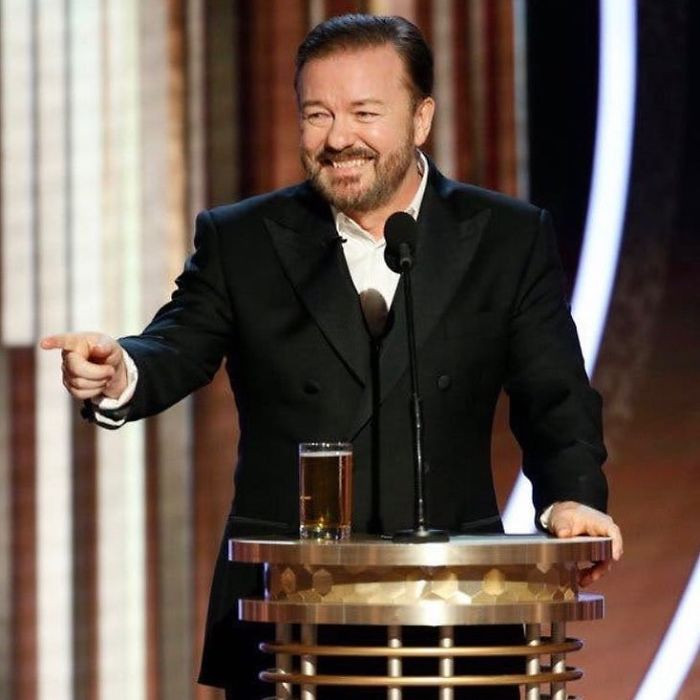 What followed next was a jaw-dropping critical, 8-minute long monologue. Gervais highlighted the Epstein scandal, issues of racism, and closed off with a condescending "you better not" sort of jab at all the "woke" celebrities who would use this opportunity as a political platform when their efforts were no less a performance than what they do on the silver screen. Wow!

Not everyone responded with grace, which is not surprising considering the heavy-duty call-outs Gervais dished out.

Criticism of his choices came in full force. 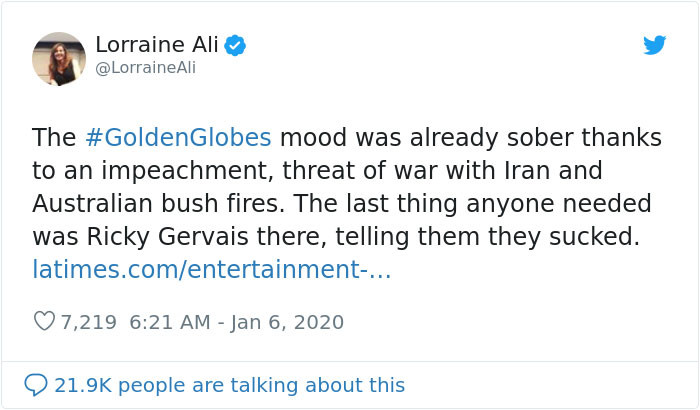 Including asserting he was a bully.

But far from everyone was upset. 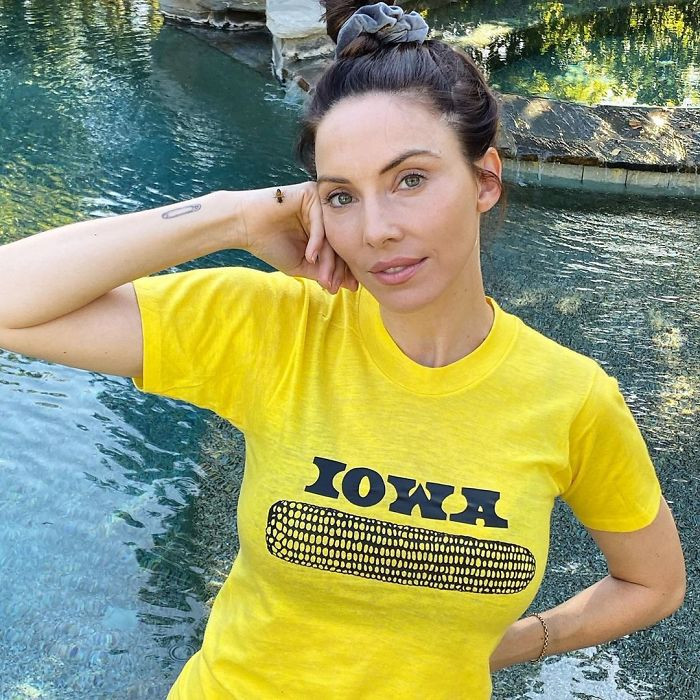 She came out in full force of support.

And slammed those who would criticize him.

And topped it off with a reminder that Gervais has done more good for the world than everyone vehemently complaining about his monologue. She's not wrong.

And who wouldn't also amaze at this hypocrisy?

However, the truth is that a lot of people have been non-stop applauding the comedian.

Gervais has become a bit of a surprising hero among the right side of the political pendulum (although, I'm sure when they realize how incredibly liberal he is, that won't last long.) 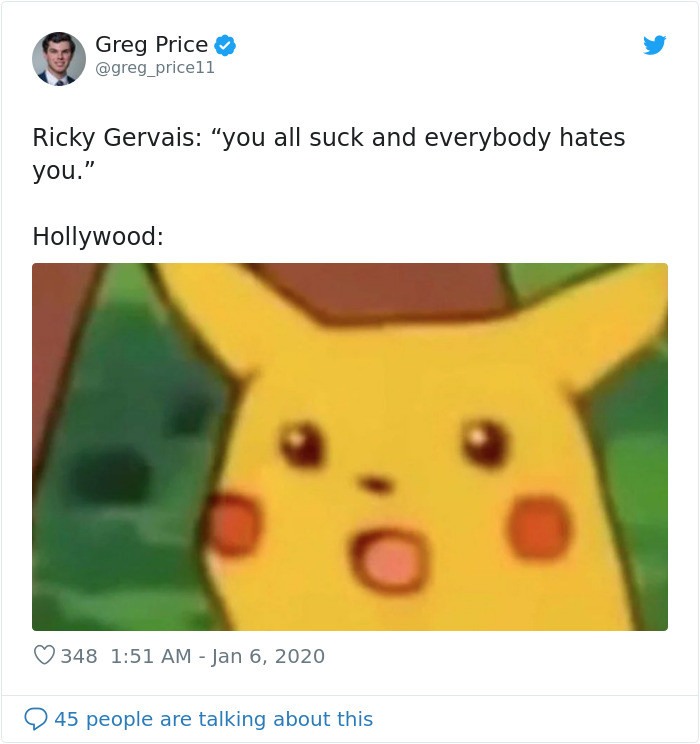 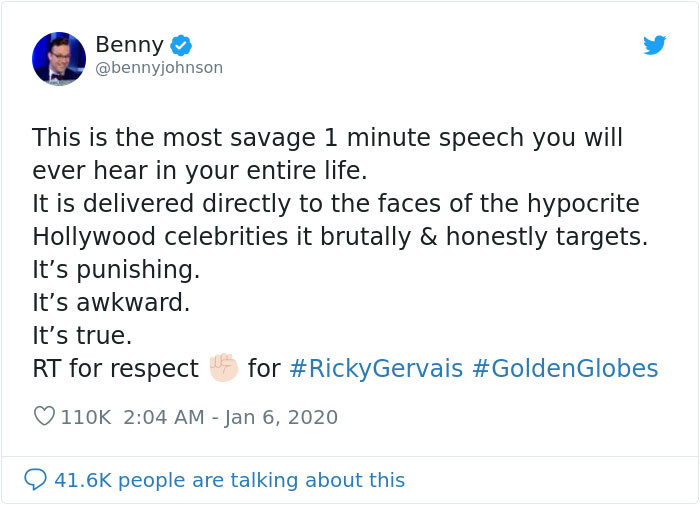 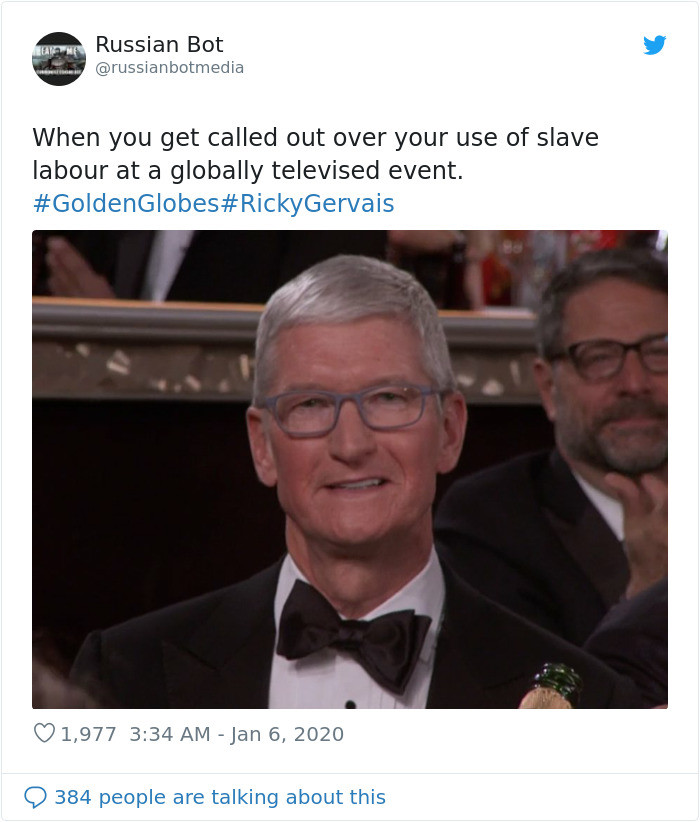 Sound the alarms, "criminal" at large. 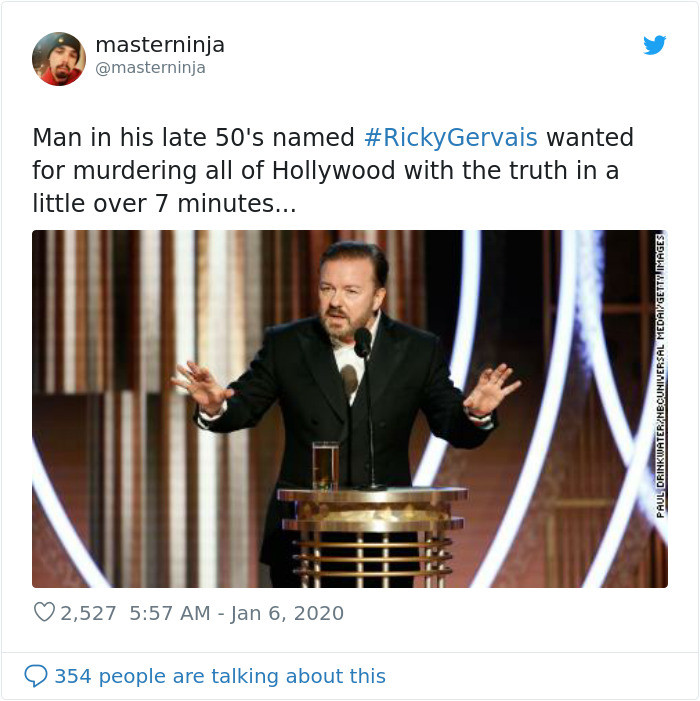 Somebody clone this man, STAT 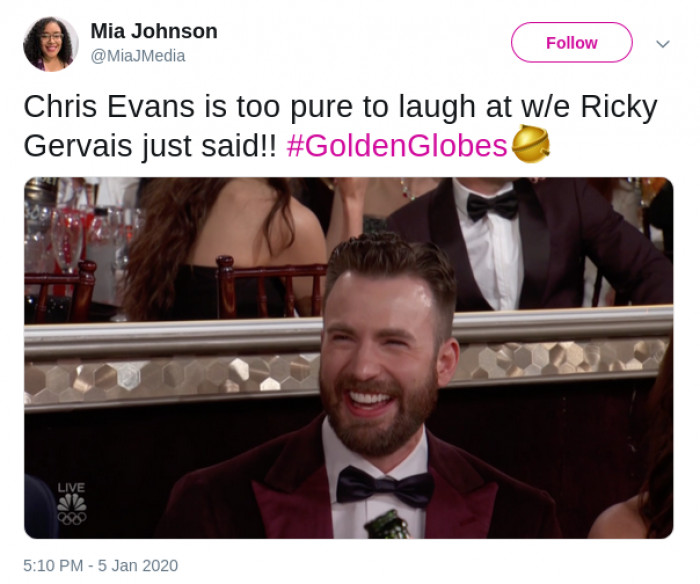 I see no lies here. 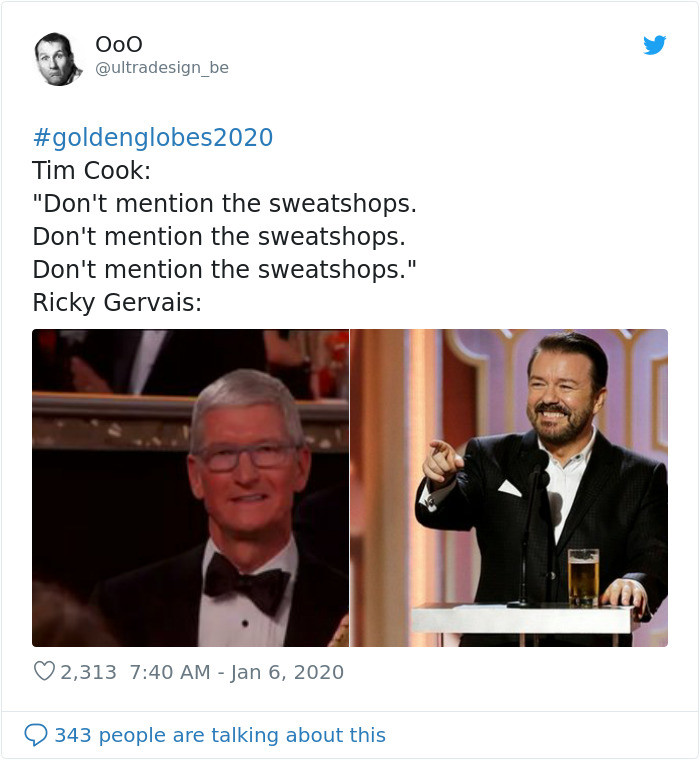 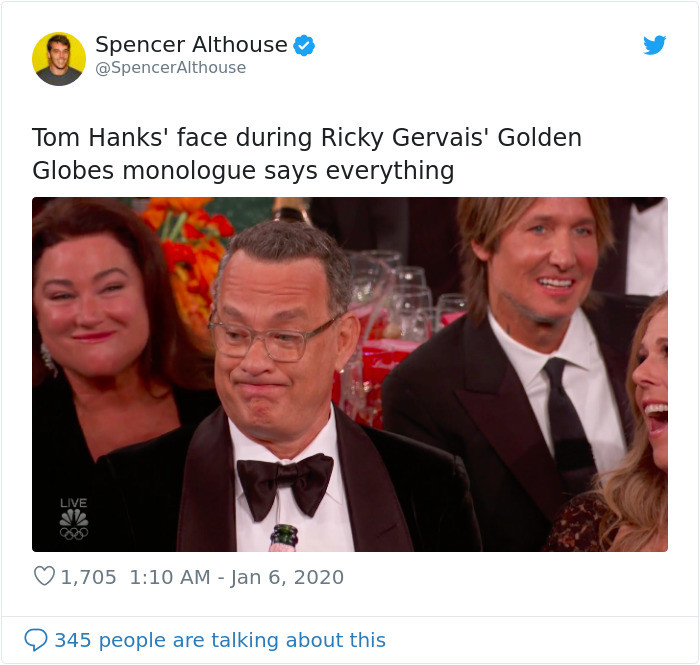 Uh, louder for the people in the back? Yep. 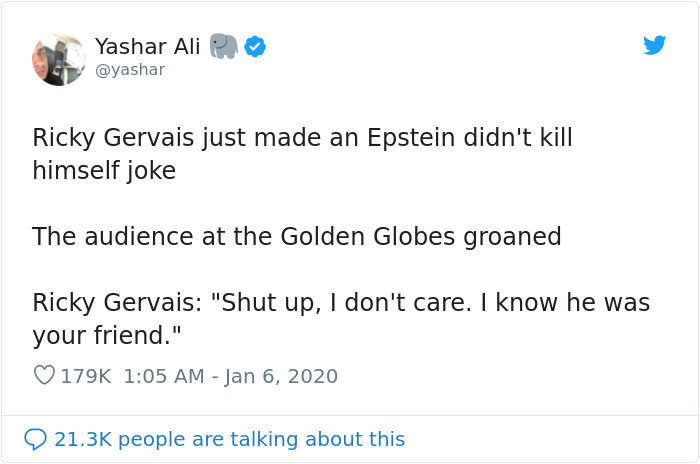 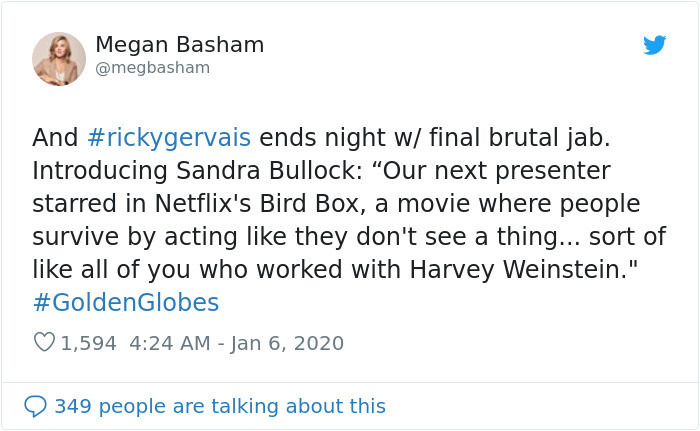 Honestly, it's a good thing. 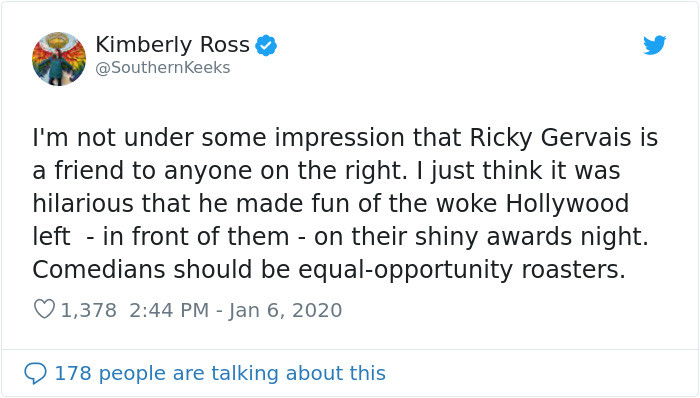 You know what? He's right. The reactions are pretty revealing. 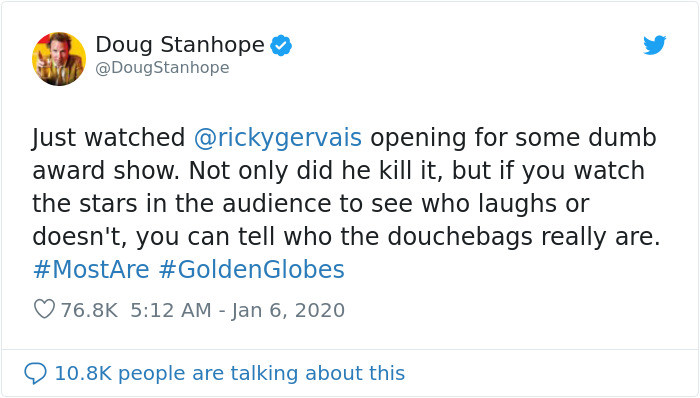 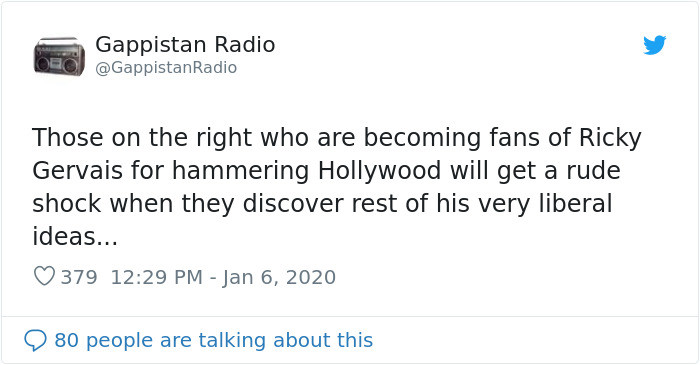 Gervais, for what it's worth, is definitely aware of the criticism and praise.

He's certainly not being quiet about the backlash and applause. 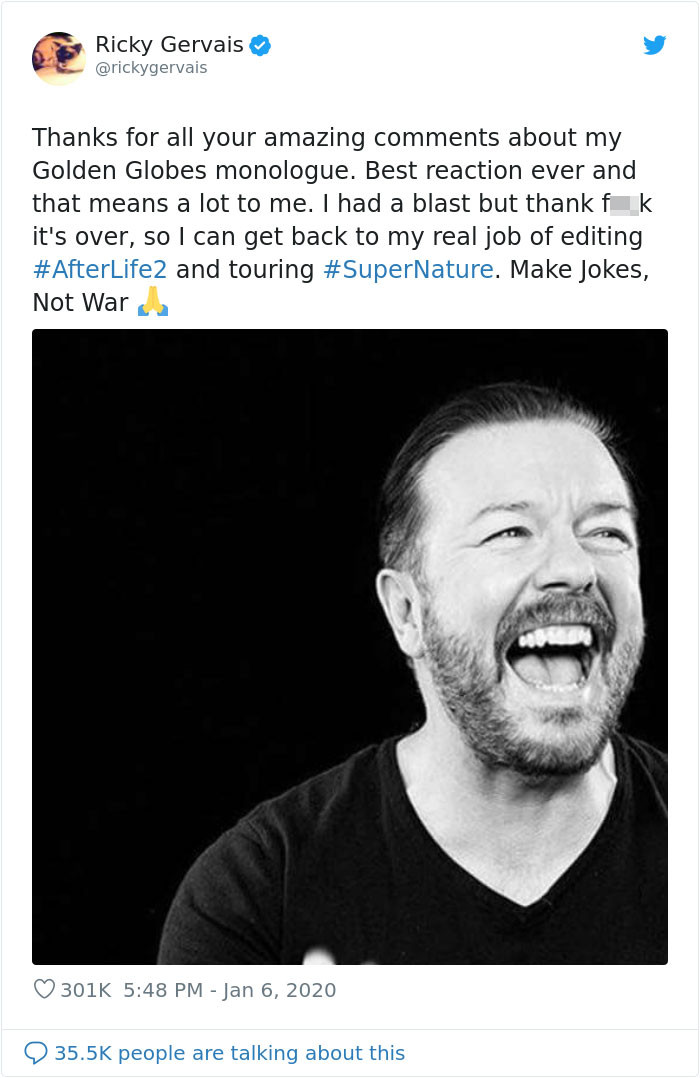 Trust me folks, criticizing hypocrisy is not a right-wing thing, but it's cute some of you think so. Keep it up, Gervais.

Nobody is perfect, but we could use some more of the truth bombs that Ricky Gervais has to offer.

What did you think of his monologue? Let us know in the comments now!