If you follow vaccine news and controversy than you've probably heard of Samoa recently. Samoa lies south of the equator, about halfway between Hawaii and New Zealand, in the Polynesian region of the Pacific Ocean. It's been gaining quite a bit of chatter in the great "vaccine debate" because there is a devastating measles outbreak in Samoa right now. For a country with 200,000 residents, an outbreak of almost 5,000 is enormous. The outbreak, which began in October of 2019, tallied up 71 deaths, causing the government to institute compulsory vaccinations. That means the vaccination was legally mandated, something that utterly infuriated anti-vaccine proponents globally.

However, one of the loudest oppositions came from within Samoa itself: Taylor Winterstein, a wife of a well-known Samoan rugby player. Winterstein boldly compared the Samoan government's vaccine policy to Nazi Germany.

According to The World Health Organisation, Somoa’s total population’s immunity has been estimated to be 30-40%. The measles is not very common in places like the United States because of high vaccination rates and hygiene.

In 2018, Samoa saw a sharp decline in vaccination rates after two nurses accidentally administered muscle relaxant with the vaccine and two infants died. 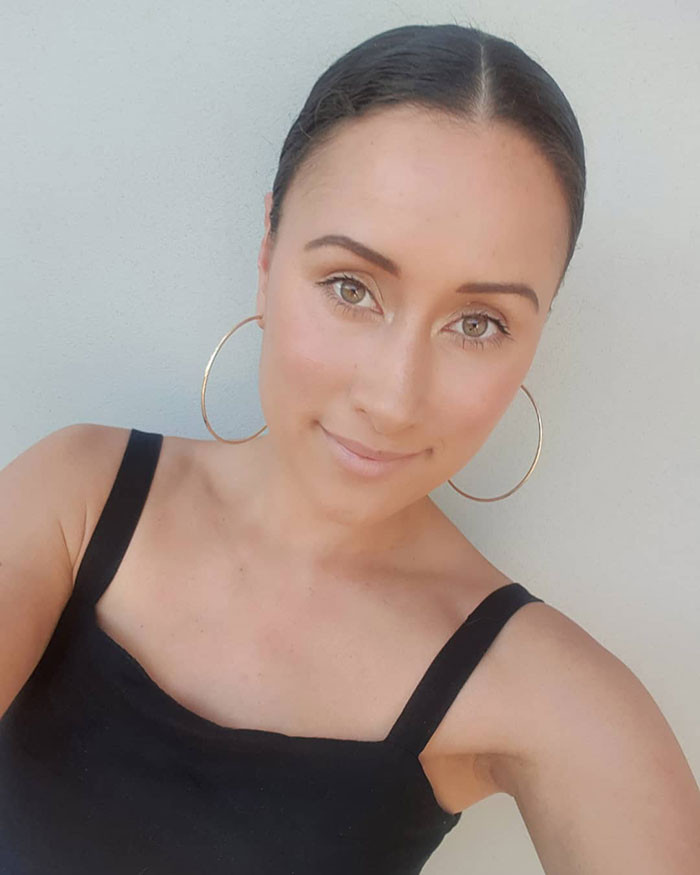 The devastating incident fuelled vaccine fear among the residents. 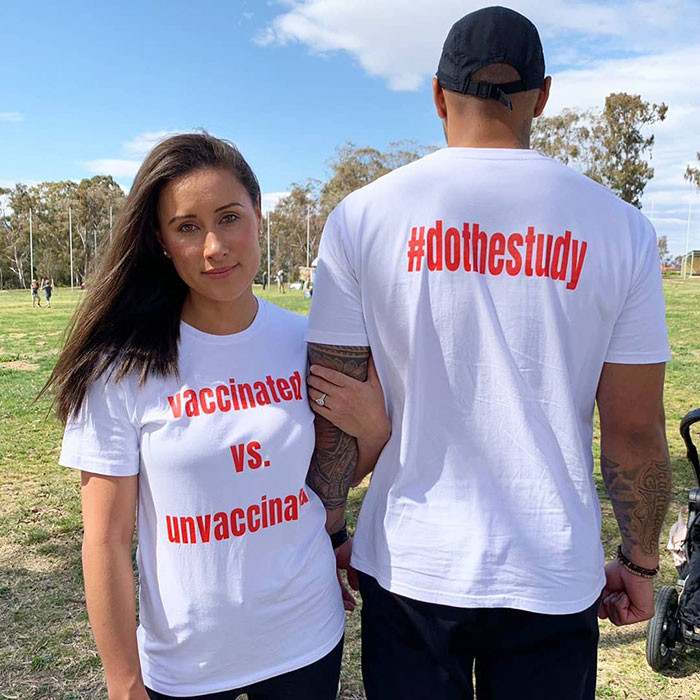 After the first death in Samoa in October of 2019, the government declared a state of emergency and legally mandated the vaccine for it's residents. In response, Taylor Winterstein and her sister began organizing workshops to educate people on the dangers of vaccines. 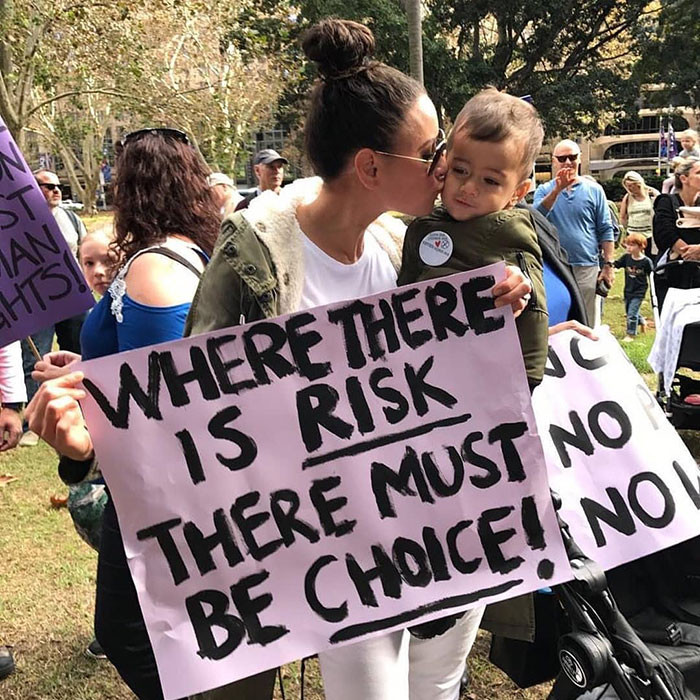 Winterstein charges between $200 and $2000 per ticket to her classes, where she and her sister attempt to teach people in order to help them make "informed choices." 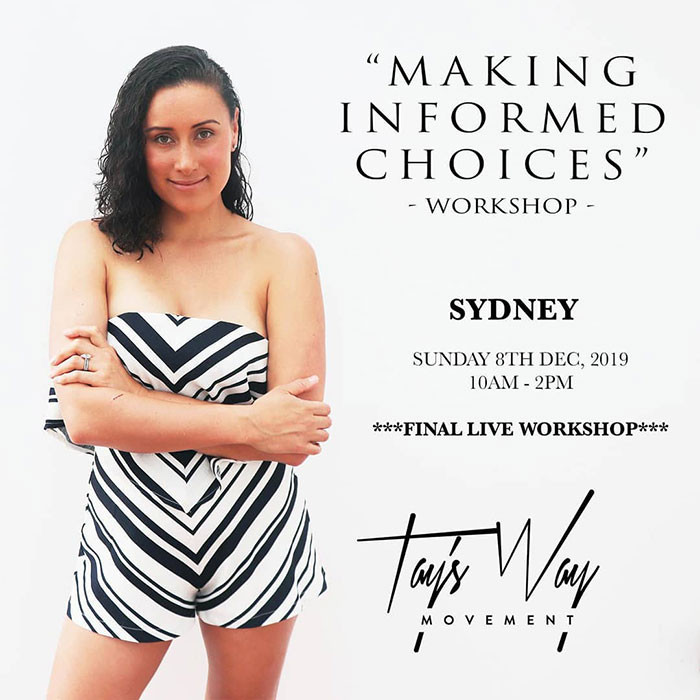 Winterstein has taken a bold move, and decded to publicly compare the Samoa Government's vaccine policy to Nazi Germany.

“Remember when I said Samoa was TURNING into Nazi Germany?!” she wrote. “If you want to be injected with vaccines, GO AHEAD, inject away but UNDERSTAND there are DISTRESSED PARENTS in Samoa who DO NOT want their children injected with this toxic MMR vaccine and are LITERALLY HIDING in their homes to avoid Govt authorities who are forcing a one-size-fits-all medical procedure…hmmm Sound familiar??” she added. 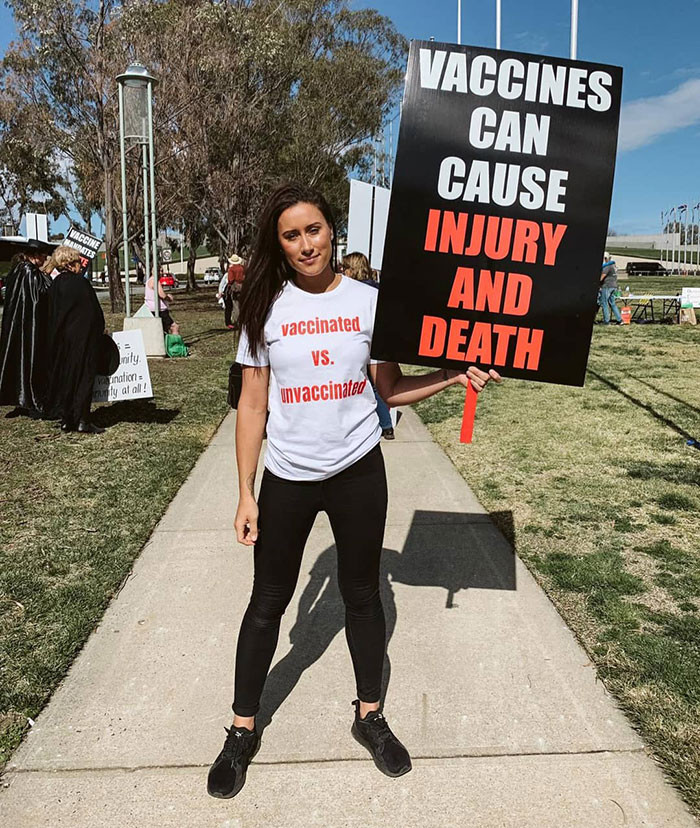 Not only that, but she has an explanation of her own about how the outbreak occurred in the first place:

The responsibility lies with the Samoan Government and the Ministry of Health who must be held accountable. 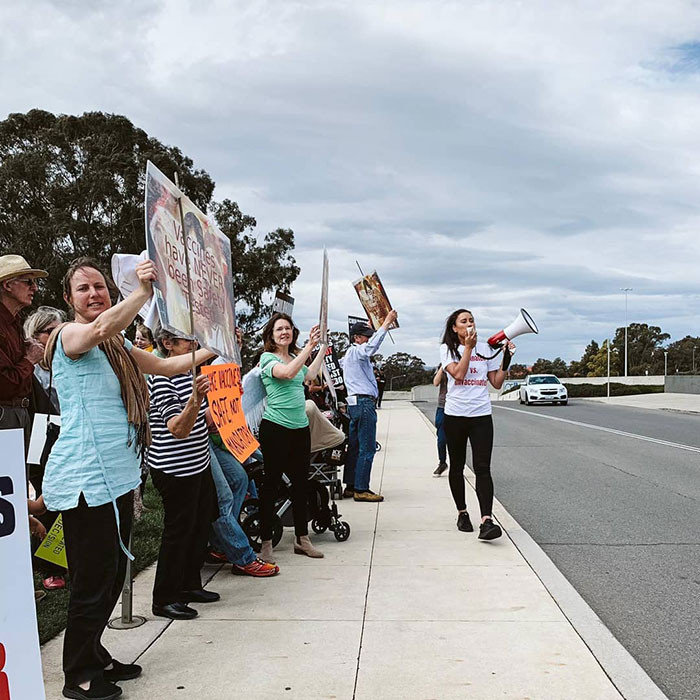 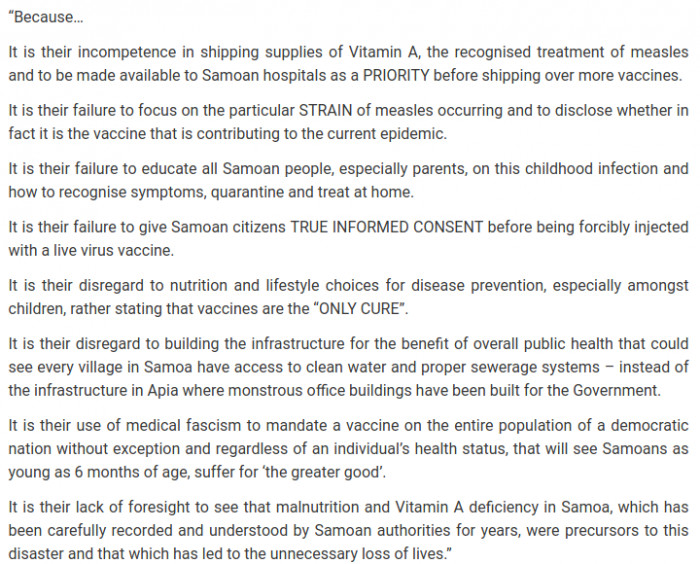 Unsurpsingly, she doesn't have a ton of fans on imgur.

Can do's and Can do not's

Will it get better? Probably not.

Trace the money? Got it.

A new island is required.

You believe it? I got your back. For the right price.

Allie Duzett, whose grandfather founded the first English speaking LDS congregation in Apia, Western Samoa, in 1956 also made a very large and long post about the Samoa Measles outbreak where she says that the government is going door to door, forcing citizens to be vaccinated, effectively "giving the measles to them to prevent the measles."

Let us know in the comments your thoughts on vaccinations and Winterstein's theory.