Delfina Plaja and her husband, Olivier Tops, from Italy, welcomed a new puppy into their family last year.

Delfina decided to spend as much time possible outside with her dog so it would be easier to potty train him.

During one such walk with Taco, one tabby kitten caught her eye. It was under a car just close to her building. One eye-lock with Taco was enough for the kitty to slowly get out from under the car and walk up to the dog.

Even though the cat was shy around people, it walked straight up to the puppy and simply wanted to play. He immediately started to rub his face on the dog’s face and wrapped his tail around. 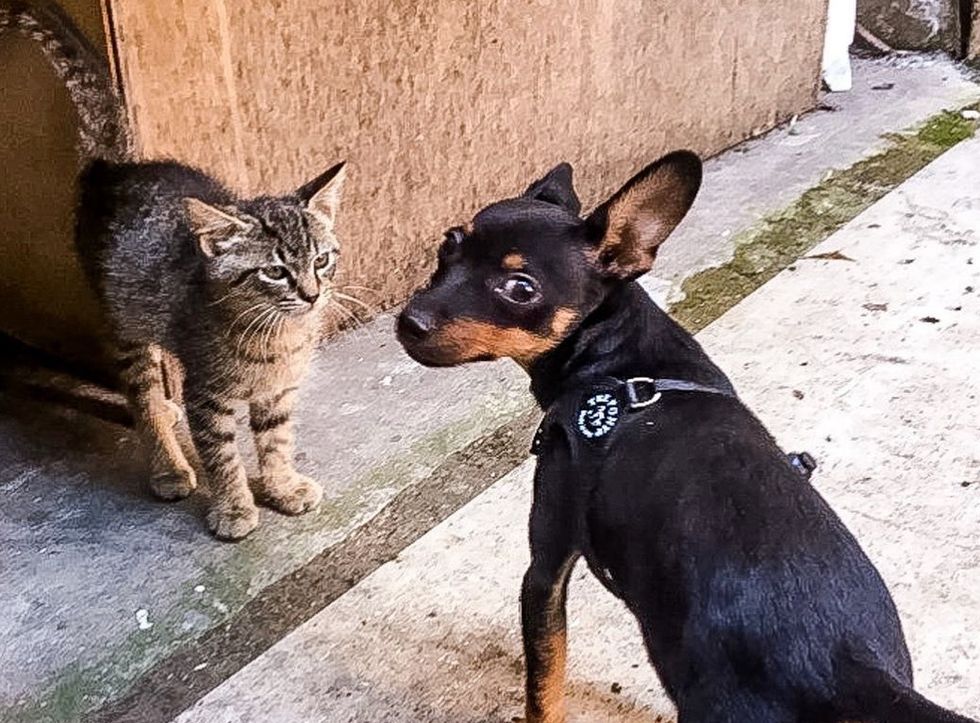 Delfina asked around and discovered that the little cat is living all alone in an open garage and that one of her neighbors was feeding him.

"No one had any idea where he had come from or why he was alone without a mother or siblings." 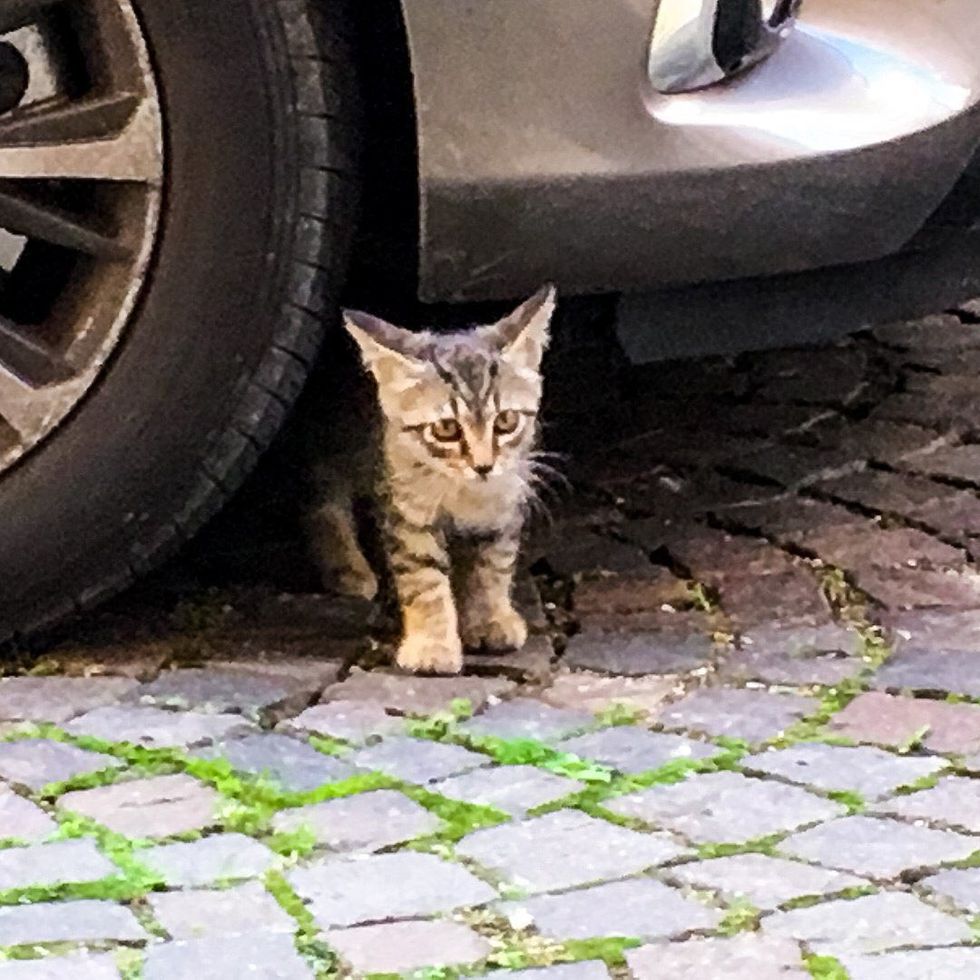 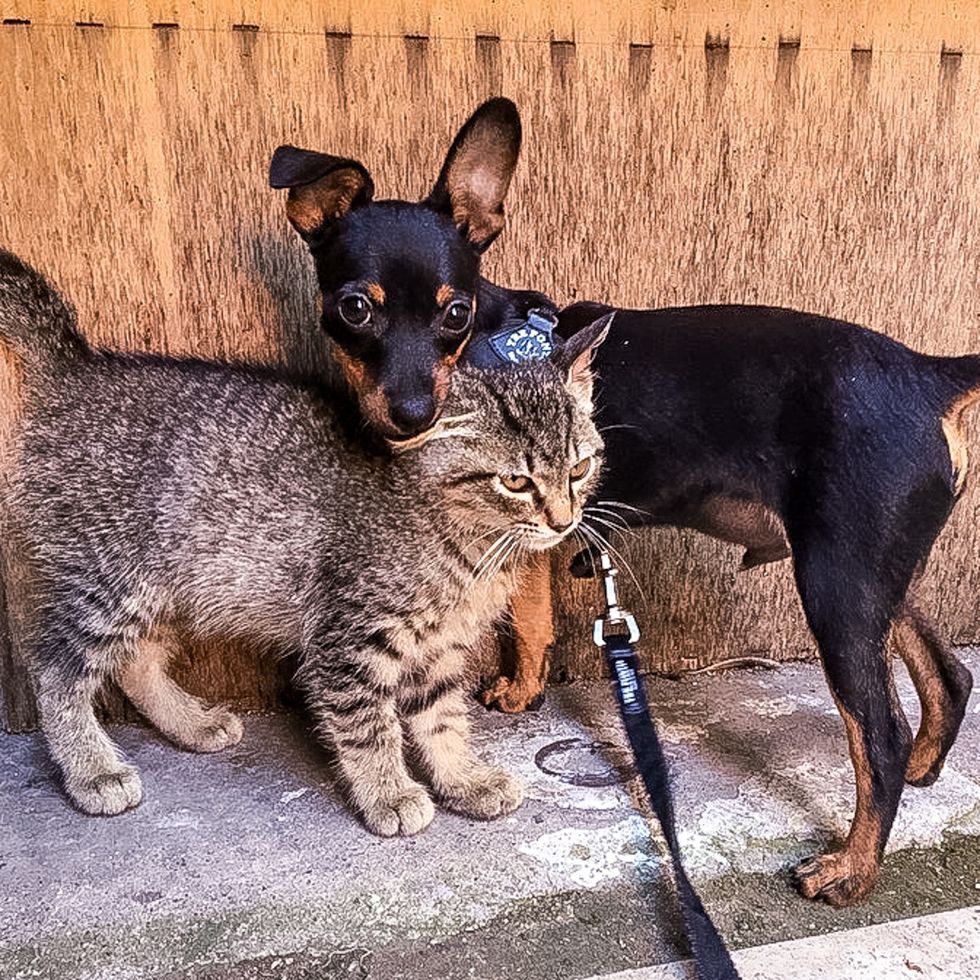 She hoped to gain his trust, so she brought the kitten food and treats. Soon, whenever she and Taco went out, the cat was there, just waiting to play with the dog. In fact, it would show up in front of their building waiting for them.

"He was there every time we went out, and Taco would whine by the door, wanting to go out and play with his friend," Delfina told Love Meow. 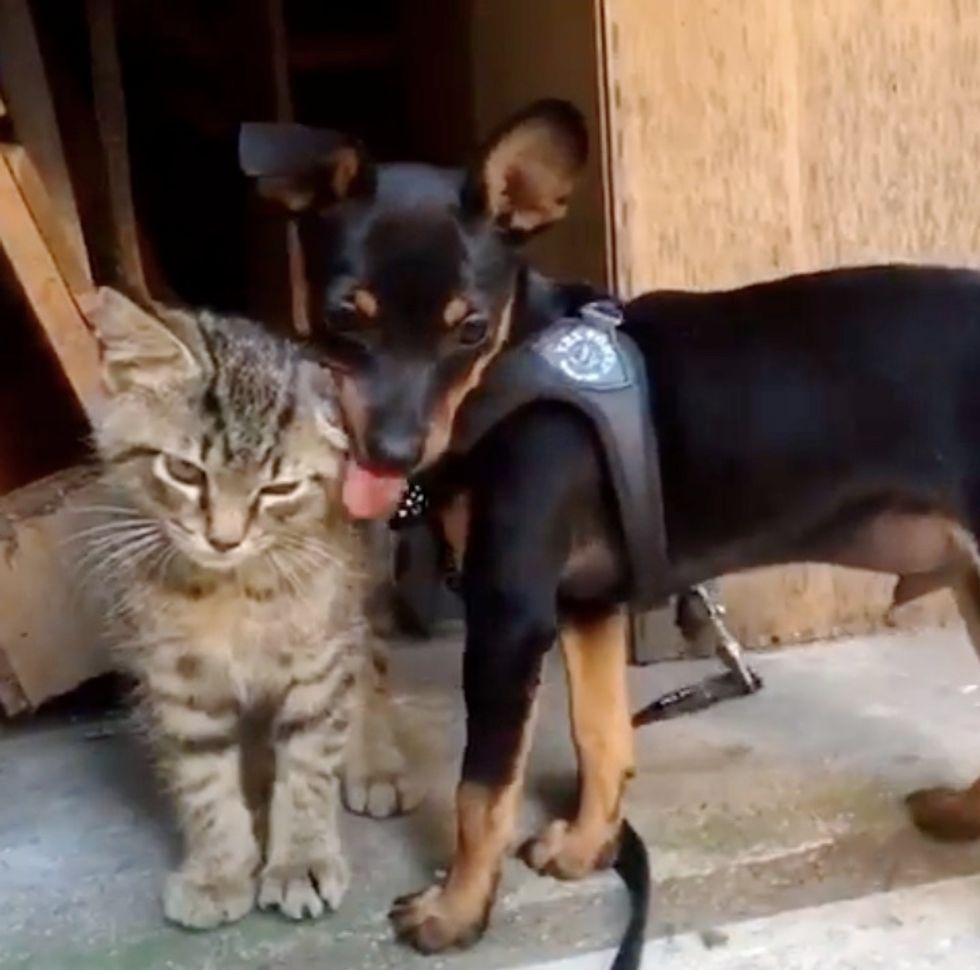 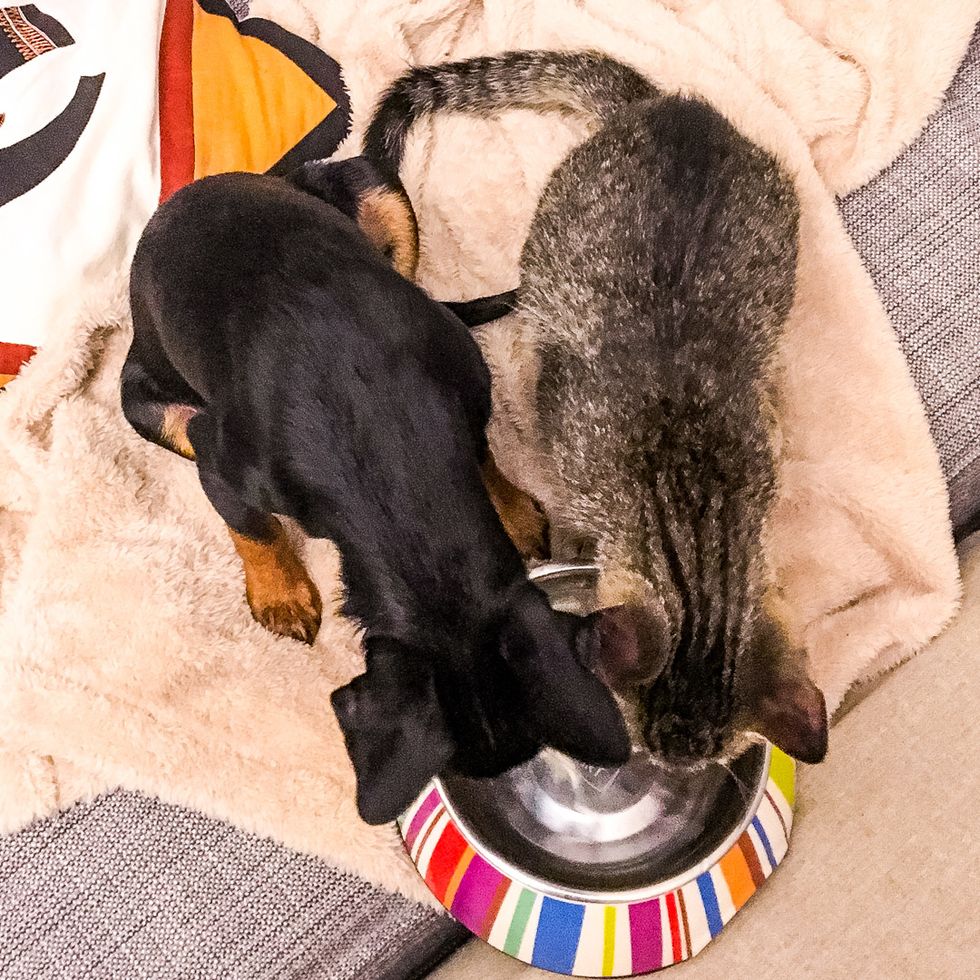 One time, after a rainy day, a kitten showed up soaked. It was clear he needed a safe home. Delfina and her husband knew it that it is up to them to provide it.

The tabby was first scared, trying to find places to hide. But when he realized that Taco is thee whenever he needs him, he calmed down and even started to purr.

"As soon as we saw them cuddling together to sleep, there was no way we could separate them. We officially adopted the kitten and named him Tequila." 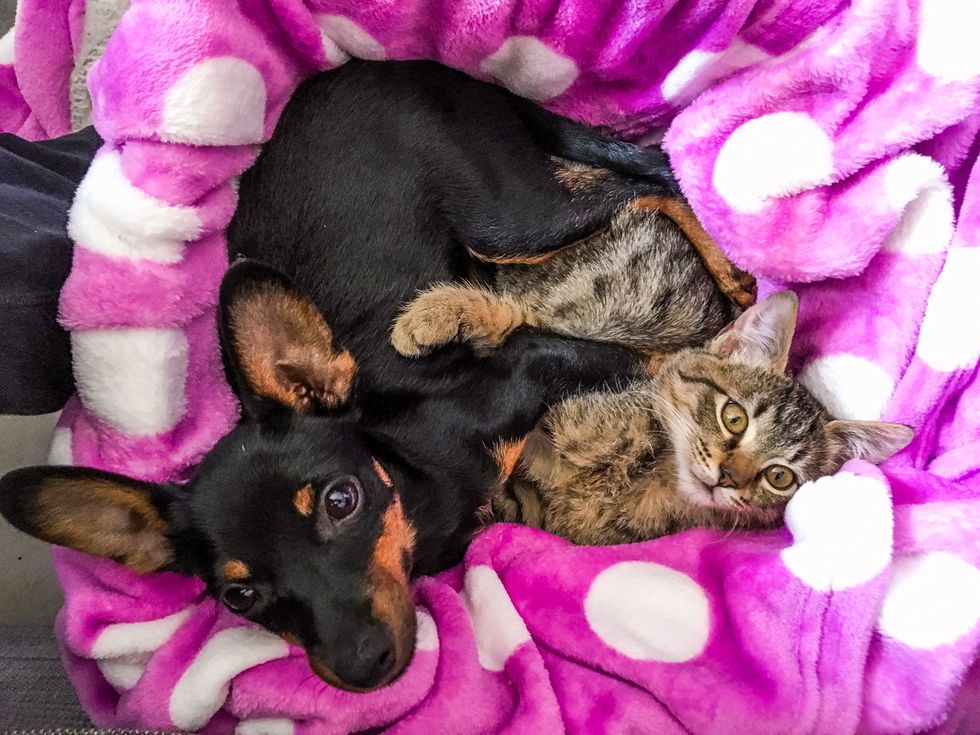 These two best friends grew up together and now Tequila follows Taco everywhere he goes and doesn’t let him out of his sight.

"They cuddle and play just like two brothers would, running after each other, rolling around and generally creating mayhem around the house," Delfina told Love Meow. 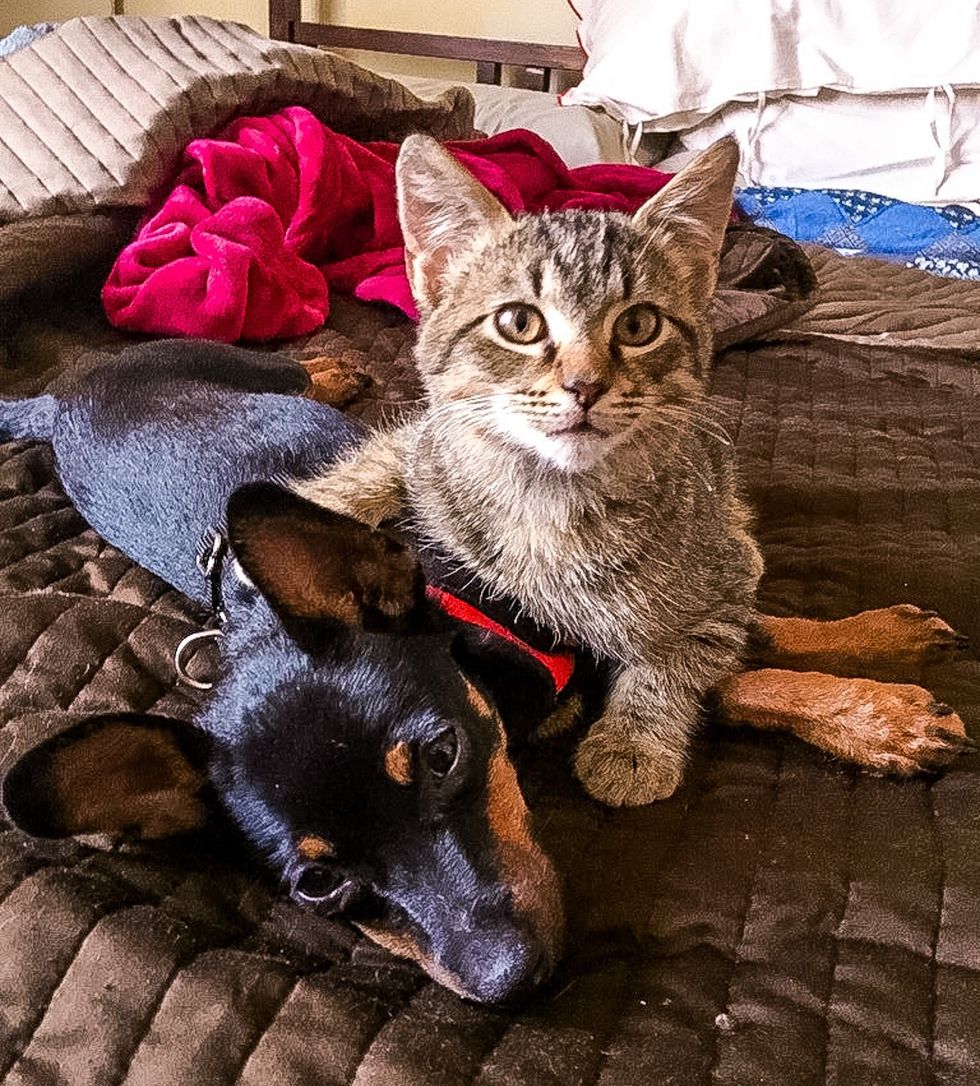 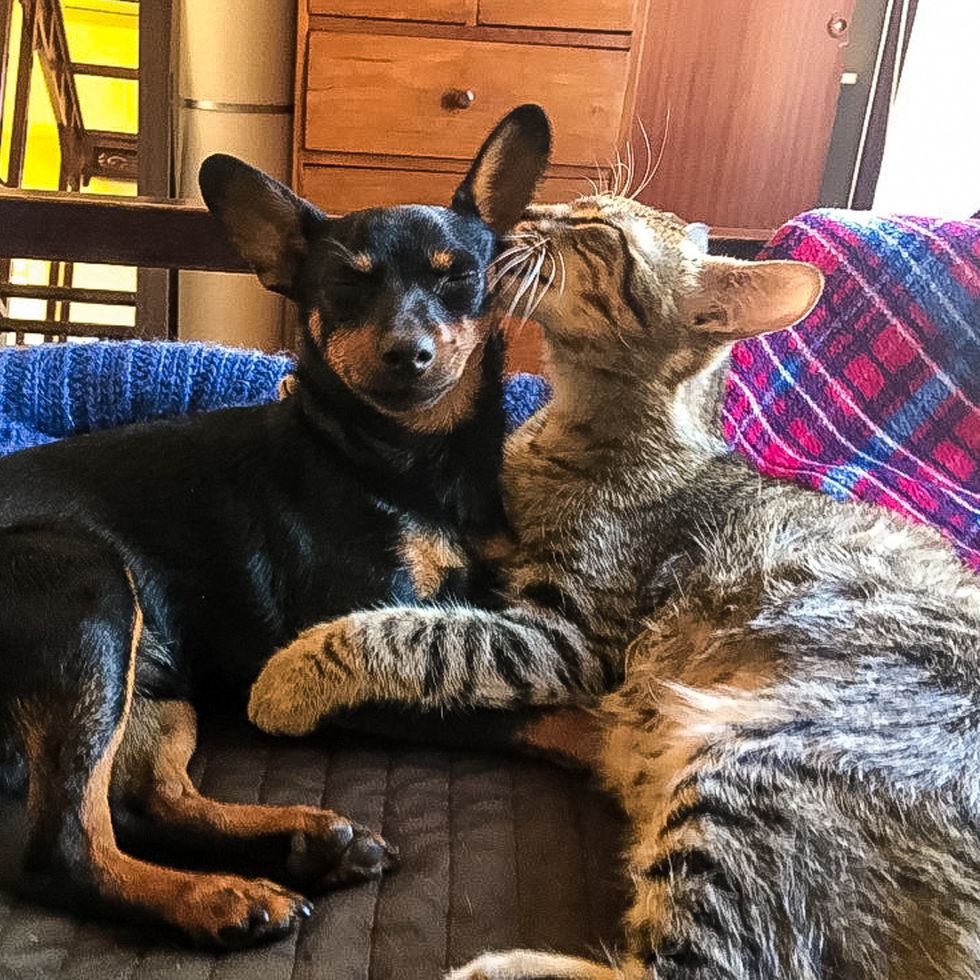 This couple didn’t have plans to take on another pet, but when this kitten showed up, it was like destiny, and now he and the dog are like brothers. It is once in a lifetime experience. 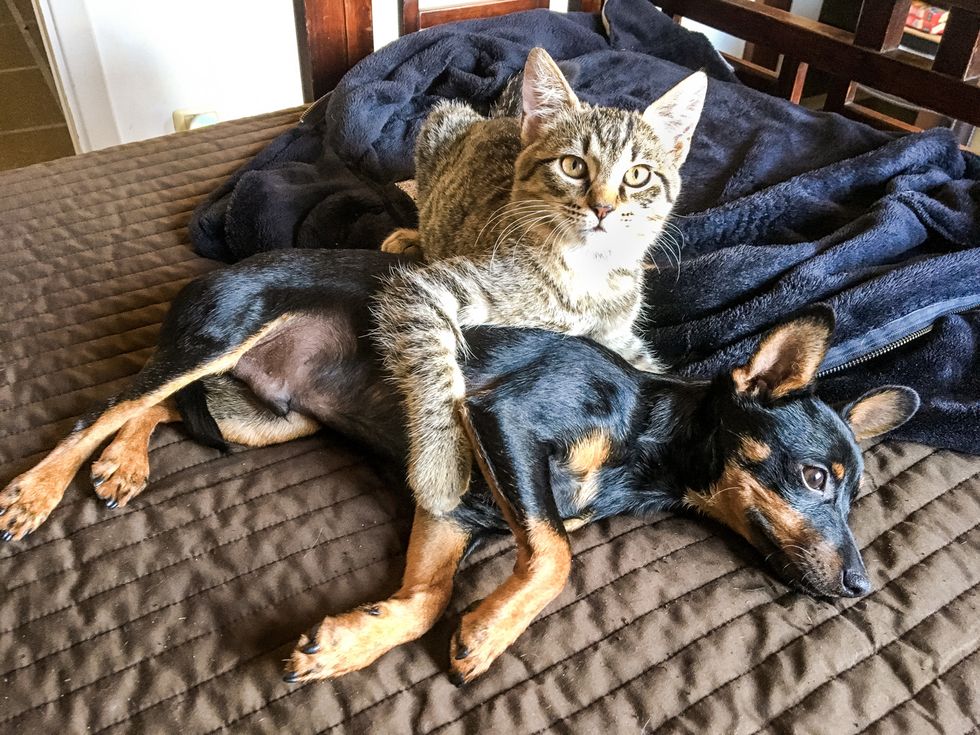