Tesla Owner Asks For Help On Twitter After Scumbag Unexplainedly Keyed His Car, And The Internet Delivered

Jealousy is like a disease, a lot of people are never happy with what they already have and some of them even go out of their way to ruin another person's belonging just because they can't afford to have it as well.

Twitter user @IIJustSupremeII was unfortunate enough to have his car keyed by a random stranger for no apparent reason. Thankfully, Teslas are equipped with several cameras that are constantly recording, but this scumbag definitely did not know that.

As soon as the man posted two still shots from the videos that were filmed by his Tesla’s motion sensor cameras showing the stranger keying his car, several Twitter users advised him to look up all the cameras in hopes of discovering the direction where the man was coming from and hopefully retrieve his license plates.

My Tesla Model 3 was keyed by this guy in the Bay Area... Likes and RTs appreciated pic.twitter.com/vQo7j5isBc 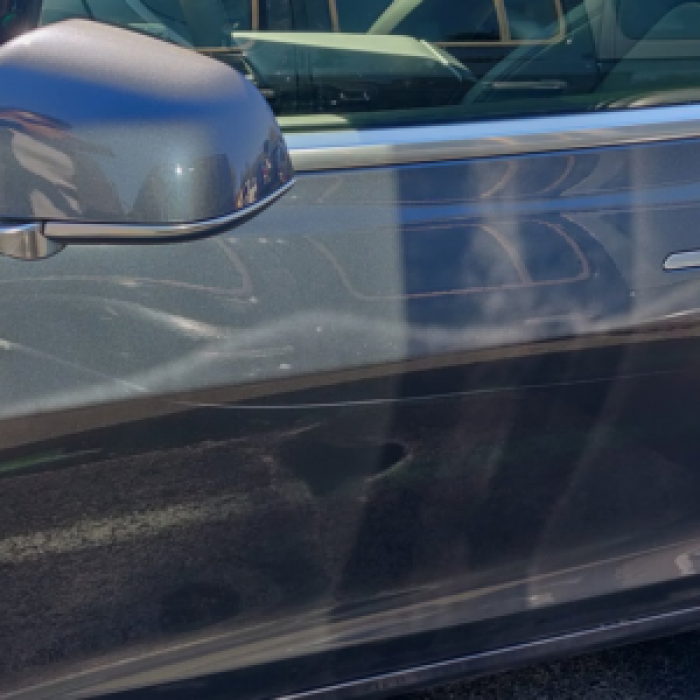 The criminal was consequentially caught by the police. He denied everything at first, but as soon as they told him about the footage, it all came back to him.

The guy's license plates were luckily visible from one angle and that was enough to lead the police directly to the criminal.

According to Frimpong, the criminal initially denied everything:

“With [the license plate] they were able to find him, and at first, he couldn’t remember being there, but when the cops told him they had the footage, it suddenly jogged his memory. He then confessed and “apologized”…”

“So, in the end, I talked to my insurance, and he will pay for the damages.”

People who absolutely appalled by what this scumbag did: