It's no secret Steve Irwin's children carry the exact same passionate heart that he did, but it truly shows here as his mother Terri and himself discuss the next steps for Australia's wildlife.

Hundreds of thousands of animals have been lost through out the duration of these wildfires across Australia, and while the numbers are staggering indeed, the final number has yet to be determined.

As much as we wish we could say it's all a bad dream, unfortunately we haven't even begun to wake up from this treacherous nightmare- Because the fires are still burning.

So many are facing the terrors in real time, like the firefighters who are risking their lives in a vast attempt to stomp out the fires one by one. While simultaneously saving as many wildlife as possible.

The whole world struggles to watch, scrambles to help in anyway they can, meanwhile the real scale of the damage that has been done is truly unfathomable.

The passion is in their eyes and we should all be very afraid of the world's new reality. 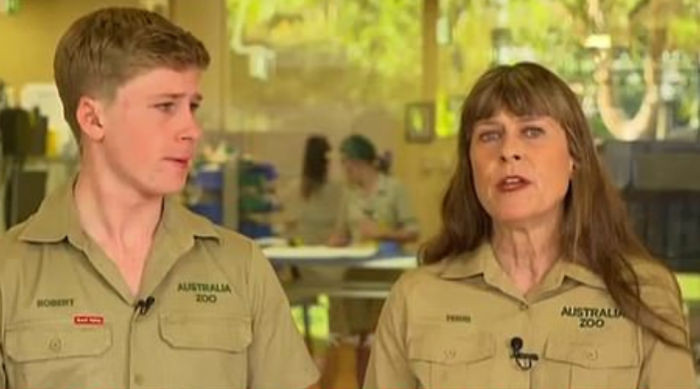 People are frantic to help the animals, from the front lines all the way across the pond, zoos, veterinary clinics, donations. It all matters. It all helps the ones affected most- the animals who have tragically lost their homes, their loved ones, and their lives.

The Australia Zoo Wildlife Hospital team is among the ones on the front lines, despite being almost 2k kilometers away from the fire zone, “We’re able to offer a safe haven for wildlife needing help,” Terri Irwin explains. Then her son Robert continued on by adding that they're seeing an immense amount of all different injuries. Which are ranging from minor to especially brutal. They're presently attending koalas, possums, birds, platypus as well as numerous other kinds of animals. All of them in which are being cared for by their purpose-built facility.

It may be inevitable to enlist koalas as endangered after this disastrous incident.

Sixteen year old Robert and his mother explained that the smoke inhalation and burns are affecting the animals most, but that also the animals are going to areas they shouldn't and otherwise wouldn't only to escape the horrendous conditions. This includes roadways, where they're being hit. Into domesticated animals domain where then they are being attacked. So then we're faced with this horrifying domino effect. As far as their concern for the koala population, it's because their koala instincts betray them. “Koala instinct is to go up, as safety is in the top of the tree,” Terri explained. “Eucalyptus trees have so much oil that they ignite and actually explode in a fire. That means being able to treat and help koalas is few and far between because they’re basically incinerated.” Robert adds, “We’re just trying to do our best to help in any way we can, but it’s an absolutely horrific situation. We’re heartbroken.” A firefighter working in the fire zone, Damian Campbell-Davys, saw the circumstances the country has been faced with and said: “Kangaroos can hop away, but koalas can’t escape.”

The online community noticed Robert's sincere response, I can't help but feel it's the exact same one his father would be having if he had faced the same scenario.

Our hearts are shattered, we can only hope that this mass devastation ends so very soon.