After A Failed Tinder Date, This Dude Sent His Best Advice And He Really Shouldn't Have

Modern romance is nothing like bygone eras. We once met people through other connections like friends, family, and work acquaintances, or in public spaces where meeting people was less stressful and scary, more jovial in nature. Today, the dating world has transformed almost entirely courtesy of the Internet. People are connected to people they otherwise never would have been, sometimes in cities, states, even countries or continents away!

These new unexpected opportunities created an opportunity of their own: dating apps. One of the most popular dating apps today is Tinder, a way to anonymously scour through profiles before swiping in a direction to indicate you're interested in matching! A lot of people have gone on to have successful relationships thanks to this interesting app, but also... a lot of unbelievable stories have been gifted to the Internet. Especially this one.

Kimberly is similar to most 24-year old women today. She's sweet, smart, and living her best life. Also similar to young adults today, she's down with the Tinder app. Until recently, most things have gone "you win some, you lose some," and not really that big of a deal.

Not too terribly long ago, Kimberly matched with someone and went on a date. It wasn't a great date and no follow up happened. Well, it seemed like no follow up was going to happen... 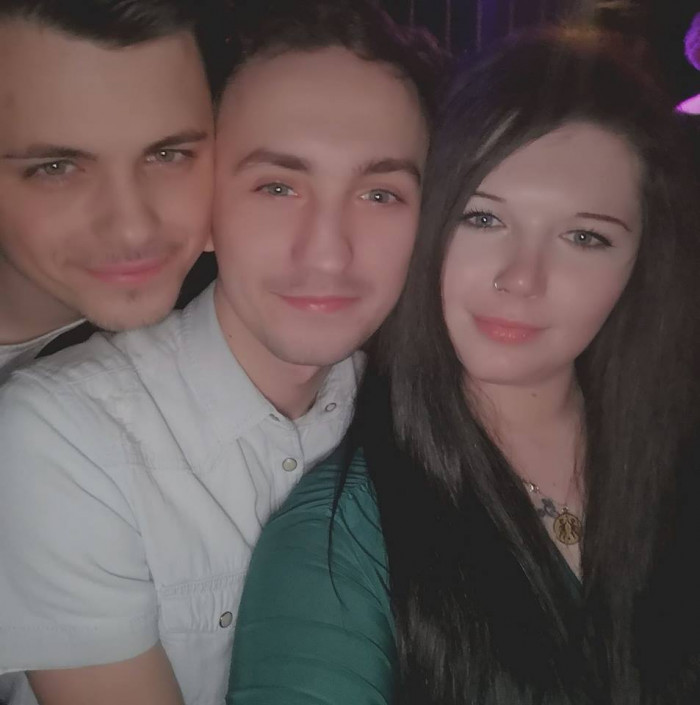 A few months after their lack-luster date, Kimberly received a message from the dude unlike anything she'd ever seen before, and surely unlike anything a nice young woman like herself would ever expect to receive.

The message was long... a full list of "tips" or "advice" that he felt Kimberly desperately needed. The unsolicited message was... unbelievable. Literally unbelievable. The misogyny and sense of entitlement this dude had to possess is almost hard to stomach and you literally have to see it with your own two eyes.

"I'd like to explain why I haven't messaged you..." with an extremely degrading and dehumanizing list about your appearance and personality. 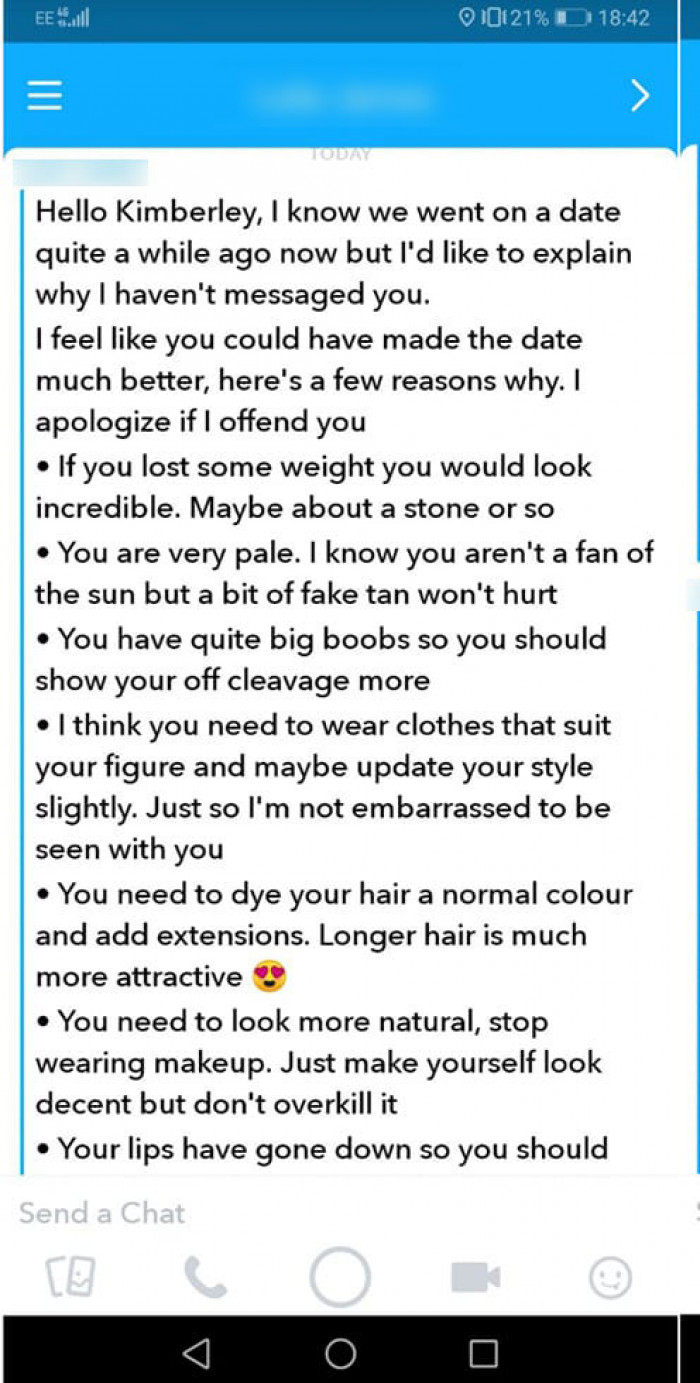 "Go for a more natural look but get lip fillers and hair extensions."

This dude is dense ASF.

"Be more sensitive to me ego and feelings..." while I tear you a new asshole and shred any sense of self worth you may have had.

Kimberly did the rational thing and exposed his messages, while concealing his identity, on Facebook with the caption:

And the disgust for the dude was so real.

The incredibly misogynistic and lengthy attempt to knock out any sense of confidence was unbelievable as it was, but to also include the tip to "be more confident" because "confidence is sexy," is jaw-drop worthy for it's lunacy.

For most young women today, we know that this sort of behavior is a lot more common than we want it to be. Obviously, not all men are like this, but the ones that are... well they're some of the loudest and most obnoxious variety. What really raised the "WTF" bar for everyone reading the messages sent to Kimberly, though, was that he ended by informing her, so graciously I might add, that if she followed all of his gold star advice that he might consider a second date.

Kimberly knew her experience was impressive, but she was still totally stunned how far it reached thanks to the world wide web. She received near countless messages and comments and was touched, posting a follow up to all who reached out:

After reading through the comments and messages I genuinely can't believe how many times this has happened to people. You are all perfect in your own way and never let any assholes or bitches tell you otherwise 💕

It probably goes without saying that she won't be seeking that second date, and despite the overwhelming request to drop his identity, Kimberly has remained respectful and refused to do so. She's a class act all the way!