Language is interesting. Most of the time, regardless of who in the world you talk to, you will find a resonating agreement: English can be the worst. However, contrary to what many people seem to believe: English is one of the easiest languages in the entire world to learn! Native English speakers in the United States may not always be super great at mastering the simple language, but on a global perspective it's quite easy.

Case in point? We have a lot of simple words that in other languages... are very, very different. They're so different it's to the point of being hilarious what the literal translations come down to. Have a look for yourself:

Jules Faria turned to the hilarious Facebook group "Monolinguals are the worst," to urge other group members to share their wit and wisdom.

From now on, I insist on fingers of the feet. 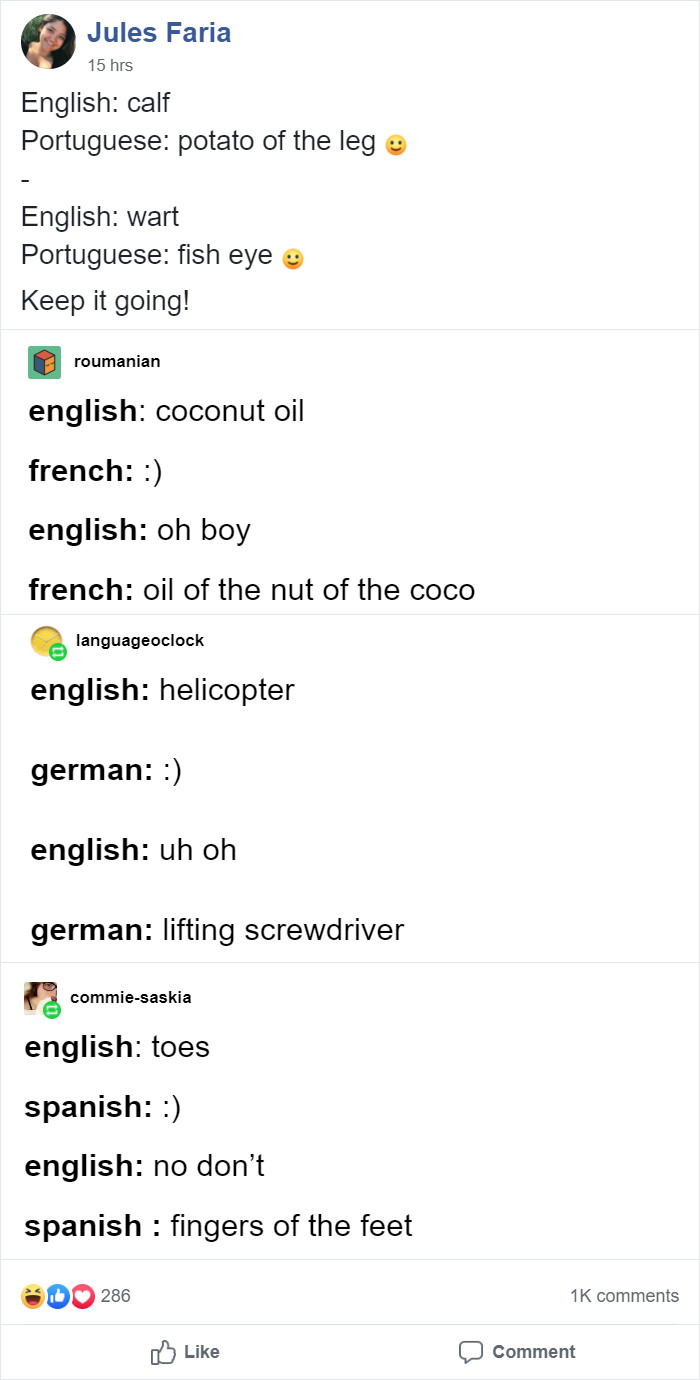 Face Facts: The best part about this series are the creepy smiley faces warning you of the hilarity to come.

Popcorn will never be the same ever again.

Can we not? Please?

Almost as cute as hedgehog.

D'awh! I'm not sure this one makes sense but it's cute.

Whelp! Can't un-see this one.

Oui-Oui, the French are at it again.

No wonder the Irish have the drinking stereotype!

If the Spanish can have fingers on their feet... then the Germans can have shoes on their hands.

A little too literal? Nah.

A new way to express distrust:

We stroll to the beat of our own drum.

I am curious to the backstory on this one.

I prefer the German one.

Everything is a pupper if you look the right way.

Save the little horse!