Veganism is a movement that has gained traction over the last decade. Those who have subscribed to this lifestyle are passionate about it and seem determined to do anything to make people share their beliefs.

This sometimes results in some misguided actions and comments that leave a black cloud over the movement.

An example of this was when one vegan posted a challenge to meat eaters suggesting that they should consume raw meat to see how unnatural it is to eat and by extension realise that veganism is the only way to be. This gained a response from the internet but not the one the vegan user expected.

One vegan user posted this image featuring graphic imagery that included text posing the challenge to meat eater to consume raw meat. This is because the poster not only believed the sonsumption of meat as unethical but outright unnatural. 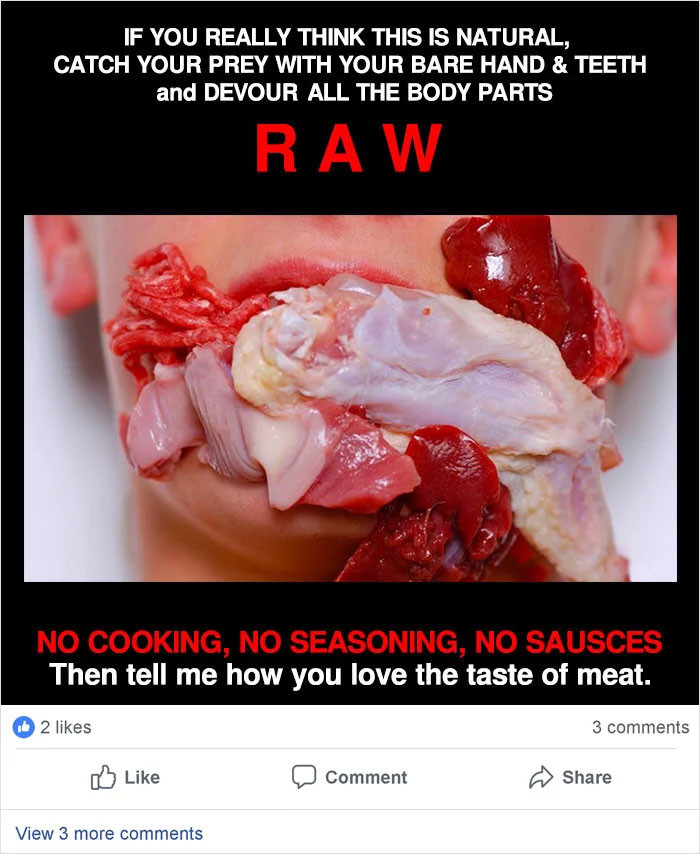 This post received a variety of responses but one comment stood out of the lot but not for the reasons the original poster would want though.

The evolutionary reasons to consume meat

One commenter spoke against the posters views. The comment explains the reasons why meat consumption was necessary for human evolutionary development. Scientists have backed up these remarks stating that it would have been vital for us to obtain the nutrition needed. They did however continue stating that we are now able to get the nutritional needs of today from various other sources.

Dr. William Kormos, editor in chief of Harvard Men’s Health Watch, stated that “As for how much meat consumption is ‘safe,’ many studies show a small rise in the risk of disease at levels of 50–100 grams (1.8–3.5 ounces) of red meat consumed daily.”

What is agreed on is that there is no one-size-fits-all when it comes to dietary needs and anyone who says there is one way or another is completely false, 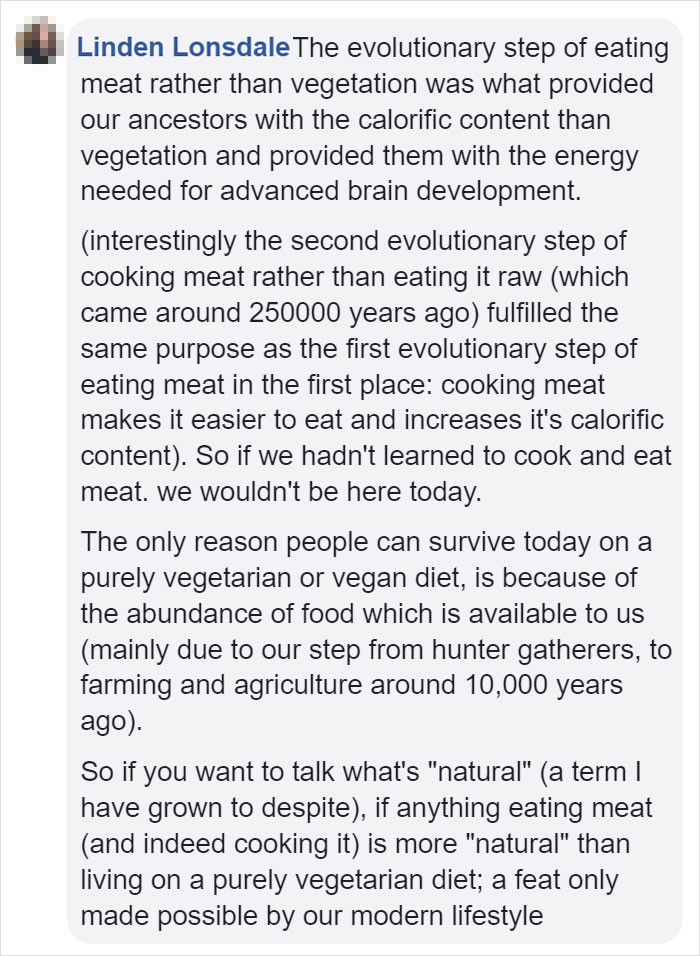 Some of the responses to the post and the comments it received... Such a one sided view

I think that's just your family

Respect people's eating habits even if they conflict with yours Arguments for and against raw meat Probably not that bad (if prepared properly)

Another way of consuming meat Was the meat cooked? Probably. accessibility to food then and now. What is more natural?